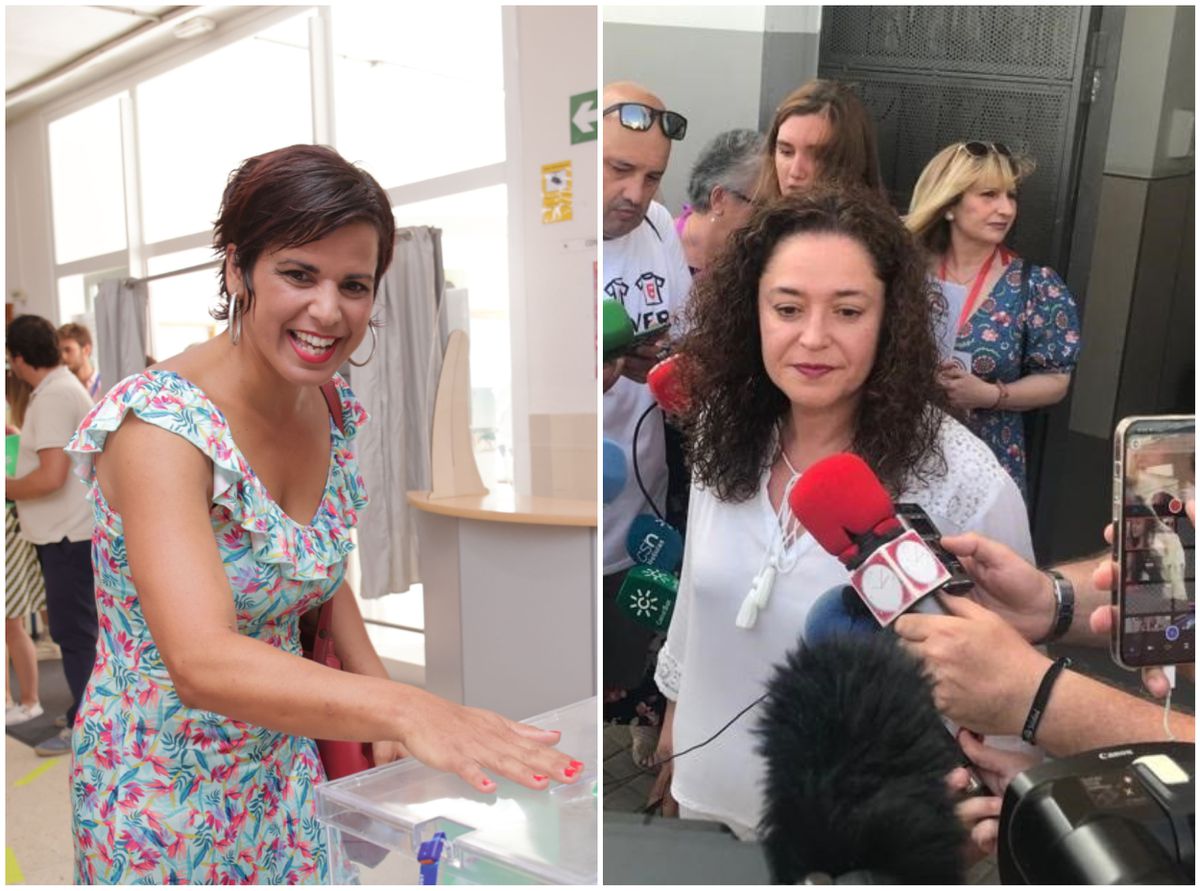 The Coalition for Andalusia fails at its premiere. The Podemos, IU and Más País union, the first bet to rebuild the space left of the PSOE, failed this Sunday in its attempt to mobilize the progressive electorate. The brand, supported by Vice President Yolanda Díaz and the rest of United We Can ministers, reaches its own faction – at least – by winning five seats and 7.7% of the vote; but the result is 8.5 points below what this political space achieved in 2018, when the anti-capitalist Teresa Rodríguez led the project and reached 17 MPs. Rodríguez, candidate for Adelante Andalucía, standing separately on the occasion, won two MPs (4.6%) and lost the support of her former peers in the ranks. After a campaign in which he went from less to more, the result, although very modest, confirms his commitment to an Andalusism free from Madrid’s “guardianships”. The collapse of the confluence led by Inmaculada Nieto threatens the viability of a coalition born amid controversy, the stability of United We Can and even the broad-front strategy promoted by Yolanda Díaz himself.

From the headquarters of the Izquierda Unida in Seville, the list leader of Por Andalucía wanted to scare away the ghosts and promised to “strengthen unity in space” and “make good use of the vote deposited in the candidacy”. “The reflection was correct. Unity is essential to strengthen institutional support for the actions we understand workers need. Unfortunately, the political force that has not now joined will be able to see the destruction of the elections, and therefore of society, caused by the disunity,” accused Nieto, avoiding self-criticism and blaming Teresa Rodríguez without naming her. Podemos sources have simultaneously tried to distance themselves from the result, attributing it to IU and Yolanda Díaz.

Andalusia has chosen. It’s a tough night for progressive people.
We must open a new era that looks to the future.
Citizenship is waiting for us

While in France the Union of the Left of Jean-Luc Mélenchon and the Socialists came second in the general elections, the Andalusian experiment has received a much tepid response. In addition to fighting the ignorance of Nieto among the population (only 35.8% of voters identified her a few days ago, compared to 69.3% who know Teresa Rodríguez), the parties have not been able to overcome the accident mark lighting. Tensions over the group’s name, leadership – which wanted to keep Ione Belarra’s formation – and the distribution of positions and resources delayed the agreement so much that Podemos and environmentalist Alianza Verde were removed from the official register (their candidates had to be listed as independent take part). The result caused great uneasiness in the party founded by Pablo Iglesias, who took it upon himself to express his anger, and deepened the crisis that began months ago with the party of Díaz and Alberto Garzón.

After the initial row, the reality is that Podemos has been blurry in the campaign. In the past few days, members of the coalition have expressed their fear that the party could be identified with Teresa Rodríguez’s option. In recent days, the leadership of Podemos Andalucía has been sending letters to the militancy and intensifying messages on social networks to reaffirm the idea of ​​their belonging to the coalition led by Nieto. It was of little use.

It is bad news for the Andalusian people that those who cut and privatize public services continue to rule. Thank you to the militants who wholeheartedly launched this campaign and who will continue to defend a social, feminist and green Andalusia. you are essential

The Adelante Andalucía candidate, whose formation received the result in Cadiz with applause from the streets and shouts of “beautiful”, has cracked down on her coalition partners. “They have put more effort into leaving us without means than dealing with the right and the far right, and I think they should do a soul-searching today,” he said. “Anyone who speaks about the framework of the disunity of the left should have thought beforehand. We should have kept that plural space, but for some, looking for the enemy within was a priority,” he accused.

With few resources, the anti-capitalist leader managed to differentiate herself from the other candidates with a message to a young, left-wing and Andalusian electorate. The result, although modest, assumes, in his own words, that “a seed of this purely Andalusian project germinates”.

From now on, doubts hang over Por Andalucía and the relations within this political space, including in Madrid. The blame game began in the night: while Podemos believes he was rendered invisible, IU took it for granted that a bad result would serve the Belarra to charge Díaz. Garzón has been the national leader who has most demanded the continuity of the project in recent days. “We have much more in common than any other small differences and we will continue to build on that,” defended the top leader of Izquierda Unida at the campaign’s closing ceremony. “Congratulations to those who gave their all to defend fair ideas. Stumble, get up, learn and get better,” said Íñigo Errejón, head of Más País, this Sunday.

Although Vice-President Yolanda Díaz has stressed on several occasions that her future platform will not be “a sum of acronyms”, but another process open to civil society and in which the parties will play a minor role, at least for the time being ., its commitment to the Coalition has been full in this election campaign. Unlike in Castilla y León, where his participation was minimal, in Andalusia he posed for the official photos with candidate Inmaculada Nieto and starred in mass events with the other national leaders (Garzón, Belarra and even Errejón). After the February election fiasco in Castilla y León – Unidas Podemos lost one of the two seats won in 2019 – the vice-president called for “deep reflection” and defended tackling the “real” problems of citizens in a new “country project”. “We have to look in the right place and do it justice,” he warned at the time.

This Sunday’s results paint a complex panorama and refine the atmosphere between the parties less than three weeks after Vice-President Sumar launched the tour of Spain to meet with different groups and craft their political program. Despite the recent dismissal of Irene Montero’s chief of staff, IU chief Amanda Meyer, and apparent dissatisfaction among themselves over the organization of the campaign, the formations had agreed on a kind of truce until the elections. What happens from now on is still unknown. For the time being, Podemos has decided not to call the usual Monday press conference while he waits for the United Left to make its own assessment. In any case, and unless his agenda changes, Pablo Iglesias, in his role as talk show host, will predictably be responsible for voicing his own dissatisfaction.