For 13 years.. Tickets for Al-Ittihad and Al-Hazm matches enter the history of the Saudi League 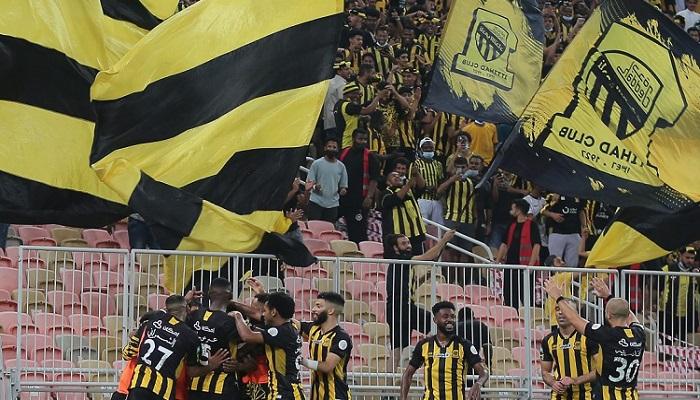 The tickets for the Al-Ittihad and Al-Hazm match entered the history of the Saudi Professional League through the widest doors, before the highly anticipated meeting between the two teams.

Al-Ittihad prepares to face Al-Hazm, next Friday, in matchday 25 of the Saudi Professional League, in an important match in light of the title fight with Al-Hilal.

Al-Ittihad failed to win the Saudi League title with the professional system 13 years ago, specifically since 2009, when it reached 55 points, becoming champion, 5 points ahead of Al-Hilal, the runner-up.

Since then, Al-Hilal, Al-Nasr, Al-Shabab, Al-Fateh and Al-Ahly clubs have taken turns to crown the local title, but Al-Ittihad has been absent from the scene.

With the difference between Al-Ittihad and Al-Hilal widening to 11 points, with 6 games remaining for the “Brigade” and 8 for the “Leader”, Al-Ittihad fans launched a “hashtag” to serve 60,000 fans in the next matches.

And the number of ticket holders on the official website of the Al-Ittihad club increased to more than 50,000 people, which means that the match will record the highest attendance in the professional league this season.

And the Saudi authorities had allowed fans to return to soccer stadiums with a full capacity of 100%, for the first time since sports activity was stopped in March 2020 due to the coronavirus.

It is noteworthy that Al-Ittihad had a lot of support from its fans this season, as the Saudi daily “Al-Sharq al-Awsat” published last November that the attendance rate of Al-Ittihad fans at the matches held at the team’s stadium is the highest among the competition’s fans with 28,008 fans per game.

It should be noted that Al-Ittihad played 24 games, compared to Al-Hilal’s 22, but Al-Ameed has a difference of 11 points, which can be reduced to 5 points if Al-Hilal wins both of its games.

It is enough for Al-Ittihad to achieve 5 wins in the next 6 matches to secure the Saudi Professional League title for the first time in 13 years.