Food shortages in Tunisia… and a “scandalous” message from the government 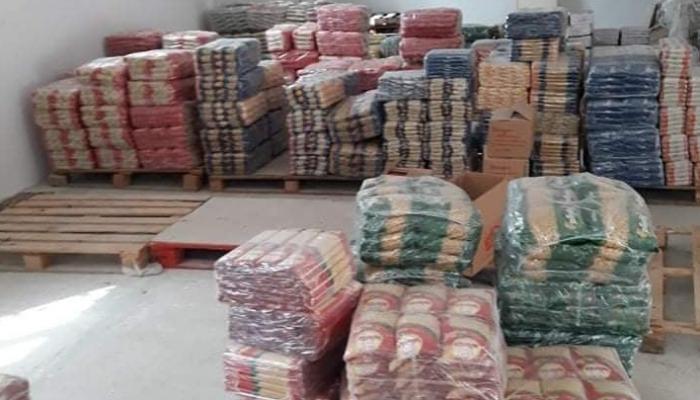 Husam El-Din Al-Tuwaiti, Director General of Commerce at the Ministry of Commerce, said the loss of staple foods is the result of accumulated problems, some of which are manufactured by political parties.

He stressed that these parties seek to intensify the situation for political purposes, and spread rumors about the subsidy system and the growth of monopolistic operations, in addition to the international and regional situation and its repercussions on the economy and the rise in oil prices. .

This occurred during a press conference organized by the Presidency of the Government on Friday to review the national program to combat monopoly, speculation and smuggling.

Al-Tuwaiti added that the monopolists, especially before the month of Ramadan, stockpiled goods on farmland and homes and made alliances with smuggling networks, which caused the citizen to lose trust in the government and start stockpiling basic materials, which caused the emptying of merchandise warehouses.

For some time, Tunisia has been suffering from a relative shortage of food goods and products, notably flour, oils, rice and bread, prompting supermarkets to specify quantities for buyers.

For his part, Hossam Eddine Jabali, official spokesman for the Tunisian Guard (gendarmerie), reviewed the results of the follow-up campaign launched by Tunisian President Kais Saied.

On March 8, Tunisian President Kais Saied called for a “relentless war” against monopoly and speculation in food products in his country, declaring “zero hour” of war against “those who abuse the people.”

Since March 10, the security and control agencies carried out raids on commercial establishments and seized quantities of basic and subsidized food.

Jabali confirmed that Tunisian security, in cooperation with the customs administration, carried out 198 economic control operations from March 10 to 17, as they raided 1,184 warehouses, arrested 75 people accused of monopoly, seized 2,700 tons of basic materials subsidized, 333,000 Tons of semolina (flour) and 252. Of flour and processing were seized 1644 cases of smuggling and arrest of 21 people.

He noted that stored staple foods had been re-pumped to market.

Tunisian President Kais Saied is waging a “relentless” war against monopolists and speculators in the market, accusing corrupt political parties and businessmen of being behind food monopolists to bring down his project of saving the country from corrupt and criminals.

He considered that what is happening in the loss of food in the markets is not a coincidence, but rather a premeditation and arrangement by those who are shaken by nostalgia before July 25, 2021.

Tunisia is preparing to soon announce the issuance of a presidential decree that criminalizes monopoly, and punishes with prison anyone who deliberately speculates on products and goods and hides them in a step that citizens considered important, and that would put an end to compromising the livelihood of the Tunisians.

The draft antitrust decree stipulates the adoption of harsh custodial sentences of up to 10 years in prison and the confiscation of all assets of speculators and monopolists, including homes, shops, cars and property.