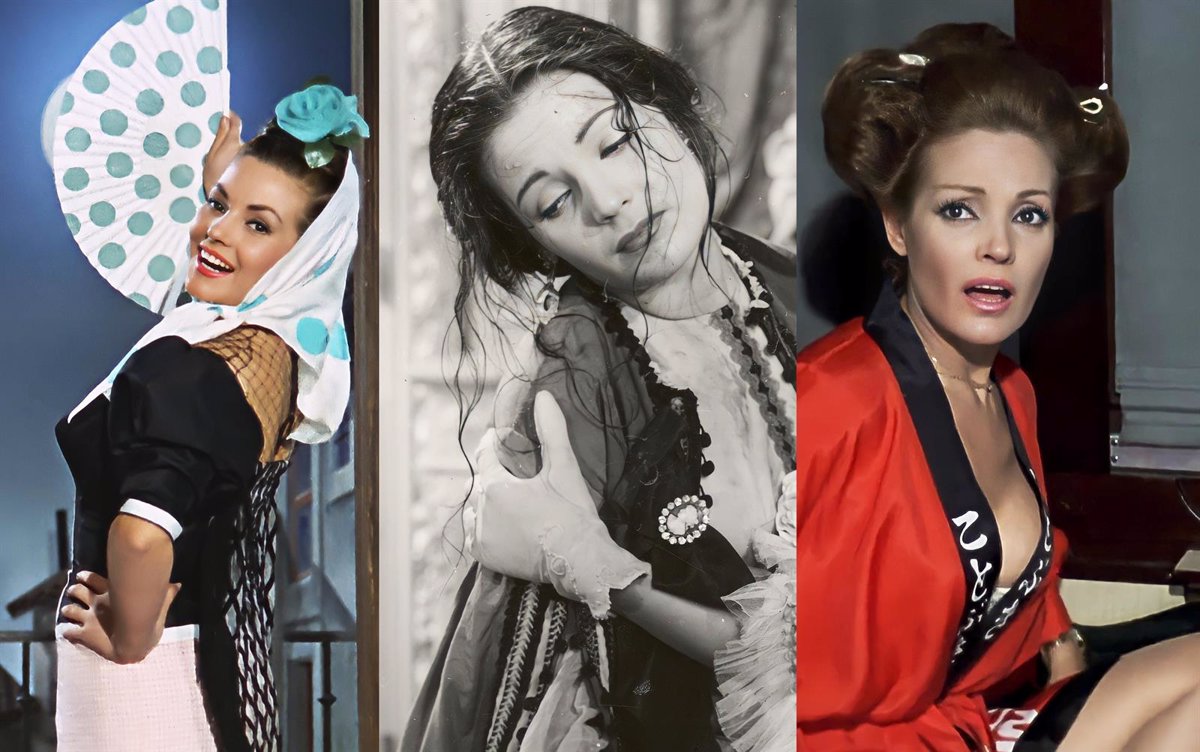 Starting this Friday, August 12, FlixOlé pays tribute to Carmen Sevilla with the launch of a collection that includes thirty of his best-known films. As well as compiling the best acting works of the affectionately nicknamed ‘Girlfriend from Spain’From his first couplets to his flirtation with the revelation, the platform presents the documentary “Our comedians: Carmen Sevilla’ in which, signed by Ramón Verdet, his professional colleagues (Jose Sacristan, Concha Velasco and Antonio de la Torre, names) are a tribute to the Andalusian artist who was able to say no to Hollywood.

Thus, the benchmark streaming service for Spanish cinema confirms one of the biggest stars of Spanish cinema and also the latest in a series of folklore films with a special of films going through its first sung solares, wacky comedy titles in the dawn of the reveal and also his most solemn dramatic roles with which he said goodbye to the seventh art.

Sponsored by Estrellita Castroone of the big stars of Copla, María del Carmen García Galisteo was still very young when she started in the late 40s with films like “The Troublemaker” (José Díaz Morales, 1950), the most famous adaptation of the popular Zarzuela, or ‘Sister Saint Sulpice’ (Luis Lucia, 1952), where a mixture of virtue and mischievousness dressed the habit of a nun from Carmen Seville.

His sincere yet seductive gaze soon captivated the camera, while his natural salt shaker did the same for audiences, giving him more and more roles. Tradition, folklore and white comedy were recurring elements in the characters he brought to life in the beginning, as in “imperial violets” (Richard Poittier, 1952), where the Coplist played a flower seller in the days of Eugenia de Montijo.

Other titles from the golden age of the “Bride of Spain” included in the FlixOlé collection are “The Evil Miller” (Leon Klimovsky, 1955), ‘Taming of the Shrew’ (Antonio Roman, 1956) and “Secretary for everything” (Ignacio F. Iquino, 1958) and ‘Bread, Love and Andalusia’ (Javier Setó, 1958).

REMOVE THE COMB… AND THE CLOTHES

After starring in the first Spanish film to be nominated for an Oscar: ‘The revenge’ (Juan A. Bardem, 1958) Carmen de Sevilla’s fame crossed borders and across the pond Hollywood issued the actress and singer a blank check. However, folklore refused such an opportunity to continue working in his country, where in the 1960s he was the star of “typically Spanish” musicals with titles such as “Monica’s Secret” (José Mª Forqué, 1961), “The Balcony of the Moon” (Luis Saslawsky, 1962), where she shared the limelight with her friends and stars Lola Flores and Paquita Rico, “Summer Cruise” (Louis Lucia, 1964), “Way of the Dew” Y “The Reliquary” (both by Rafael Gil, 1966 and 1970 respectively).

In the ’70s, Carmen from Spain literally let her hair down. Besides the anecdote Slapped Charlton Heston while filming Mark Antony and Cleopatra (1972), Carmen Sevilla served this decade to put aside peineta and mantilla cinema and dabble in other genres.

To the disclosure tapes we must add more technical and argumentative films of greater depth. title like “No one heard screams” (Eloy of the Church, 1973), “It is not good for a man to be alone” (Pedro Olea, 1973), “The Wolf and the Dove” Y ‘Beatrice’ (both by Gonzalo Suárez, 1974 and 1976) showed that his art knew no labels or genres, leaving behind a filmography worthy of a star that few Spanish cinemas have had.