Flight to Ukraine: request for help from Berlin – cooperation with Airbnb 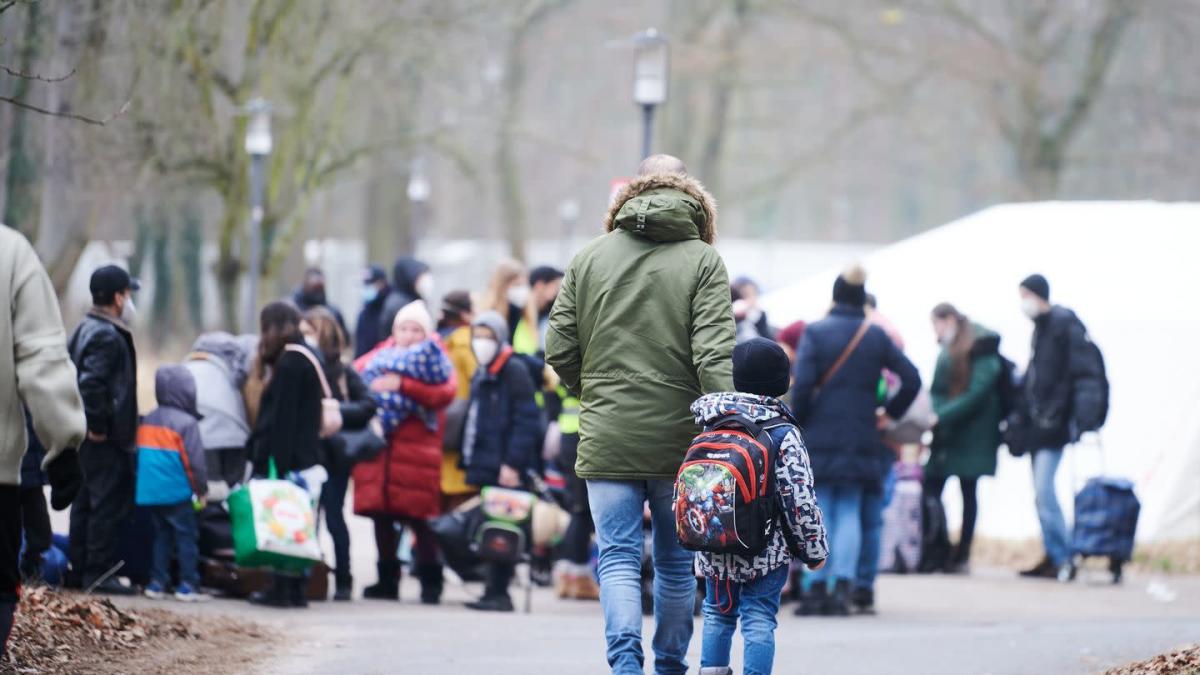 Lübeck/Berlin (dpa) – Children and young people who come to Germany fleeing Russian wartime violence must be integrated into schools as soon as possible.

Stark-Watzinger and the president of the KMK, Schleswig-Holstein Education Minister Karin Prien (CDU), announced that they would involve the Ukrainian teachers who had fled to Germany. A strong signal of cooperation was sent between the federal and state governments. “I think that’s appropriate for the situation.” Prien said that they wanted to use digitized Ukrainian textbooks. “We will work together to secure the rights to these textbooks so we can use them.”

According to Priens, the federal states are preparing for a large number of children and young refugees from Ukraine. “Certainly there will be many hundreds of thousands of children who will come to us,” she told ZDF’s “Morgenmagazin”. Regarding the scientists who have fled, Prien announced that the federal and state governments, but also the alliance of major scientific organizations, will jointly establish a point of contact to provide access to all programs and assistance to those seeking information and help.

Another theme of the joint consultations between the federal and state governments was the connection between social origin and educational success. Dissolving this connection is a central concern of educational policy. “We have to get better at that and we want to tackle it together,” Prien said. Stark-Watzinger called it unacceptable that a fifth of students leave school unable to read properly. “These are basic skills that mark a lifelong path.”

The federal government is also now working with the US accommodation broker Airbnb nonprofit to accommodate the refugees. This was announced by the Federal Ministry of the Interior on Thursday in Berlin. Cooperation for the private accommodation of refugees has been agreed with Airbnb.org and #Unterkunft-Ukraine, an alliance of various organizations and social enterprises.

“We are experiencing a wave of solidarity. Civil society has already mobilized 300,000 free private offers throughout Germany. Now it is important to organize the mediation in a structured way with a constantly growing number of arrivals,” said Secretary of State Markus Richter. People who want to offer accommodation to refugees can register through www.wohnung-ukraine.de or airbnb.org.

Airbnb.org already has experience placing refugees, including those from Syria and Afghanistan. According to its own statements, #Accommodation-Ukraine was founded on the first day of the conflict and has already “activated” 280,000 free private accommodations.

The government of the state of Berlin is overwhelmed by the large number of war refugees arriving from Ukraine and hopes to receive help from the federal government and support from the armed forces. The capital will not be able to cope with the influx of people alone, said Governor Mayor Franziska Giffey (SPD). “That means that the support of the federal government is essential for the next few days.” Interior Senator Iris Spranger (SPD) announced that she would request administrative assistance from the Federal Ministry of Defense on the same day and request support from the Bundeswehr.

“I think that Berlin, as the city most affected by this situation, more than any other federal state, may also be entitled to apply for federal support,” Giffey said. So far, more than 8,000 war refugees have been accommodated. “We are at a point where we need 1,000 beds in the city every night.” Interior senator Spranger told the plenary session that Berlin is in an emergency and is therefore considering help from the Bundeswehr: “We have about 40 helpers that we may need.”

Comprehensive medical care in Germany must be financially guaranteed for refugees. The federal government is preparing a clarification on this, as Health Minister Karl Lauterbach (SPD) announced. Its aim is to ensure that the rules on funding through the Asylum Seeker Benefits Act are interpreted broadly and that not only acute but classical care is paid for.

Lauterbach explained that they do not want children with cancer to come to Germany and then not be treated because the law does not contemplate it. According to the ministry, federal states generally handle costs with health insurance companies.