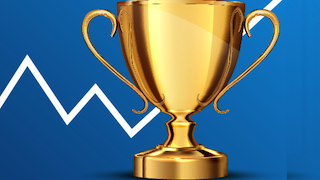 Within the Spanish stock market, Ramón Bermejo, market strategist, analyzes the Ibex 35 basket in which stocks such as Acciona, ArcelorMittal or Grifols are some of the “chosen” ones due to their technical aspect. Bermejo acknowledges that in the case of ArcelorMittal “we have a double, triple minimum pattern. We have broken above Friday’s highs, which is positive as it invalidates Thursday’s figure. As a sign of strength, we watch for the resistance to be overcome at 29,780 euros. We can estimate a bullish target towards 34.97 euros for two lows, at a distance of 19.85%”. See the analysis of the Ibex 35 Basket.

The stock is, along with ArcelorMittal, one of the stocks that generates the most interest in the short term. A value in which the short-term rebound originating from 9,100 euros per share is insufficient to consider a change in trend, since (1) it remains under the downward guideline that starts from 12,905 euros and, ( 2 ) is not even capable of overcoming the first resistance, previous support, of 10,575 euros per share, a level that approaches the Fibonacci 38.2% of the current bearish structure, acknowledges José Antonio González, technical analyst at Investment Strategies.

On the other hand, Banco Santander strengthens its position on 3 euros per share, with mixed opinions from market experts, who do not choose Santander as the best option but show a larger upward trend compared to other stocks in the sector on the Ibex. While announcing the terms of its share buyback and early redemption of CoCos.

Within the Eurostoxx 50 , Adyen NV is on the upper side of the medium-term bearish channel, a close above the upper side would represent a sign of strength. In the short term, it runs within a lower grade bullish channel. The market is describing a figure of reversal, if the minimum is violated tomorrow, new minimums could be generated in the session on Friday. See the weekly analysis of the Euro Stoxx 50 Basket.

In the Nasdaq 100, at the end of the analysis, there are three valuable assets that potentially include NVIDIA. A value in which the double minimum objective allowed estimating a move towards 221.27 USD, has a distance of 10.19%. There is another positive element apart from the increase in volume, which is the break of the medium-term downtrend line on a daily close. Then there is also another fact and that is that a trend continuation bearish HCH figure has been invalidated by breaking the resistance at $246.65. Three bullish stocks on the Nasdaq 100.

The S&P 500 and Nasdaq 100 indices are coming off their biggest weeks since November 2020 even after a rocky start to the year. But the question now for investors is whether the gains hold. Bloomberg brings us this vitally important report for the stock market in 2022. Alert: possible drops of up to 20% in the S&P 500 and Nasdaq

And if we talk about technology, it is necessary to talk about Bitcoin. An asset for which the founder of Apple, Steve Wozniak, could reach $100,000. The first cryptocurrency in the market advances positions like the financial markets, relaxing the tension sustained since the beginning of the war. Therefore, it rises from the psychological level of $40,000 while some determinants of the virtual currency par excellence see a level that can break the highs in the medium and long term. Wozniak considers the interest in cryptocurrencies to be very high and expects the price of Bitcoin to reach $100,000. Although he acknowledges that his predictions are not based on any mathematical formula, but are based on the investor appetite that is reflected in the cryptocurrency. For an asset that, on other occasions, Wozniak has pointed out, in the specific case of this virtual currency, which is mathematically pure.