Fitness reduces the risk of Alzheimer’s and dementia 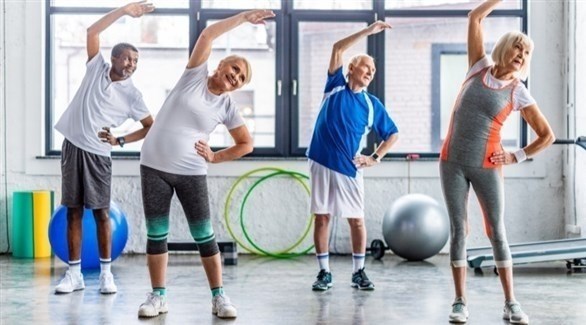 A recent study found that cardiorespiratory fitness is a factor linked to the development of dementia and Alzheimer’s disease later in life. And those in better shape had a 33 percent lower risk of cognitive decline.

The George Washington University research team tracked health data and fitness tests over an 8½-year period for 649,405 veterans ages 35 to 90.

Electrocardiograms and jogging tests showed a strong graded inverse association between cardiorespiratory fitness and reduced risk of Alzheimer’s disease. This means that the fitter a person is, the less likely they are to develop Alzheimer’s disease in the future.

According to the report published by “Medical News Today”, Professor Edward Zamrini, supervisor of the study, advises improving cardiorespiratory fitness, even a little, because any change, no matter how small, and at any age period is reflected positively. on susceptibility to dementia in old age.

And the medical journal “The Lancet” mentioned in 2020 several lifestyle factors that can reduce the risk of developing Alzheimer’s in 40 percent of humans, namely: maintaining physical fitness, eating a healthy diet, sleeping well, maintain a strong sense of social connection. , avoid alcohol and smoking, and reduce stress.