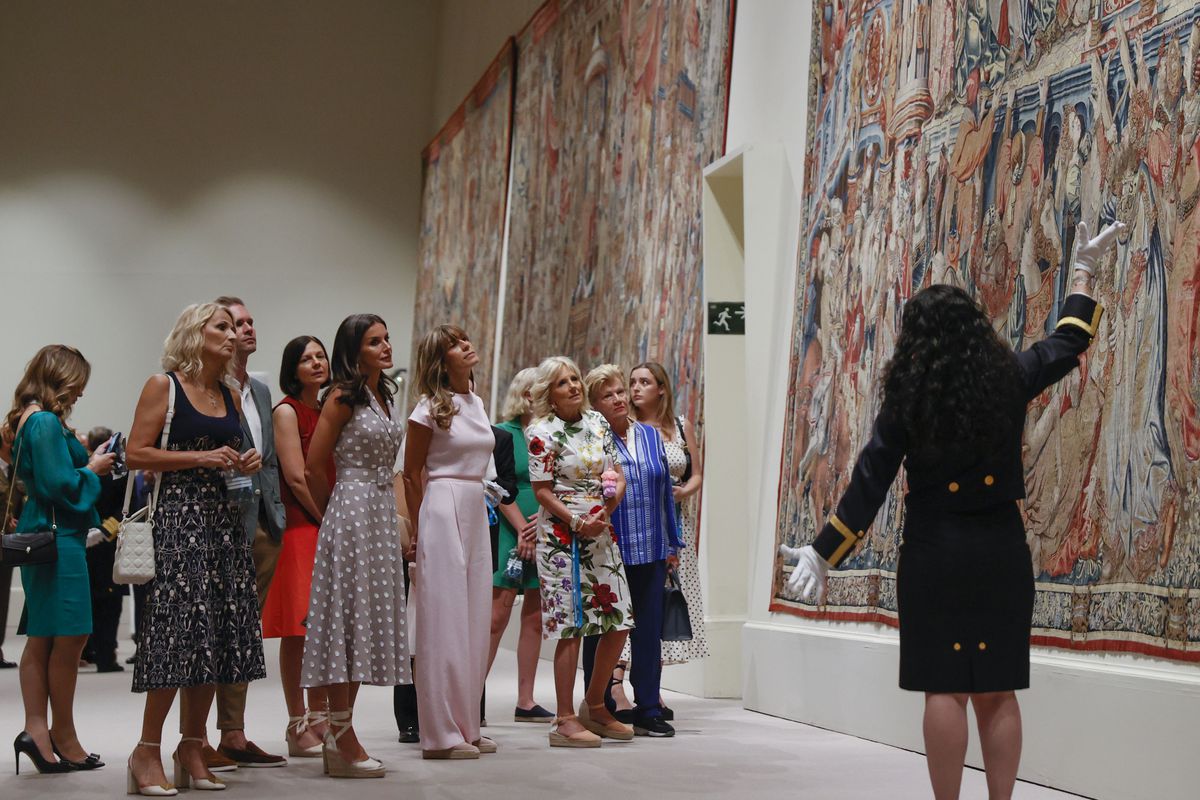 The NATO Summit in Madrid left a powerful image that is hard to beat in the family photo albums of this type of event. No one remembers the usual flat, bland backgrounds of previous appointments, but the stamp of the leaders will stay with them Las Meninas Velázquez at the Prado Museum, transformed into the Alliance headquarters for a few hours.

The summit, as the President of the Government and the leader of the opposition have said, was an organizational success, but it did not achieve all of its objectives, such as “projecting an image of modernity”, as Pedro Sánchez put it. Because something squeaks in the pictures of the parallel and public agenda of the companions of the NATO leaders. In black and white and with the famous voice of NO-DO, who narrates his visit to the tapestry room of the Royal Palace of La Granja, it seems like another time. It screeches because unlike those dark ages, now those leaders who meet to agree on strategies against the common enemy are chosen, but their partners are not. And it squeaks, because when both agendas are combined, be it a NATO or a G-7 summit, you see: On the one hand, a group of leaders with an overwhelming presence of men talking about the war, and on the other to a predominantly female group involved in tourism. It’s an unfair contrast, but it’s also what’s projected.

In 2019, at the G-7 summit in Biarritz, the image of some leaders’ wives standing on the field in high heels, smiling and posing with baskets of peppers, drew derision. It didn’t help that then-President of the European Council Donald Tusk released a video with the message: “Melania, Brigitte, Malgosia and Akie. The Light Side of the Force,” referring by their first names to Donald Trump’s wives, Emmanuel Macron, Shinzo Abe and his, who looked out to sea from behind during one of the scheduled entertainment performances. At the 2017 NATO Summit in Belgium, the leaders’ companions visited the Magritte Museum, the Royal Palace and a luxury accessories shop while their partners discussed the fight against jihadism. In the same appointment, the White House omitted the name of Gauthier Destenay, husband of the Prime Minister of Luxembourg, from the official photograph of the spouses of the leaders of the Atlantic Alliance. Ten hours later, after a barrage of criticism, he corrected.

It’s not a Spanish problem. Here the so-called First Ladies are generally reticent and several have kept their jobs, which has avoided the problems this figure has generated in, for example, the neighboring country, where Macron has even pushed for the officialization of their functions with their own statutes and budget. But Spain as host country has been the scene of this latest anachronism. They talk about the war while they go sightseeing and the media comment on their clothes and the shoes they have bought.

Does the concept of the “First Lady” make sense in the 21st century when, logically, there are already several “First Gentlemen”? Must the partners of the presidents or presidents accompany them and cultivate a parallel and public agenda as the spouses of -? At successive summits and high-level meetings, has anyone missed Angela Merkel’s husband watching his wife’s inauguration on TV? Does anyone remember how he dressed on the few dates he went on?