Fire crews tackle a swamp fire in the Wirral 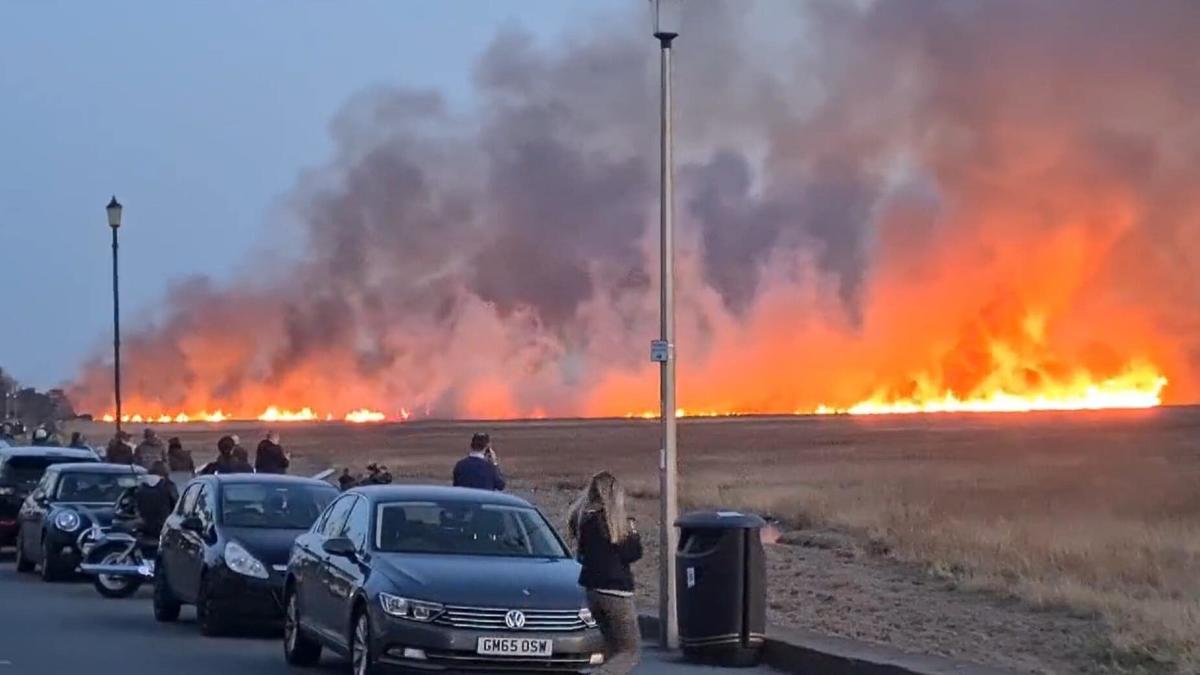 Firefighters are battling a fire believed to have been started deliberately in the Wirral marshes.

Fire trucks arrived at the spot where about a square kilometer of swamp is on fire at Parkgate, near Neston, around 6:20 p.m. Saturday.

The fire raised concerns for wildlife in the marsh, which is an Area of ​​Special Scientific Interest and a reserve looked after by the RSPB wildlife charity.

The Cheshire Fire and Rescue Service said there were six fire trucks at the scene with firefighters initially battling two fire areas with beaters and hoses.

However, around 9:20 p.m. he said a fire engine had pulled out and crews were letting the fire burn due to unstable ground.

Meanwhile, firewalls have been established to protect nearby properties.

The fire service also said police have been told the fire is suspected to have been started deliberately and a fire investigator is to attend.

Station manager Carl Nevitt, the officer in charge of the incident, said: “The swamp is a site of special scientific interest.

“The fire covers about a square kilometer of the area and is being driven by the wind.

“We have created firebreaks to protect properties and the police air support unit has been used to give us information on the direction of the fire’s spread.

“We expect to remain on scene for at least the next three to four hours and would ask people to stay away from the area as we tackle the fire.”

An RSPB spokesman said: “We are shocked and saddened by the fire that has devastated the Neston Reedbed part of our reserve tonight.

“The full extent of the damage will not be known until tomorrow morning, and we will share more details once more information emerges.”

People have taken to social media to express their horror, with one Twitter user describing the fire as a “appalling sight”.

Another wrote: “This is terrible and a disaster for wildlife at the start of the breeding season.”