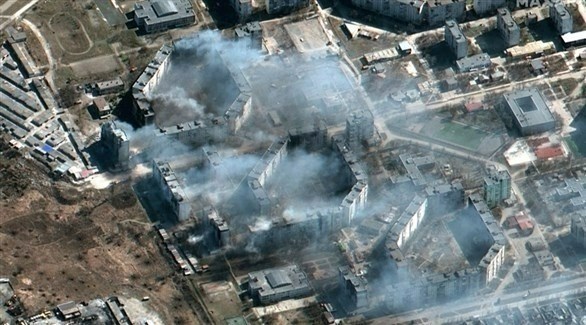 On the catastrophic situation in the besieged Ukrainian city of Mariupol, in the south of the country, which the Russian army is trying to storm, the correspondent of the British newspaper “Financial Times” in Lviv wrote that in the besieged city, which is witness to the Fierce fighting in Russia’s three-week war against Ukraine, starving residents deliberately kill stray dogs for food.

The medieval Russian method of siege resulted in severe food and water shortages. Because the gas was cut off, residents were cooking food in pots over wood fires they got from broken furniture.

Demetro, a businessman who left town last week, says his friends told him they had resorted to this desperate method after running out of food in recent days. “You hear these things, but it’s impossible to take them seriously or believe what’s going on…it’s hell on earth,” he added.

Once one of the most important ports in Ukraine, Mariupol has become a mortuary and a ghost town. For more than two weeks, the city has been under heavy Russian bombardment, turning its neighborhoods into a heap of destruction.

After three days of punitive air and artillery attacks, which breached the fortifications of the three defensive lines, the Russian forces entered the center of the city, with fierce fighting in the main shopping streets and near the emblematic Theater Square.

Russian forces had previously taken control of the Levobergeny Rayon suburb to the east of the city, as well as Microroni, which are residential neighborhoods in the northeast, according to Ukrainian journalist Anna Romanenko, who is in close contact with Ukrainian forces there. “The front line now extends to the center of Mariupol,” she added.

Dmitru was one of the residents contacted by the Financial Times by phone after they were evacuated last week to the Ukrainian-controlled city of Zaporizhia, 230 kilometers to the west. All said the attack was so brutal that it devastated the city, killing and maiming countless civilians and leaving survivors with deep wounds.

Given its strategic location on the Sea of ​​Azov, the entrance to the Black Sea, the Russians focused on Mariupol from the first days of the war. Days after entering the city, his forces began shelling it, cutting off electricity, gas and water supplies, leaving 400,000 people to languish in bitterly cold shelters, hugging each other for warmth. Mariupol authorities say 2,400 city residents have been killed since the start of the Russian invasion.

stray dogs
Eyewitnesses describe scenes like on Resurrection Day, when stray dogs eat the remains of corpses in the streets. Dead civilians were placed in mass graves, or some were buried in the gardens of houses. It was too dangerous to hold an ordinary burial.

The Russian method of siege, dating back to the Middle Ages, caused severe food and water shortages. Because the gas was cut off, residents began cooking food in pots over wood fires they got from broken furniture.

Authorities sounded the alarm after Russian fighters shelled the city’s main theater last Wednesday, raising fears for the fate of hundreds of women and children who used the theater as a shelter. It is unclear how many people were killed or injured as a result of the attack.

Now, the residents face a new danger of evacuating part of the population to Russia with the uncertainty of the fate that awaits them there. Romanenko said the evacuees are being vetted by Russian officials “to see if they are worthy…and their backgrounds are being investigated by exposing their social media to see if they contain anything anti-Russia.”