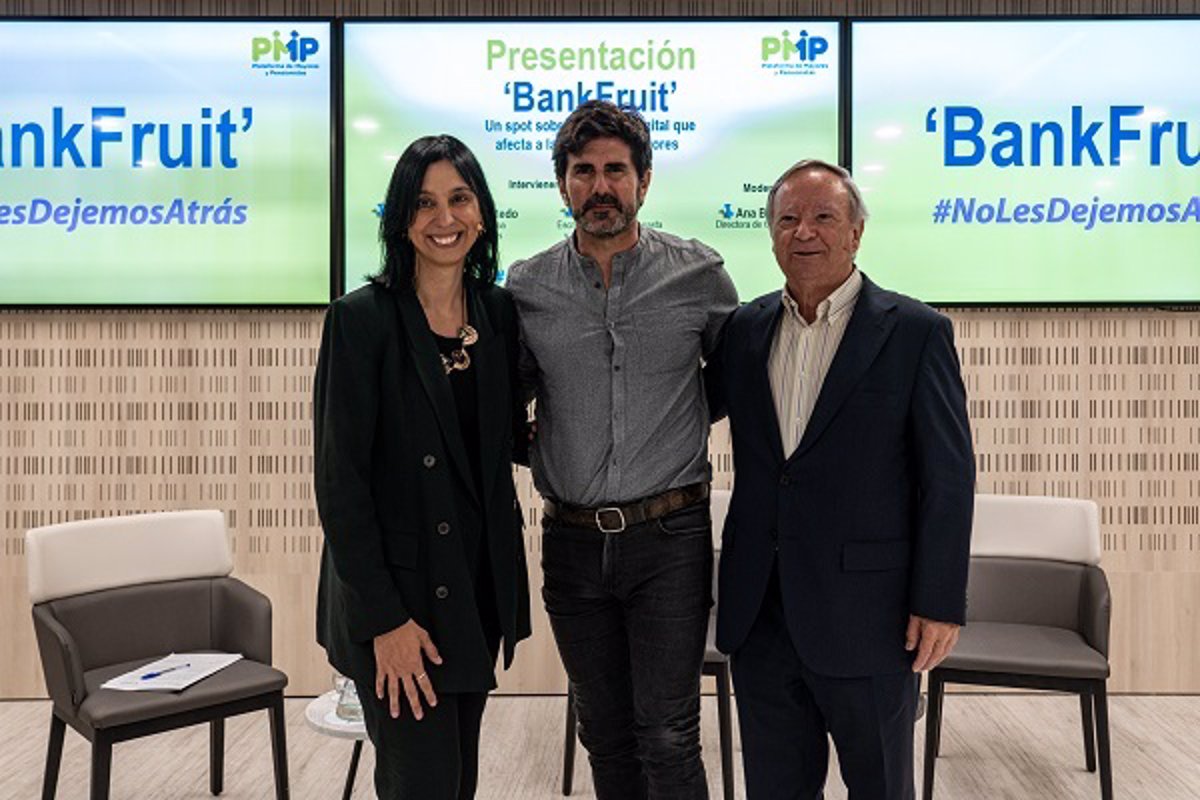 Filmmaker Hernán Zin this Tuesday presented the spot “BankFruit” he made for the benefit of the Platform for Seniors and Retirees (PMP) to denounce the digital divide affecting older people.

Zin made the video altruistically for the PMP, following the campaign launched by this platform against financial exclusion and the digital divide in both public and private services, with the aim of “making visible and humanizing” this problem.

Hernán Zin has stated that the main reason for producing the spot is his own “frustration as an entrepreneur and audiovisual producer”.

“The abuse suffered by SMEs from banks during the pandemic could not have been greater. So I feel identified with the difficulties that older people suffer,” he said.

With that in mind, Zin believes this is a situation that should be denounced because it reveals a “lack of ethics, empathy and ultimately humanity on the part of financial institutions and public authorities.”

“We have to say enough, let’s return power to the people, always in a peaceful way and carry out a work of denunciation and dialogue as carried out by the PMP,” he concluded.

For his part, Ángel Rodríguez Castedo thanked Hernán Zin for his altruistic contribution, stating that this video will help “give a breath of fresh air and make society aware of the digital divide”.

“It is true that this sense of contempt we have suffered has helped spread a general uneasiness that has led to campaigns to collect signatures against banks’ treatment of elderly people like Carlos San Juan, what led to administrations finally listening to the message, and our role as a platform began to be present,” he explained.

Below, Rodríguez Castedo summarizes all the activities carried out by the PMP in recent months, which have primarily focused on creating a legal framework that protects the rights of older people from the digital divide imposed by financial institutions, because, as he has asserted, “What they have done is a lack of respect and good management in not giving personal and personal attention”.

“There are 170,000 million euros in pensions that the banks manage, they should receive us with all honor every time we approach one of their offices, but what happened is a contempt that violates people’s dignity,” said he.

Likewise, the President of the PMP has stated that they will continue their work, “not only in relation to financial companies, but also to other private companies such as telephone companies, electricity companies and, moreover, to the digitized services offered by the various public administrations”. Their main claim is to restore personalized and human attention.