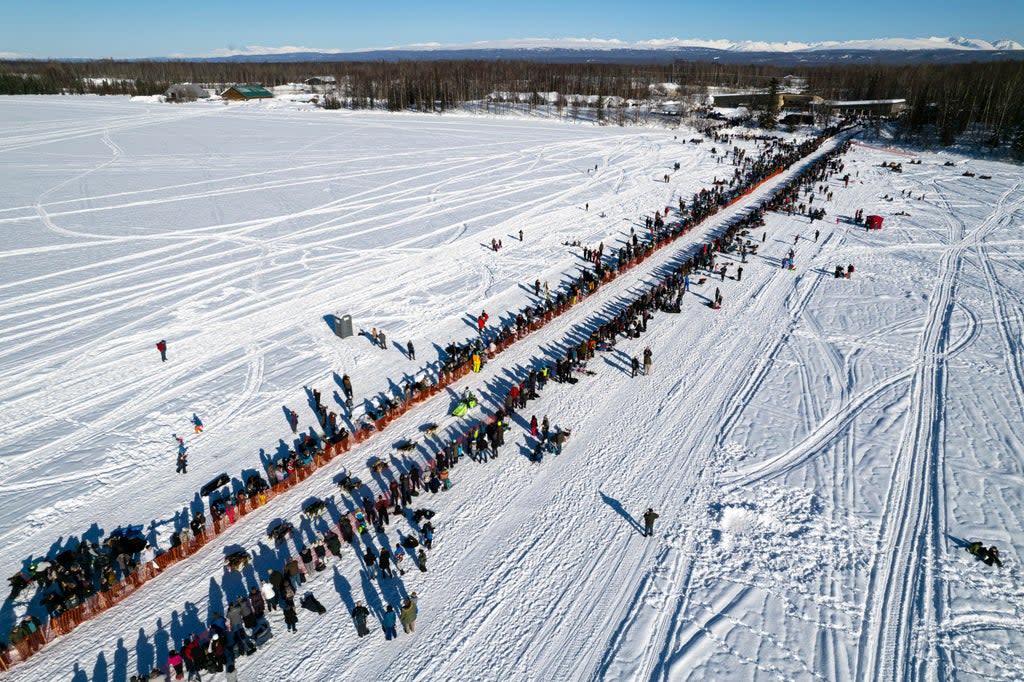 Three additional mushers who were running at the back of the pack have been scratched from this year’s Iditarod Trail sled dog race after accepting assistance during a massive dirt storm.

Friday’s ferocious storm forced a total of six mushers to scratch after they sought help from the storm that brought high winds. Two of those mushers needed a rescue out of the trial with just a few miles to go on the nearly 1,000-mile (1,609-kilometer) race through Alaska.

Dos Santos Borges and the Deeters accepted assistance between the White Mountain and Safety checkpoints, which is just 22 miles (35 kilometers) from the finish line in Nome.

A White Mountain search and rescue team on snowmobiles helped mushers to a Nome Kennel Club shelter cabin, where they survived the storm.

When conditions improved, Iditarod volunteers were able to help get the three and their dog teams to Nome, where the dogs will be checked out by veterinarians.

All three mushers were in contact with Nordman while in the shelter cabin and reported that their teams were in good health.

Early Friday, two mushers had to be rescued and a third scratched after receiving assistance at a checkpoint.

Rookie Gerhardt Thiart, a South African native now living in Cheboygan, Michigan, activated his emergency beacon due to the storm and a leg injury. A passerby on a snowmobile found him and took him to White Mountain. Ultimately, he was flown to Nome to assess his injury.

Musher Bridgett Watkins of Fairbanks was able to contact her family in Nome for help. Regardless of that call, her husband Scotty had left Nome with other people on snowmobiles to help the sled drivers in the storm and tracked her down. She was taken to the clinic in White Mountain for an evaluation and eventually flown to Nome, 77 miles (124 kilometers) away.

Another musher, rookie Sean Williams of Chugiak, also scratched himself Friday night after getting assistance from someone on a snowmobile getting back up White Mountain.

The world’s most famous sled dog race kicked off for 49 mushers on March 6 north of Anchorage. The trail took them over two mountain ranges, along the frozen Yukon River and then along the ice of the Bering Sea off the western coast of Alaska.

Since then, 12 mushers have scratched, helped by them on Friday.

Eureka’s Brent Sass won the race on Tuesday. He had his own run-in with bad weather just a few miles from the finish line with strong winds blowing off the Bering Sea. He fell off the sled and lost the trail.

He thought he was going to have to duck, stopping with his dogs to wait until the weather cleared.

“I couldn’t see anything,” he said in a post-race interview.

“The dogs, the only reason we got out of there is because they trusted me to get them back on the trail. And once we got back on the trail, they took off again at a hundred miles an hour, and we were able to stay on the trail and get in here. It was a lot of work,” he said.

There were still four mushers left on the route from Saturday night, heading from White Mountain to safety.