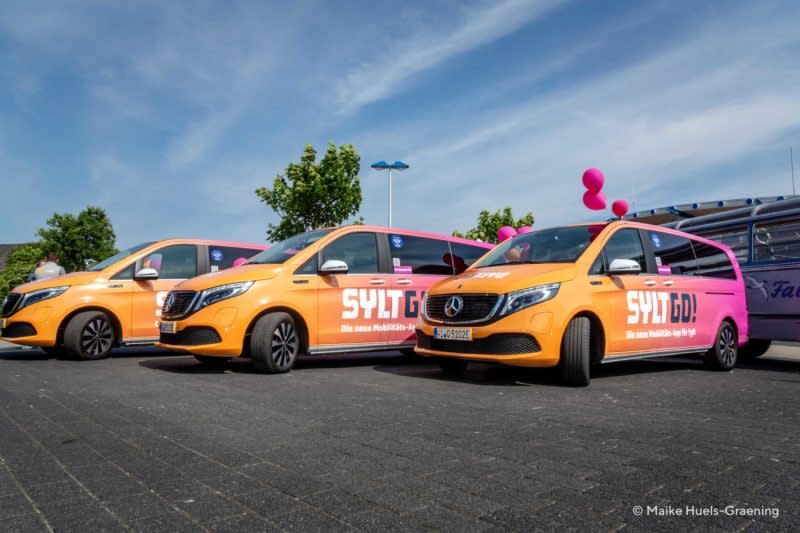 After ten years, the Berlin mobility company Door2door changes hands. Founders Tom Kirschbaum and Maxim Nohroudi are selling their ride-sharing service to competitor Swvl, which is based in Dubai. When asked about the startup scene, Nohroudi would not say how much money flowed into the transaction. All involved are satisfied.

The startup started developing white-label solutions for local transportation services in 2012. In Berlin, Door2door and ADAC experimented with the Allygator brand, which was discontinued in 2019 after nearly three years. On Sylt, for example, the company operates the Syltgo ride-sharing service. Door2door maintains a total of 22 active projects together with municipalities, local transport companies and private providers, 20 of them in Germany. Clevershuttle and Berlkönig pursue a similar concept.

Users use the application to order a type of taxi, the algorithm calculates the price of the route directly, and the employees of the driver service pick up additional customers on the trip. This is not only more environmentally friendly, as there are fewer vehicles on the road, but also more economical.

The new owner, Swvl, operates a similar service using minibuses. The startup was founded in Egypt in 2017, two years later the headquarters moved to Dubai. Two of the founders have already left the transportation service. Over the summer, Swvl signed a deal with Spac Queen’s Gambit Growth Capital, but the merger was delayed for several months. Spac shareholders had commissioned a law firm to investigate possible violations of fiduciary duties. Queen’s Gambit Growth Capital had agreed to take only 22 percent of Swvl. Now, the ride-hailing service will go public on the New York Nasdaq stock exchange in late March, selling 35 percent of the shares to the empty company.

Door2door must support the process. According to a press release, both companies want to invoice 135 million euros together this year and expand their portfolio to other countries. According to Nohroudi, the 50 employees and brand of the Berlin startup should remain in place. He and his Door2door co-founder Kirschbaum will also remain with the company.

They particularly benefit from the agreement. The bosses last held 57 percent through their joint investment vehicle. The German state bank KfW participated with almost eight percent. In addition to other angels, serial founder Günther Lamperstorfer owned a significant stake in Door2door.