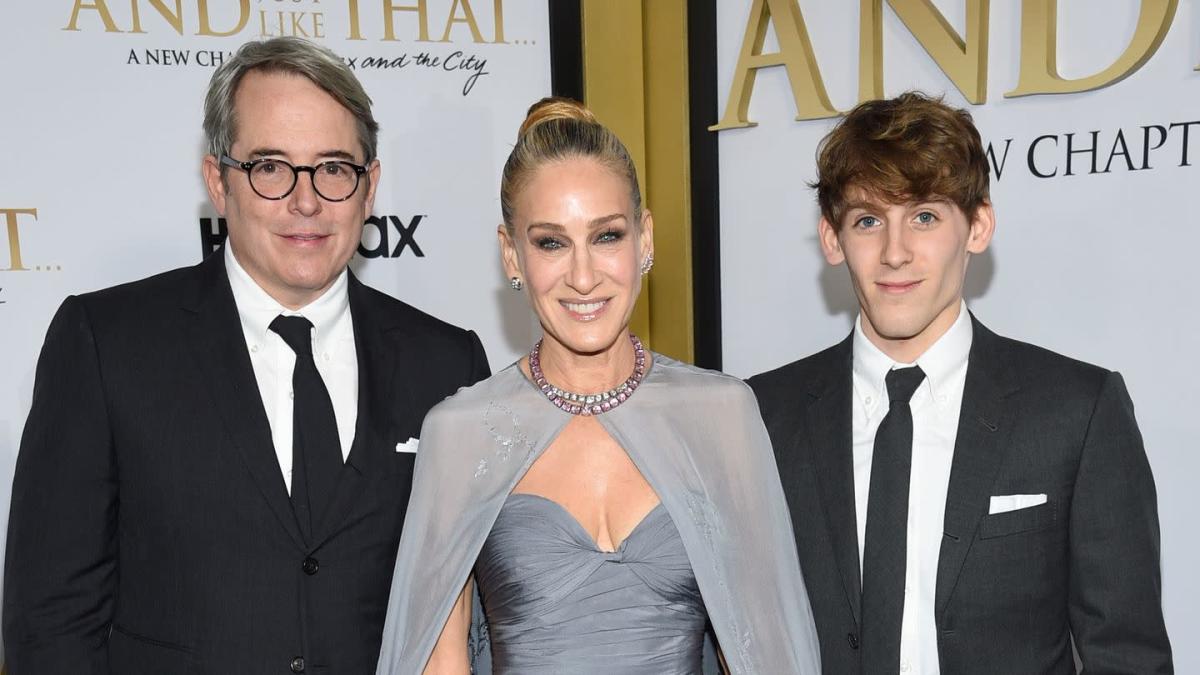 New York (AP) — Matthew Broderick and Sarah Jessica Parker had to wait two years for the premiere of their first joint performance in nearly a quarter-century.

But now, after being postponed due to the pandemic, “Plaza Suite” has started and the famous actor couple is so involved that they are on stage eight times a week, also for the 25th wedding anniversary on May 19, for Parker’s 57th birthday on May 25 Projections have been announced for Broderick’s 60th birthday on Monday (March 21).

Everything was already rehearsed, prepared and publicized when on March 12, 2020, exactly one day before the planned premiere, all the lights on Broadway went out due to the coronavirus pandemic. Movie theaters remained closed for nearly two years, but he was even more pleased that everything could still take place, Broderick recently told US broadcaster CBS. However, getting back in was not easy. “I thought the lyrics would come back to me like this, but it didn’t.”

At the start of the pandemic, he tried something else first, says Broderick. “At first I thought I’d make the most of it and cook beans.” But then he did it almost every day and now he was tired of it. “No more beans!” Instead, he was cast in the Netflix series “Painkiller” about the opioid crisis.

And he returned to his big break: the 1986 cult film Ferris Bueller’s Day Off, in which Ferris Bueller, played by Broderick, skips school to spend a nice day in Chicago with his friends. Broderick starred in actor Josh Gad’s YouTube show “Reunited Apart” in 2020 alongside co-stars Alan Ruck and Mia Sara. Jennifer Grey, who became world famous with “Dirty Dancing” and plays Ferris’s sister in the film, also appeared in the episode.

Broderick, who was born in New York in 1962 as the son of a couple of actors, became world famous with the film, but even after that he continued to get roles in movies, series or plays. In addition to numerous awards, the actor was also honored with a star on the Hollywood Walk of Fame.

Broderick has been married to “Sex and the City” star Parker since 1997, and the couple has a 19-year-old son and twin 12-year-old daughters. In “Plaza Suite” by the American playwright Neil Simon (1927-2018), the couple, who usually keep their private lives largely hidden from the public, now play three couples until the end of June: one, whose relationship ended at the wedding 23rd anniversary with a rocked affair, one having an affair with each other and another struggling with a conflict on the daughter’s wedding day. A first audition in Boston received positive reviews and the Broadway version is currently being well received by critics and audiences alike.

The couple have also developed a common ritual of happiness on stage: They both have their own wardrobe, but Parker looks back at it before the curtain goes up, Broderick said in an interview. “You say, ‘Have a good performance!’ And then we kissed.”