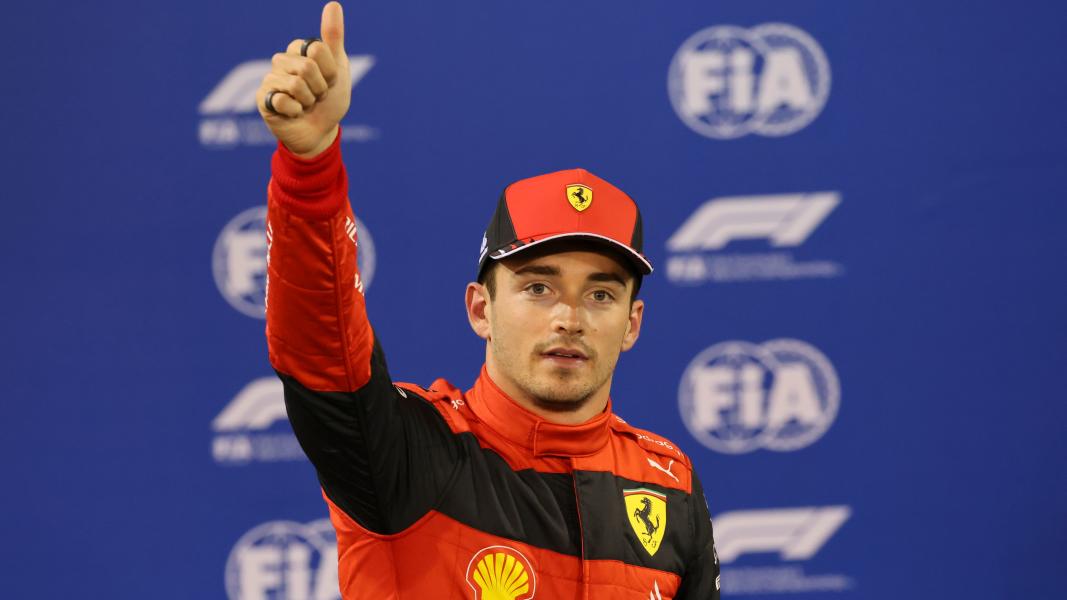 Charles Leclerc took pole position at the opening round of the Formula One season after overtaking world champion Max Verstappen, with Lewis Hamilton only fifth.

Ferrari’s Leclerc beat Verstappen by 0.123sec in qualifying for Sunday’s Bahrain Grand Prix, with Carlos Sainz third in the other scarlet car.

Hamilton arrived to open the curtain fearing his Mercedes machine was not going to be a contender for victory.

And the concerns of the seven-time world champion were realized under the thousands of light bulbs that illuminate the Sakhir Circuit.

The sport has undergone its biggest rule change in a generation, with the cars radically revised in a bid to deliver closer racing.

And while Hamilton’s Mercedes team might have dominated of late, winning the last eight constructors’ championships, they trail behind Ferrari and Red Bull in the pecking order.

Hamilton told Sky Sports: “I’m not saying I’m relieved, but overall I’m very happy today given how the last few weeks have been, the struggles we’ve had and the car issues we’ve had, it’s a bit of a nightmare. to drive.

“We just kept our heads down, kept working and I’m proud of everyone for staying positive, but the guys ahead of us are in another league.

“They will leave in the race tomorrow. We are not in the fight with them.

“They were a second ahead of us yesterday through race pace, so my battle will probably be with the guys behind.

“Of course I will try to be as fast as possible and get ahead, but as I said, his performance is quite ahead of ours.”

Ferrari will be delighted to have delivered on its encouraging pre-season, with Leclerc taking his first pole position since last year’s Monaco Grand Prix.

“It feels good,” said Leclerc, 24, who is bidding to become Ferrari’s first world champion since Kimi Raikkonen triumphed for the Italian team in 2007.

“The last two years have been incredibly difficult. We were hoping that this would be a season where we would be back at the front, so I’m really happy with today.

“There is definitely a lot more to come from this car. It’s not going to be easy tomorrow, but I hope we have a good race.”

Verstappen said: “It was good. We have a good racing car that at the end of the day is the most important thing and it’s a good start.”

Daniel Ricciardo is unlikely to look back on his first season at McLaren too fondly, and his second campaign got off to a miserable start.

The seven-time race winner was eliminated in Q1 and finished seven tenths slower than British driver Lando Norris in the other McLaren.

Norris qualified just 13th on a subpar Saturday in what is effectively the second home race for the Bahraini-owned team.

At Aston Martin, the picture was even more alarming. The team is starting the second of owner Lawrence Stroll’s five-year plan to become world champions, but Nico Hulkenberg, who replaced Sebastian Vettel after the four-time drivers’ champion was ruled out by Covid, finished 17th, two places ahead of your teammate. Lance Walk.

There was better news for the return of Alexander Albon. Sidelined for a season after being dropped by Red Bull, Londoner Albon, who took over his friend Russell’s seat at Williams, led team-mate Nicholas Latifi in qualifying by nine-tenths and is set to start 14th.