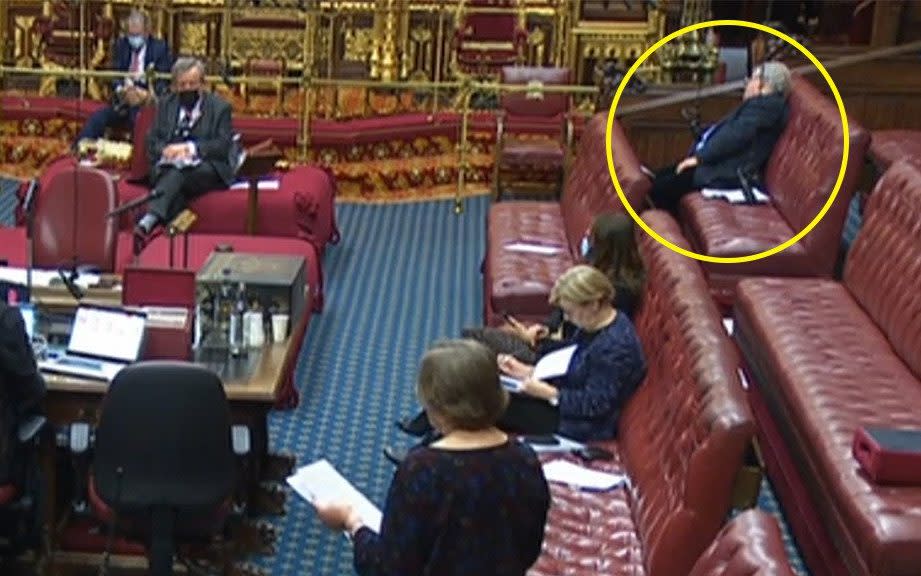 A fellow Labor member was prevented from taking part in a debate after he was accused of falling asleep in the House of Lords.

Lord Young of Norwood Green got up to speak shortly after 10pm on Monday during a debate on proposed changes to gene editing laws after Brexit.

The 79-year-old Labor life mate told the Lords: “I wanted to take part in this debate because I stake my position as someone who stays.

“But if there are two things that I am grateful for when leaving the Common Market, one is the CAP and this gene editing in particular…”

Lord Young was then interrupted by Lady Bloomfield, a Conservative whip, who said that he had been “almost asleep for the entire duration” of a speech by Lord Benyon, the environment minister speaking on behalf of the Government.

“I’m sorry, but the noble Lord was almost asleep throughout the minister’s speech,” he said. “He really shouldn’t have participated in this debate by not having taken advantage of the ability to listen to him.”

When Lord Young replied ‘I’m sorry’ and insisted that he was ‘not now’ asleep, Lady Bloomfield replied, ‘I’m afraid the noble Lord was almost asleep throughout the Minister’s opening speech… Well, he had to send a word. a note to wake you up, by the doorman”.

Baroness Jones, another fellow Labor member, proceeded to speak for her.

Lord Young is a former Governor of the BBC and was General Secretary of the National Communications Union between 1989 and 1995.

He was awarded a peerage for life in June 2004. He is also a trustee of the LGB Alliance, a splinter group from the Stonewall charity that says it aims to “counter the confusion between sex and gender that is now widespread in the public sector and in other places”. “.