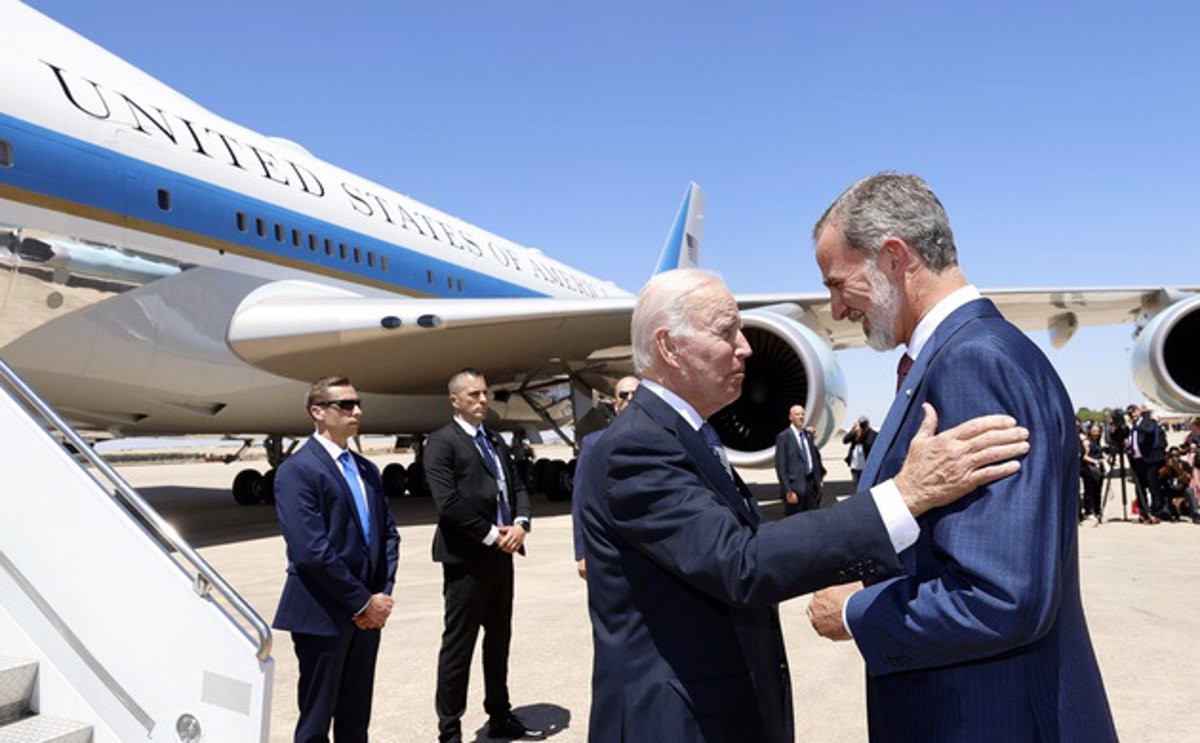 “The global struggle between tyranny and democracy remains more relevant than ever,” says the monarch

King Felipe VI defended this Tuesday that if the war in Ukraine has revealed anything, it is that the “struggle between tyranny and democracy” that was thought to have been left behind is still ongoing and that NATO is in that context is more relevant than ever and a “beacon of freedom” must be protected. He also reminded that the threats to Europe also come from the south.

During his speech at the public forum organized by the Elcano Royal Institute and other European “think tanks” on the sidelines of the NATO summit in Madrid, Don Felipe emphasized the opportunity offered by this meeting to reflect on the future of the Alliance and how a turning point in history appears.”

In this context, he stressed that Europe, striving for political stability, economic prosperity and social well-being, today “faces an increasingly unstable neighborhood in both the East and the South and the complex challenge of a chronically unpredictable world.

The Russian invasion of Ukraine challenges many of the beliefs that have long held in Europe and the West, he stressed, noting that the war in Ukraine has taught “the importance of global defense support to collect a rules-based order in Europe”.

In this context, he pointed out that there are reasons to trust that the transatlantic relationship is “stronger than ever” and that Europe “has remained united in the face of intolerable Russian aggression”.

“Twenty years ago we congratulated ourselves on the fact that Europe has never been so safe, prosperous and free,” declared the King, recalling that since then “many of our assumptions or predictions seem to have evaporated” and “many of our hopes” seem to have turned into “utopian ideals”.

Therefore, he emphasized that “the long global struggle between tyranny and democracy remains more relevant than ever”. “The competition between the great powers is everywhere and the war goes on,” he insisted, before “defending the relevance and critical need to preserve the Atlantic Alliance.”

The current context highlights the importance of NATO as a “credible deterrent to any security threat” as well as the “importance of military force”, but above all its importance as a “political community is the best expression of this”, said Don Felipe transatlantic unity.

Felipe VI, who has asserted that “the Alliance is demonstrating its value as a beacon of liberty,” whose values ​​are shared by other countries and have a “strong universal appeal,” has emphasized the importance of “unity and liberty” as “a world defined by the return of great power competition and the renewed struggle between democracy and autocracy”.

He stressed that “events in and around Europe are likely to be increasingly influenced by exogenous forces” and pointed out that “the focus of global economic growth, military competition and technological rivalry is on the Indo-Pacific”, in clear reference on China without mentioning it explicitly.

“This means we cannot turn our backs on broader geostrategic events,” the monarch warned, stressing that if the war in Ukraine has taught anything, it is the importance of defending “a rules-based order in Europe.”

NATO leaders must therefore decide at this summit about the “right balance between responding to immediate threats in Eastern Europe and the need to address long-term and systemic challenges”, also the balance between the political and military dimensions of the alliance and prepare it for “competition between great powers without losing sight of other challenges such as terrorism or the link between climate and security”.

In doing so, he has chosen to look beyond the borders of the Euro-Atlantic area, although “it is proving very difficult to get support from these countries”. “This will be the central challenge for the Atlantic community in the years and decades to come, especially as strategic competitors continue to challenge the institutional and normative basis” on which the international order rests.

In this sense, he argued that Spain is in an “ideal position” to bring NATO closer to Latin America and Africa, “both geopolitically and because of our common will to serve as a bridge between the Atlantic, Europe and the Mediterranean”.