FELGTBI+ launches a campaign made solely by “haters” of the collective 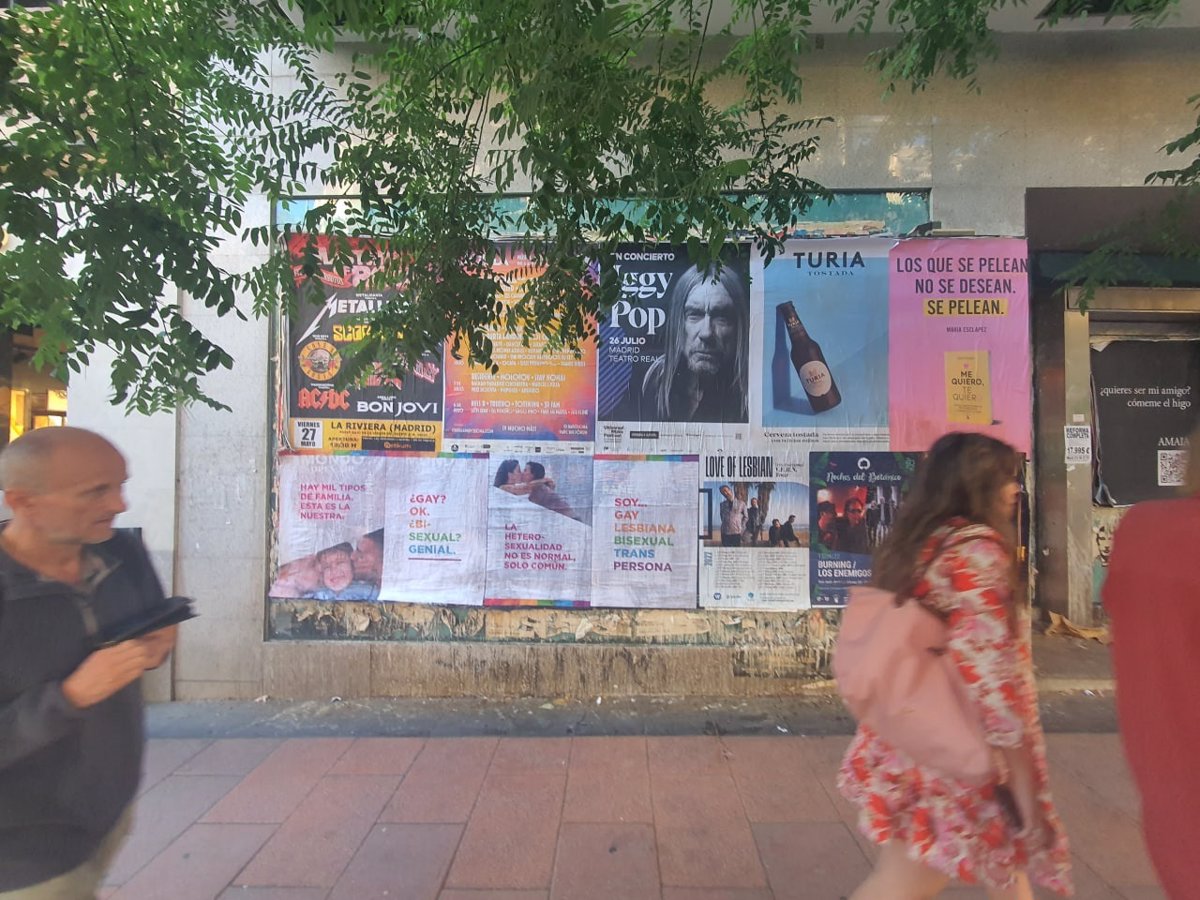 The State Federation of Lesbian, Gay, Transgender, Bisexual, Intersex and More (FELGTBI+) this Thursday launched an awareness campaign against hate crimes against the group, which they have explained is the first of those characteristics to be fully endorsed by ‘haters’ .

For this initiative, whose motto is “Stop the Hate”, the entity conducted a social experiment to measure the level of hatred that persists among the population against difference and diversity.

To this end, Madrid has been plastered with posters with LGTBI+ messages of the style: ‘Homosexuality is not normal, it’s just common’, ‘Proudly trans’, ‘I’m…gay, lesbian, bisexual, trans, person’, ‘Gay? ok bisexual? Great” and “There are a thousand kinds of families, this is ours” and they waited for the posters to be destroyed.

“It happened that instead of destroying the posters as originally thought, the debate shifted to social networks with incredible data,” explained FELGTBI+, noting that more than 8,000 results on the subject were recorded on Twitter. including tweets and retweets.

As they detailed, there was “a lot of hate” among all the news, which they say shows that “hate speech has been increasing at an alarming rate recently, particularly through electronic media and social networks,” where they have pointed out, “it’s multiplying exponentially”.

The association has stated that according to the latest data from the Spanish Observatory on Racism and Xenophobia, from March and April 2022, “the number of hate speech content identified and transmitted to the platforms Facebook, Twitter, YouTube, Instagram and TikTok” increased by 27% compared to the previous bi-monthly bulletin that analyzed this topic in January and February of the same year.