Feijóo offers a “majority and focused” alternative to unite those who believe Spain “deserves better government”. 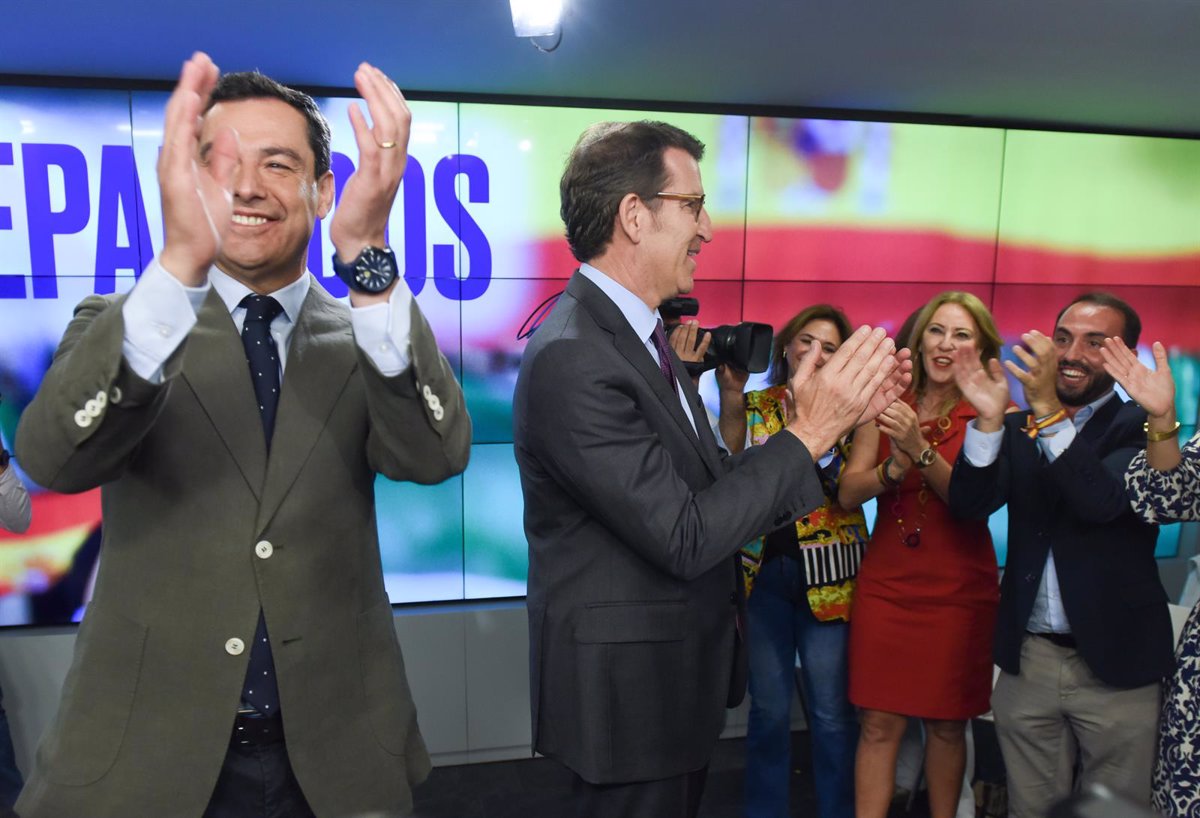 The leader of the PP, Alberto Núñez Feijóo, said this Tuesday that the result of the party in the Andalusian elections on Sunday confirmed that “the political horizon is changing” and has offered an alternative of “majorities and focused” on Spain to lead, because the citizens demand a different way of doing politics than that of Pedro Sánchez.

“Our goal remains to unite all those who believe in Spain and believe that Spain deserves and needs better government,” Feijóo announced in his speech to the PP’s National Executive, the party’s highest body between congresses. after the intervention of Moreno. Both arrived together after a long walk through the building at the party headquarters, where they received a long standing ovation.

In his speech, Feijóo pointed out that one is on the “good way” and called on the government to “react” to the economic situation in the country. In any case, he has said that if he doesn’t, the PP will continue to offer “alternatives” that address people’s “problems” and also show a “reliable” and “credible” project.

Furthermore, Feijóo has promised to “offer a majority alternative, a concentrated alternative, an alternative ready to give Spain the government it needs”. In his opinion, politicians in Spain need “more management” and “more capacity to solve the problems of citizens who “can’t tolerate any more smokescreens to distract attention”.

“POLITICS MUST RETURN TO CENTRALITY AND UNION”

“Politics must return to centrality, to unity and to building comprehensive projects, because with a constellation of minorities you can come to government and resist it for a while, but you cannot govern, let alone govern, a country like Spain.” stressed .

If Moreno asked for “humility” after the results in Andalusia, Feijóo has asked his people not to lapse into “triumphism” or “complacency”, especially when Spain is going through a “deep crisis”. Of course, taking the opportunity to criticize the PSOE, he made the mistake of “denying reality in order to escape it” in your election analysis.

- Advertisement -
Share
Facebook
Twitter
Pinterest
WhatsApp
Previous articleDo you have that with the sad kitten saying “crying”? The “stickers” and the age of distraction
Next articleOperation Conifer: a dozen arrested for rigging modest football games for betting