Feijóo in Barcelona: “Sánchez only cares about him” 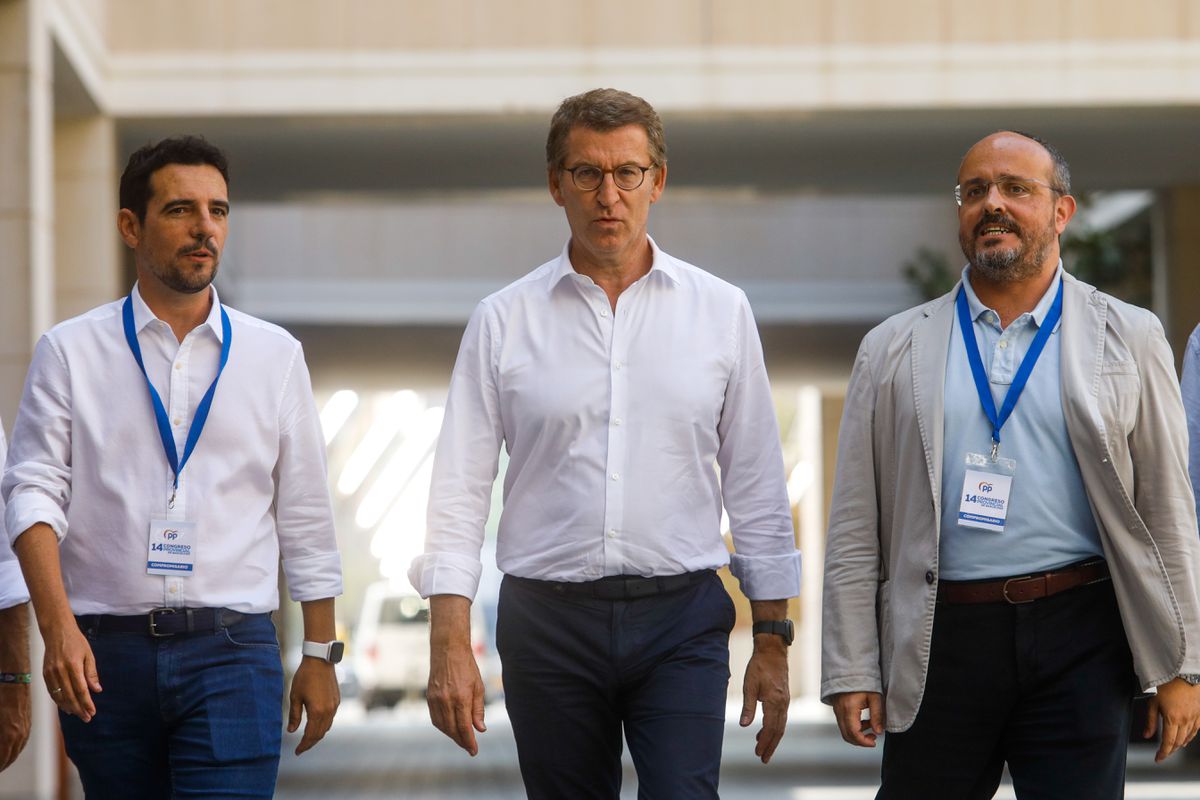 The leader of the People’s Party, Alberto Núñez Feijóo, has proposed opening a “constitutional and Catalan space” in Catalonia so that the national centre-right party can once again be decisive. Feijoo intervened this Saturday at the close of the 14th Provincial Congress of the PP in Barcelona, ​​where the only candidate who presented himself, Manu Reyes, received 93.81% of the votes. The president has used the law to criticize the policies of Pedro Sánchez’s government – which he said “only cares about him” – and the pro-independence formations, which he has accused of not caring about the “real”. problems” of the citizens .

Feijóo got a little dip from the crowd this Saturday afternoon in the auditorium of the World Trade Center in Barcelona. Party leaders in Catalonia and several dozen militants awaited him when – the PP anthem was not heard – he entered with the tune Can’t stop this thing we started (Can’t Stop We Started) by Bryan Adams. The leader of the PP party began his speech by reproaching Sánchez and his government: “It is serious that Spain is the worst country in the European Union and is unable to restore the prosperity indices that it had before the pandemic .” Feijóo has criticized the policies of the central government team and then focused on the rival party: “The PSOE has dropped its number two, the speakers of the chambers, ministers, heads of cabinet and their key people. If you change everything but the general secretary several times and the party still doesn’t work, maybe the problem lies with the general secretary (Pedro Sánchez). The general secretary and the district president are failing, and there are very rational indications that the culprit is the same person.”

After criticizing Sánchez, he brought charges against the Presidency of the Generalitat: “With all the problems that Catalan families have, when Sánchez and Aragonés meet, they talk about the disenfranchisement of politics. Is that what worries families?” The PP president has concluded that the work of his party’s militants must be to modernize Catalonia: “Let’s build the world’s most important airport, build a fourth bypass and Barcelona reconnect with the rest of the world.” Feijóo has campaigned for Spanish to be spoken in classrooms and has pleaded with his militants: “Don’t be afraid to pitch tents, don’t be afraid to shake hands with those who are different think. It’s not worth stopping to talk. The flag of Catalonia does not belong to any party except the Catalans and Catalan does not belong to any party except those who choose to speak Catalan”.

Together with Feijóo, the President of the PP in Catalonia, Alejandro Fernández, closed the Congress, who concluded by saying: “When the PP governed in Spain and the PP in Catalonia was decisive, Catalonia did very well. we must win back the Spanish government and a solid, strong and determined party”.