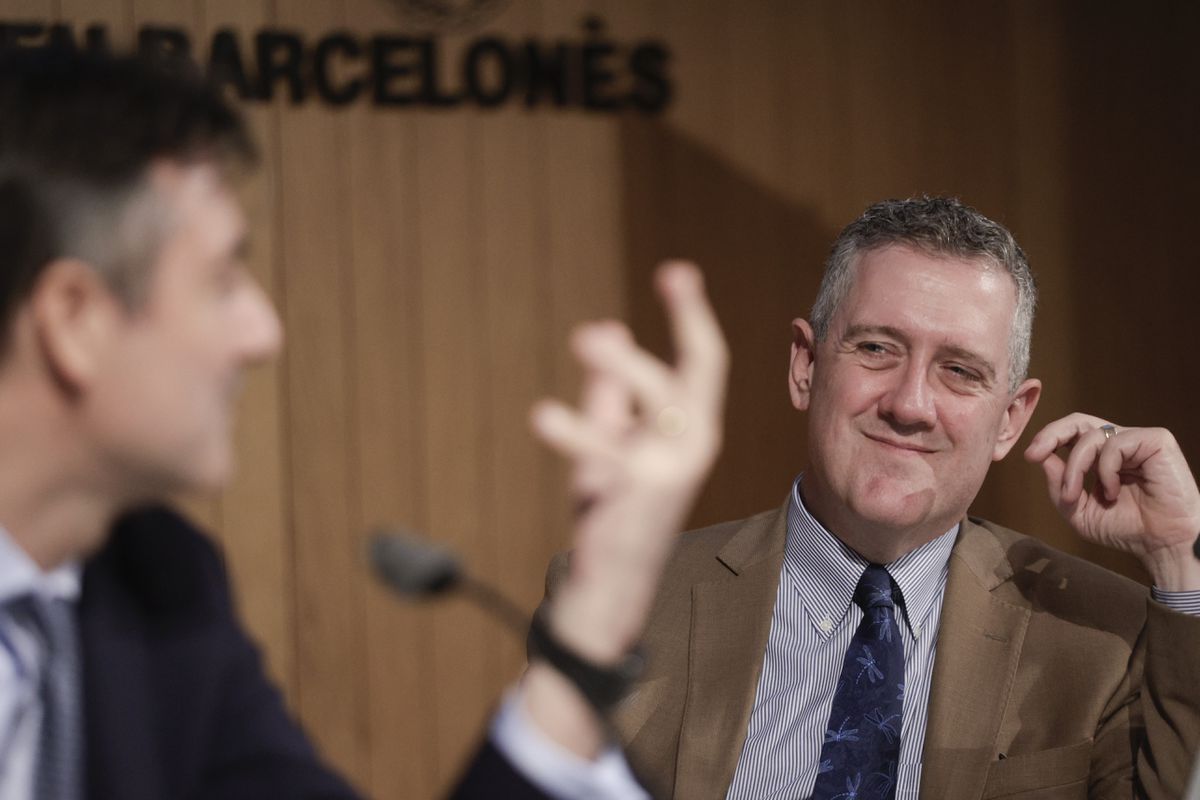 The President of the Federal Reserve of Saint Louis, James Bullard, one of the people who sits on the committee that sets benchmark interest rates in the United States, indicated in an act this Monday in Barcelona that the American economy is already on the move a “soft landing” thanks to the Fed’s monetary policy, although it has indicated that risks remain to be managed. It has red flagged the war in Ukraine, Covid tailwinds in China and issues in the global supply chain, which has yet to return to normal since the pandemic broke out in 2020. “We are watching them very closely; What happens in any of those dimensions could make things a lot worse,” he warned.

On the other hand, the economist assessed the strength of the US labor market, which he explained, taking into account data from the Kansas City Federal Reserve, would be close to the maximum recorded in the period 1999-2000. He also believes that the economy will continue to develop positively this year, as indicated by the forecasts of the main organizations.

Bullard was the protagonist of a round table, also attended by Gilles Moëc, chief economist at Axa, and Chiara Osbat, economic adviser to the ECB, focused on the issue of inflation and interest rates and organized by the Gallien insurance group and the Barcelona School of Economics. However, the economist has not made any preliminary forecasts about a supposed normalization of the inflationary spiral and the achievement of the 2% target pursued by the central banks, nor referred to the future development of interest rates, after the Fed decided just five days ago the largest rate hike since 1994.

Bullard is considered one of the hawks in the US Federal Reserve’s Sanhedrin and was one of the first to urge the body to implement the policy of raising interest rates with bigger measures. In March, he voted against a 0.25 percentage point hike because he felt the hike needed to be doubled to calm an already rampant rise in prices that some analysts were threatening a recession.

The US economist has avoided criticism of the Fed and joined the movements of the body led by Jerome Powell. “It may seem like the Fed hasn’t done much yet, but the reality is, because of the way monetary policy works, the market has already anticipated what the central bank is going to do, and that’s starting to be reflected in market prices,” he pointed out after setting the benchmark interest rate in the United States at 1.75% and promising that it will be above 3% at the end of the year. Meanwhile in Europe, the ECB forecasts hikes for July and September, pointing to hikes of 0.25 and 0.50 points, also with 2% inflation target.

However, he is convinced that interest rate policy must continue in the coming months: “We must move forward to review the progress already made,” he said. Indeed, while Bullard shared the crisis of the 1970s with the current situation, he has defended that the most relevant change is that central banks no longer have the lack of credibility they had 50 years ago to counter inflation to fight. resulting in markets anticipating actions taken by regulators.

When asked about the real estate rental market’s impact on inflation, Bullard has defended it as an “important and enduring component”. Basically in terms of price increases, because at specific, very specific times, downward corrections occur.