Federal Nuclear Regulation: We will continue our oversight of the operation of the second Barakah station to ensure safety and security. 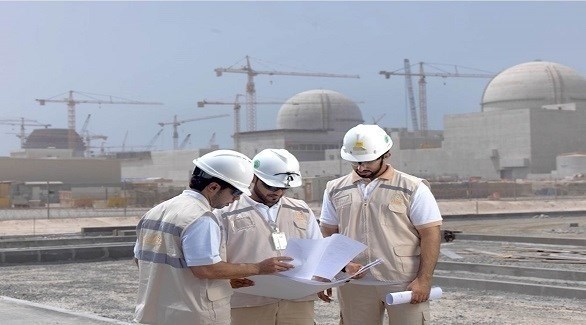 Since the issuance of the operating license in March 2021 for the second unit of the Barakah Nuclear Power Plant, the Federal Authority for Nuclear Regulation has continued its supervisory work in the fuel loading phase and the different tests carried out, among which included the normal operating phase known as “critical” and connecting the unit to the local power grid for full commercial operation.

In a press release, of which 24 copies were obtained, the authority ratified the commitment of Nawah Energy Company, the operator, with all the regulatory requirements to start this important stage. This achievement comes as a result of the authority’s extensive supervisory activities, including continuous inspection and monitoring, to ensure the safety and security of the nuclear power plant.

Follow-up activities
It should be noted that after the issuance of the operation license by the authority and reaching the commercial operation of the Barakah Nuclear Power Plant, the authority carried out a set of supervision activities, which included the inspection through of its resident inspectors at the plant and the sending of more inspectors to follow up on the different stages of the tests. The authority also continuously checks the level of preparedness and emergency preparedness, as well as the follow-up of environmental monitoring through independent monitoring stations located around the station.

control and inspection
FANR Director General Christer Viktorsen said: “The commercial operation of the second unit of the Barakah Nuclear Power Plant is the culmination of great efforts made in recent years since the establishment of the Emirates Nuclear Power Program. During this period, FANR reviewed every detail of the plant, from site selection, construction and testing, to ensuring that the operator complies with all regulatory requirements to ensure the safety of society and the environment. it will continue its oversight role by inspecting the plant during the operation phase to ensure that all conditions apply.”

Victorsen added: “The authority is proud of the presence of Emirati nuclear energy experts, who played a vital role in licensing the plant from the outset, including taking part in inspections covering nuclear safety, nuclear security and non-proliferation. We are proud that the percentage of Emiratis in authority is over 72% of the workforce. I would like to congratulate the UAE government and its leadership for achieving such an achievement.”

With the start of commercial operation of the second unit, the authority intends to carry out its supervision and inspection tasks to guarantee the safety of the nuclear power plant within the framework of its mission to protect society, workers and the environment .