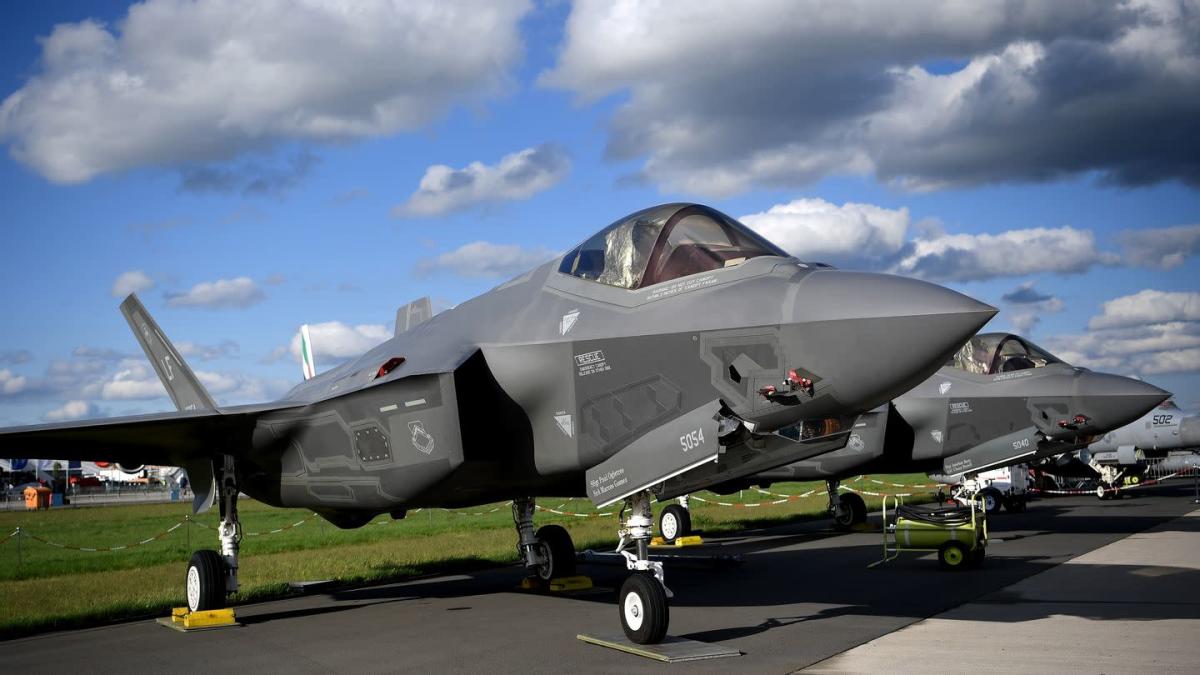 Berlin (dpa) – The federal government wants to equip the Air Force with F-35 stealth aircraft in a modernization program worth billions.

The machines of the manufacturer Lockheed Martin will be acquired as a successor to the Tornado fleet introduced more than 40 years ago, as the German Press Agency learned from government circles in Berlin.

The F-35 is considered the world’s most modern fighter jet and is also being purchased for Germany’s so-called nuclear stake, a NATO deterrent concept in which allies have access to US nuclear bombs. Due to its special shape and outer skin, the machine is difficult for enemy radar to detect.

Up to 50 new jets for the Bundeswehr

According to information from dpa, it is planned to buy up to 35 of the stealth planes. The Tornado, which has been used until now and can only be kept operational with increasing effort, has also been used in the Bundeswehr for electronic air combat, disrupting, suppressing and attacking enemy air defense positions.

According to information from the German Press Agency, more Eurofighters will be purchased for this task, depending on the status of the project, 15 pieces. However, the manufacturer Airbus still has to technically equip them in the next few years, which is considered extremely demanding.

Previous Defense Department plans included the purchase of the US F-18 aircraft, which had not yet been certified for use with nuclear weapons. After a conversation between Defense Minister Christine Lambrecht and Chancellor Olaf Scholz in January (both SPD), a broader inspection order was issued. The F-35 was also considered. It is already certified for nuclear weapons and equipped with limited electronic warfare.

Earlier concerns by the federal government that the purchase of the F-35 could offset plans being made jointly with France to build a European “Future Combat Aircraft” (FCAS/Future Combat Air System) have now receded into the background. flat and, from Berlin’s point of view, seems invalidated largely irrelevant. In the case of the F-35, it was recently noted that NATO partners in Europe also use the machine and “synergy effects” are possible in operation.

The traffic light coalition had agreed to the acquisition of a Tornado successor in the coalition agreement. “At the beginning of the 20th legislative period, we will get a successor system for the Tornado fighter aircraft. We will objectively and conscientiously accompany the procurement and certification process with a view to Germany’s nuclear participation,” the SPD, Greens and FDP said.

B61 thermonuclear gravity bombs on the Eiffel Tower

Officially never confirmed, but kind of an open secret: 20 US armed forces B61 thermonuclear gravitational bombs are said to be in storage in Büchel in the Eifel, which can so far crash under German tornadoes.

In response to the war in Ukraine and Kremlin chief Vladimir Putin’s threats against the West, Chancellor Scholz announced a one-time “special fund” of €100 billion and a significant increase in annual defense spending. In the future, more than two percent of the gross domestic product will be invested in defense each year.

At the end of February, the president of the Defense Committee, Marie-Agnes Strack-Zimmermann, demanded: “The successor to Tornado is still on the table as a first step. Now the F-35 is needed, the most modern combat aircraft in the world and used by many of our partners,” said the FDP politician. The war in Ukraine clearly shows that “attacks are carried out from the air and must be responded to or prevented accordingly.”