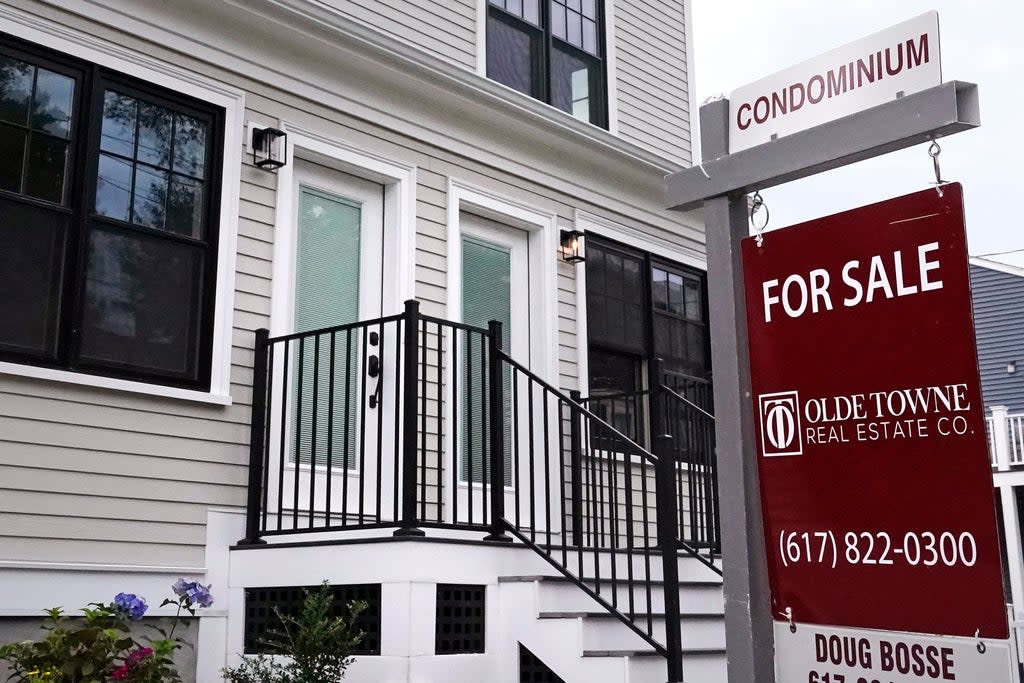 Sales of previously occupied US homes fell in February as competition for a near-record number of properties on the market pushed up prices and rising mortgage rates kept would-be buyers on the sidelines.

Existing home sales fell 7.2% last month from January to a seasonally adjusted annual rate of 6.02 million, the National Association of Realtors said on Friday. That’s less than the roughly 6.1 million sales economists had expected, according to FactSet.

Home prices are rising as potential buyers compete for relatively fewer available homes, with even a modest seasonal increase in properties on the market ahead of the spring home buying season.

“As a buyer, it’s still difficult to enter the market with a lack of inventory,” said Lawrence Yun, chief economist at NAR.

At the current rate of sales, the low level of properties for sale is equivalent to 1.7 months’ supply, the NAR said.

On average, homes sold within 18 days of hitting the market last month. It was 19 days in January. In a market that is more balanced between buyers and sellers, houses typically stay on the market for 45 days.

A quarter of all homes sold last month were purchased for cash, up from 27% in January, the NAR said. A year ago they represented 22% of sales.

Real estate investors accounted for 19% of transactions in February, up from 17% a year ago. Meanwhile, first-time buyers made up just 29% of all homes sold last month.

“First-time buyers are struggling to try and break into the market,” Yun said.

Housing market demand appears to remain healthy this year, fueled by ongoing demographic change as millennials and Gen Z come of age and seek to become homeowners. But with housing in short supply long before the pandemic and now with higher interest rates, the limits of what home seekers can afford will be limited, especially first-time buyers.

The average 30-year benchmark mortgage rate rose to 4.16% this week, topping 4% for the first time since May 2019, according to mortgage buyer Freddie Mac. A year ago, the average rate stood at 3.09%.

That rise in the cost of financing a home is on top of higher costs facing consumers with inflation at its highest level in decades.

Yun estimates that rising rates and price escalation have pushed up a monthly home payment by 28% from what it was a year ago.

Record-low mortgage rates last year helped give would-be homeowners purchasing power as prices soared. Home loan rates are expected to rise this year as the Federal Reserve moves to combat inflation. This week, the central bank raised its key short-term interest rate, which it had held near zero since the early days of the pandemic recession, by a quarter point. The Fed has also signaled potentially as many as seven additional rate hikes this year.