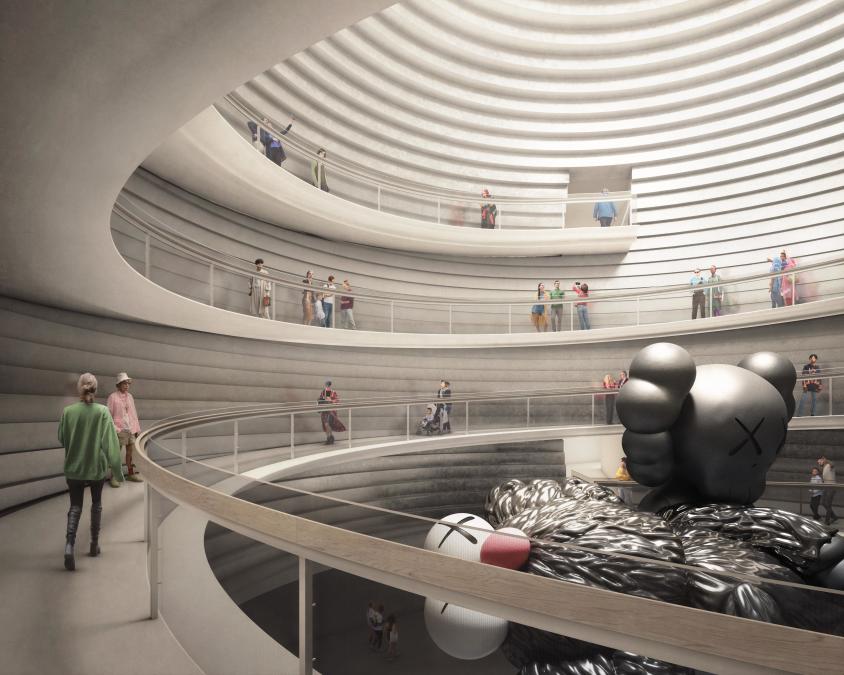 The remodel will feature 13,000 square meters of exhibition space, a rooftop terrace and a restaurant.

The final design for the National Gallery of Victoria’s contemporary art space has been unveiled, with the state’s minister for creative industries, Danny Pearson, describing it as Melbourne’s equivalent of the Eiffel Tower.

Pearson on Tuesday announced the winning design, by Angelo Candalepas and Associates, which includes 13,000 square meters of exhibition space, a rooftop terrace and restaurant with views of the CBD, a 40-meter-high spherical entrance hall and scientific laboratories. for art conservation.

“This is going to be an absolute game changer for our state. It will put us on the world map as a destination for major creative and cultural events,” said Pearson.

“As the Eiffel Tower is for Paris, the NGVC will be for Melbourne.”

Related: ‘The public will be delighted’: the great exhibition of Picasso will be held in Melbourne in June

NGV Director Tony Ellwood said the building would create a cultural legacy that will resonate for generations.

“We have often said that we need something that defines our city, architecturally, I think this is the building,” he said.

Pearson said more than 11,000 jobs will be created over the life of the project and the gallery will create hundreds of ongoing creative jobs when it opens in 2028.

Construction work is expected to begin next year.

Plans to build the gallery and redevelop the arts precinct were first announced by the state government in 2018, after it bought the Carlton and United Breweries building at 77 Southbank Boulevard for around $95 million.

The state government committed $1.46 billion for the first phase of the work in the 2020/21 budget, with an additional $241 million announced for restoration work on the state theater in November last year.