Fear of sanctions? The captain of the oligarch yacht ordered the crew to leave the port of Barcelona in 48 hours 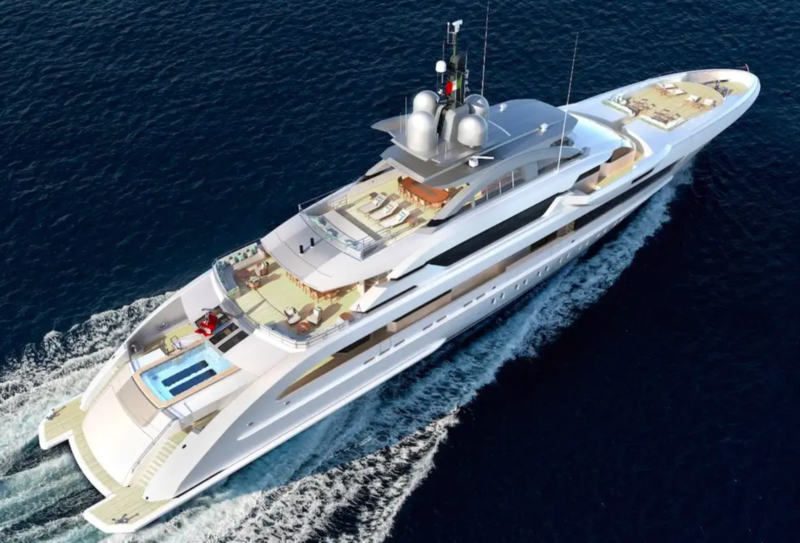 The captain of a Russian oligarch’s superyacht gave the crew 48 hours to set sail from a Spanish port a day after Russia invaded Ukraine, the Wall Street Journal reported.

The 70-meter vessel, Galactica Super Nova, is worth $80 million and is owned by Vagit Alekperov, according to the SuperYacht Fan website. Alekperov, the head of the Russian oil company Lukoil, has an estimated net worth of nearly $23 billion, according to the Bloomberg Billionaires Index. He has not been penalized. The yacht was anchored in a Barcelona port in late February, the newspaper reported.

On February 25, a day after Russian President Vladimir Putin sent his troops to Ukraine, the captain of the Galactica Super Nova told his crew to prepare to set sail in 48 hours. A person who was on the yacht at the time told the newspaper. The captain was on vacation and returned to the ship earlier. “We’re leaving on Sunday,” the captain is said to have told his staff. The yacht left port the next day, a day earlier than scheduled, according to the report.

The “Galactica Super Nova” arrived at the port of Tivat in Montenegro on March 1, but left the next day after the country’s government announced that it would impose sanctions from the European Union – despite the fact that Montenegro is not a member of the EU. -. . As the yacht left Tivat, her tracking signals stopped. This could mean that she must deliberately withdraw from follow-up. The ship tracking website “MarineTraffic” indicated on Wednesday that the “Galactica Super Nova” was off the coast of Montenegro.

Although no sanctions have yet been imposed on Alekperov, the US has included him in the list of politicians and oligarchs with close ties to Putin. And that again makes his yacht a possible target for future sanctions, The Wall Street Journal wrote.

- Advertisement -
Share
Facebook
Twitter
Pinterest
WhatsApp
Previous articleSuhail Al Mazrouei: The operation of the second plant in “Barakah” accelerates the achievement of the National Energy Strategy 2050
Next articleGrant Shapps calls for P&O CEO to resign after he knowingly broke the law on staff layoffs