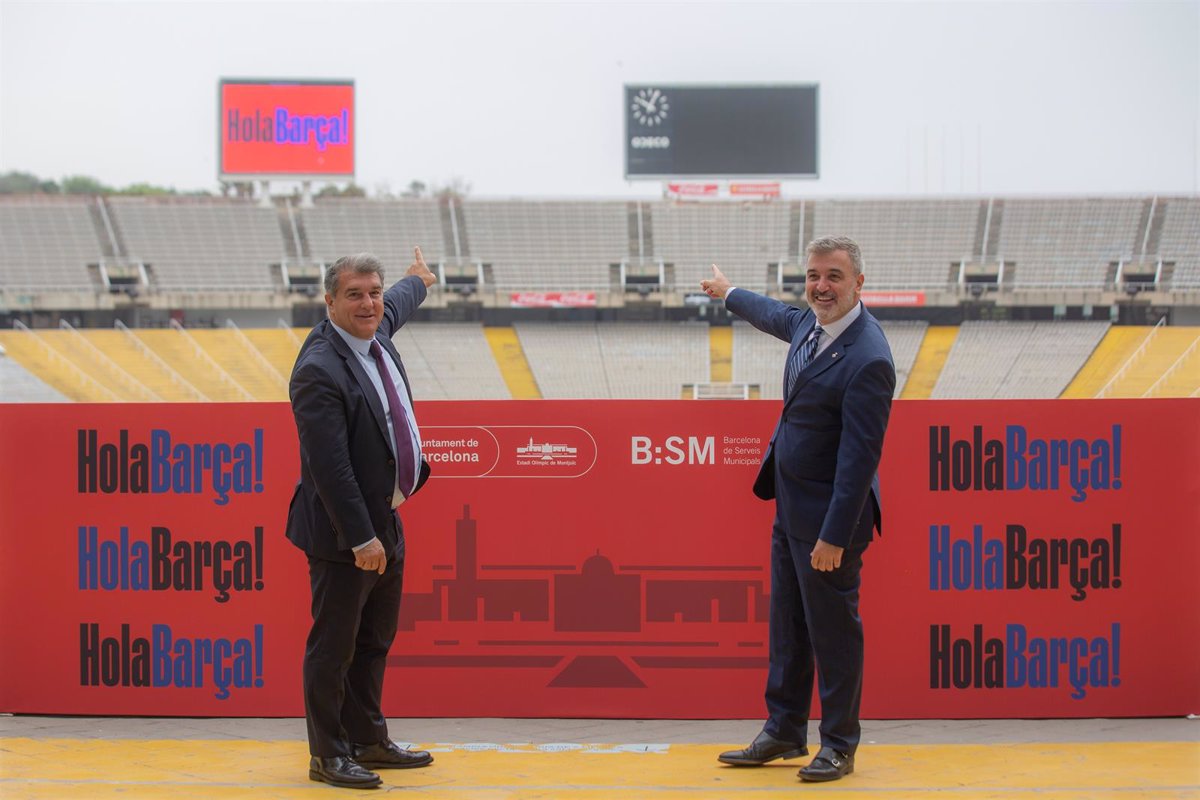 The club and city council will allocate 7.2 million to adjust the stadium’s accessibility

FC Barcelona will invest between 15 and 20 million euros to temporarily move to the Estadi Olímpic Lluís Companys de Montjuïc for the 2023-2024 season while the Camp Nou reform continues, which includes the promotion of the “Espai Barça” project and the started this June.

They explained it to FC Barcelona President Joan Laporta in a press conference this Tuesday; along with the First Deputy Mayor of the Barcelona City Council, ​​Jaume Collboni; who presented the agreement that the club will play in this stadium next season.

For his part, Collboni has announced that the club and the council will make a joint investment of €7.2m to adapt the stadium’s accessibility and mobility, with 64% being contributed by the club and 36% by the city council – – a figure that is included in the overall calculation–.

Laporta thanked the city authorities for allowing the club to participate in the city’s Olympic spirit by moving to the stadium: “It’s an honor, a pride and also a privilege for us,” he said.

Collboni said that today is a great day and that “there is no better way to celebrate the 30th anniversary of the Olympics than to make this gesture of support and collaboration between the city and FC Barcelona,” to which he added : “In those years , Barcelona was able to manage the Olympic heritage and make these spaces useful for the city.

In addition to the mobility improvements around the stadium, the club is taking on other adaptations of the Estadi Olímpic, such as improving the dressing rooms, the press box and an internal car park, as well as the costs incurred for cleaning and area security and maintenance.

Cable car services will be reinforced, bus shuttles will be enabled from the main public transport access points (Plaza Espanya, L9 and Sants Station) to the Estadi Olímpic and the arrival of members with fan club coaches will be encouraged; and if required by the schedule, the metro timetable will be extended.

In addition, a cycle path between Plaza Espanya and Calle de Miramar, three bicing stations and bicycle parking will be established, the signage of the mountain will be improved and parking facilities will be created.

The lighting of the main footpaths will be improved during seasons when it is required and pedestrian routes between public transport and the stadium will be stabilized.

The stadium has a capacity of around 55,000 spectators and Laporta have announced that the difference in capacity with the Camp Nou (which holds around 99,300 people) will be bridged with a “democratic system” to allow all members and season ticket holders to have access to the stadium in rotation.

As for the earnings that can no longer be accounted for with the transfer due to ‘matchday’, he said he was ‘calm’ and that if it went down an alternative solution would be found to make up for it and had that he also appreciated the act Collboni has offered to cede the stadium for longer if necessary, although the construction plan does not provide for this.