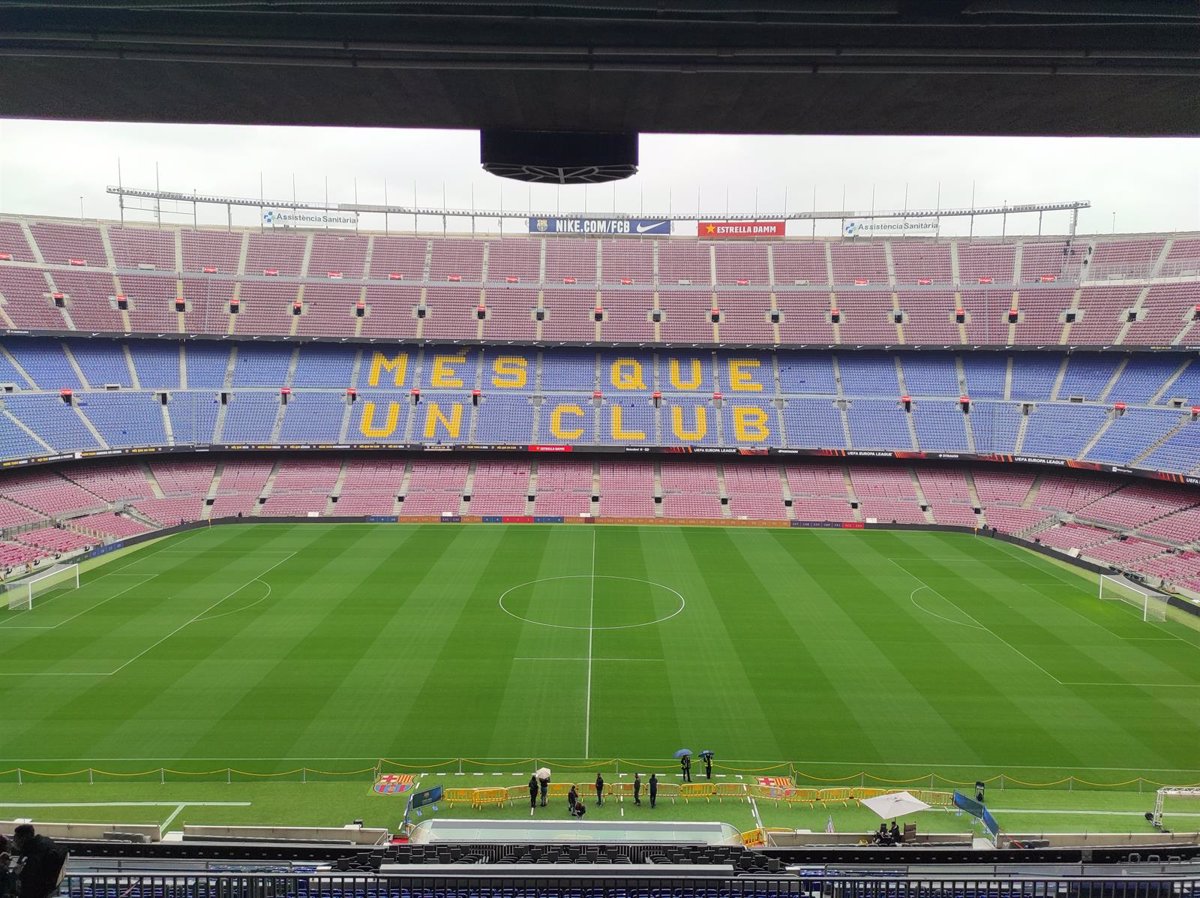 Starting next season, FC Barcelona will take new measures to encourage season ticket holders to visit the Camp Nou and ensure its proper use, including the digital season ticket, the end of the leave of absence and the withdrawal of the season ticket if they do not attend not attend a party or use the ‘Seient Lliure Inverso’.

“We want to fill up the Camp Nou with subscribers and members. Anyone who does not participate, gives up or gives up their seat in 10 games of the season will request the Seign Lliure Inverso from the club, with prior notification, so that the subscription is completed defect to sell, provided that the regular member does not claim their use before 72 hours after the start of the respective game,” explained the vice-president of the institutional area and spokeswoman for Barça, Elena Fort, at a press conference.

The “culé” working committee carried out an analysis of attendances at Camp Nou and Palau Blaugrana. Some “worrying” numbers with pre-pandemic history. Between 2,500 and 3,000 people have not vacated their seat or visited the Camp Nou in the last six years and just ten thousand members have visited more than 85 per cent of the stadium. In the Palau, it affects 1,200 of the total of 4,200 subscribers with a capacity of 5,200 people.

Another of the most relevant measures is the end of the surplus of the Camp Nou season tickets, a measure that has been promoted in the last two seasons to face the uncertainties caused by the pandemic with restricted and limited capacity. The collection and delivery of the stadium tickets is planned for July 14th.

The vice-president explained this Wednesday the return of the ‘Seient Lliure’, where subscribers can ask for a maximum of 95 percent of the price, a change that offers “greater equality” among members by giving them the benefits by sales price regions from next season of the localities. “We understand that if there was a big discount on the stands, it is an advantage for them that they received a lower payment,” he explained.

To avoid fraud and ensure security, to prevent chaotic situations from happening again for the Catalan team, as happened against German Eintracht in the Europa League, the subscriptions will be handled digitally through an application. The first semester of the course is voluntary for the partner and, depending on the performance, compulsory upon return.

“This digital subscription doesn’t mean you can’t transfer it to someone. It can be transferred from the application. Any subscriber can transfer it to another phone, but not to a third party. Some guarantees to improve security and to be able to understand who is the owner and who has a subscription at all times,” added the vice-president in relation to the novelty of subscriptions.

However, all the arrangements for next season do not apply to the temporary transfer to the Estadi Olímpic Lluís Companys de Montjuïc in the 2023-24 academic year while the Camp Nou reform is ongoing. “It will be an extraordinary year. The idea is that if we don’t change, there will be surpluses,” he added.

For their part, the Barcelona group reiterated their fight against cheating. Therefore, in all competitions, the tickets purchased will be digital and nominative to ensure their traceability. “It won’t just be in the ‘Championship’, the club guarantees.

With regard to the new criteria for the name change, the gratuity for partners up to the second degree of relationship will remain; An entry in the waiting list for two years as before is not necessary; they must have 4 years of service as a partner, not 5; and instead of six, only three seasons have to be paid in full.

“The club will conduct a new census. The last one dates back to 2012 and it is important to know for which members we must have the photo of the social crowd,” Elena Fort stressed , promote special promotions for this group and reserve many seats at popular and fixed prices.