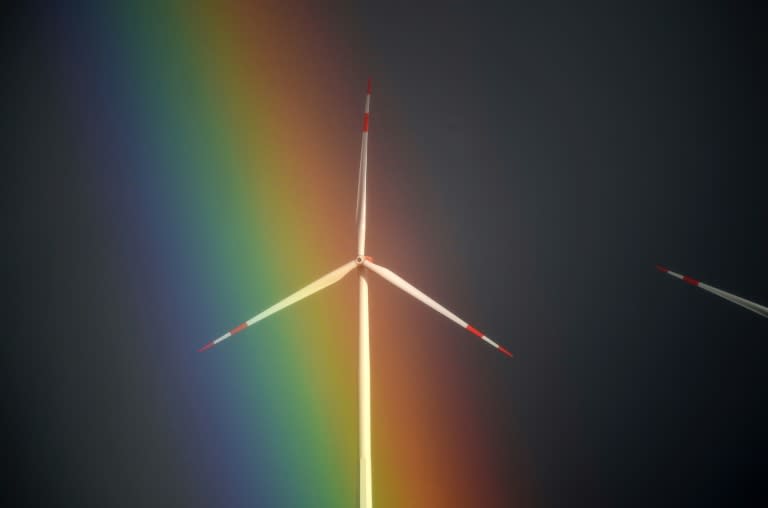 The share of electricity from renewable sources increased significantly in the first quarter due to stormy weather and above-average sunshine hours. Compared to the same period last year, almost 25 percent more electricity was generated from the sun and wind, as announced on Monday by the Federal Association for Energy and Water Management (BDEW) and the Research Center of Solar and Hydrogen Energy Baden-Württemberg (ZSW). . This increase is due “mainly to the favorable weather conditions for the generation of wind and solar energy at the beginning of the year”.

The first two months of the year in particular were “unusually windy”, BDEW and ZSW explained. The stormy weather in February, when several severe winter storms hit Germany, even set a new monthly record with 20.6 billion kilowatt hours (kWh) in electricity generation from wind power. According to preliminary calculations, a total of around 74.5 billion kWh of electricity was generated from renewable energies in the first quarter.

In January and February, renewable energies thus covered 54 percent of total electricity consumption. For comparison: According to the Federal Statistical Office, in 2021 as a whole, 42.4 percent of the electricity generated in Germany and fed into the power grid came from renewable sources.

BDEW chief Kerstin Andreae stressed in view of concerns over energy supply due to Ukraine’s war how important it is to “quickly become independent from fossil fuels and thus also from Russian imports”. However, the high proportion of renewables in the first months of this year “should not hide that the expansion of renewables is going too slowly,” he criticizes.

The measures to advance massively in the expansion of renewables are “more urgent than ever”, demanded Andreae. “We need faster planning and approval procedures and more space for wind turbines and photovoltaic systems.” It is “good that the federal government has announced that it will make two percent of the area in Germany available for wind power generation,” the BDEW chief added. “But it must also be ensured that wind turbines are actually built in these areas.” Too often, projects fail in the course of the approval process.