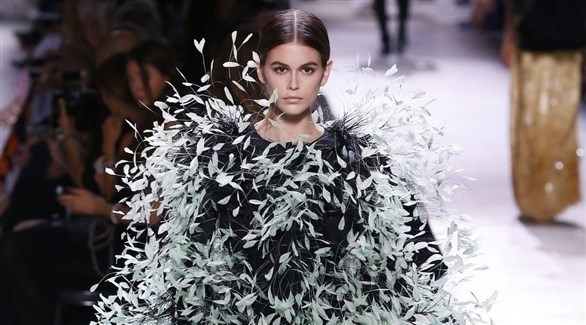 Although fashion houses are racing to do without natural fur, they still rely on lint or feathers in their winter puffer jacket shows.

One of the most outstanding characteristics of feathers is that they are light, insulating and have a puffy effect. Estimates by specialists in the feather industry indicated that what is extracted from geese and ducks has unmatched properties compared to petroleum-derived materials that are used in more than 80% of the quilts and winter jackets that protect against the cold in the world

Most fashion and everyday clothing brands already offer winter jackets with feathers, despite their high cost, which are sold between 60 and 70 euros in stores such as C&A, Zara and H&M, and their price can reach thousands of euros. euros at Moncler and Louis Vuitton.

“More and more people are making sustainability a key factor in their purchase decision,” said Julian Lings, head of sustainable development for The North Face, known for its outdoor sportswear.

“Since the sources of feathers are natural, responsibly harvesting them is a good option to use alongside synthetic materials,” he added.

In 2014, The North Vice received a report about the “risks of mistreatment of the animals within the food supply chain” from which it obtains the feathers, for which it took the initiative, in cooperation with the non-governmental organization “Textile Exchange” and Testimony Authority, to take steps to ensure that waterfowl are not plucked alive or force-fed.

The Textile Exchange Association confirmed that the standards that were applied “protected 636 birds in 2020 worldwide.”

The “Down Pass” authority, which is also a reference for standards in this sector, stated that it authorized the use of more than 5,700 tons of feathers in the same year, in a global market estimated at 180,000 tons, which is controlled by China. .

Recycled feathers are more environmentally responsible than the feathers themselves. The giant company Uniqlo, known for its ultralight jackets, launched the idea of ​​”involving” customers in recycling, inviting them to return unused jackets to stores. The company has recalled some 830,000 down jackets since 2019 and reused them in new collections.

High-end winter jacket maker Moncler also launched a recycling program in mid-2021 and announced in January that it would phase out the use of fur, like many fashion houses, but had no intention of doing without feathers.

Recycling or not the feathers, it is ruled out to use animal feathers to make the winter jackets of the Italian brand “Save the Duck”, which means “save the ducks”, which seeks to keep ducks “from the cruelty imposed by industry”, as explained by the director of the company, Nicola Bargi, “in ten years the company has sold 5 million jackets and saved more than 20 million waterfowl”, he said, but it is using “increasingly more padding from the recycling of plastic bottles. to reduce the environmental impact of synthetic materials, he said.