Farewell to the ball: the Church recovers the parish and residence it sold in Madrid in 2018 for the same value 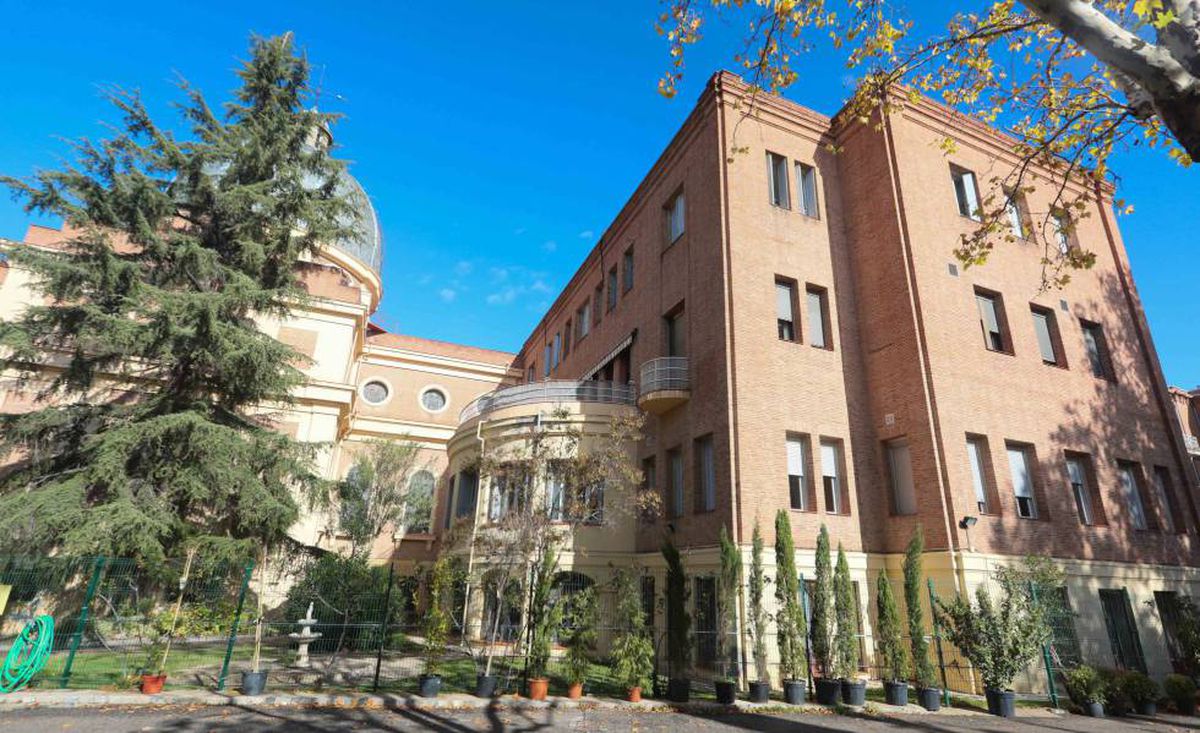 A step backwards to ensure the survivability of more than a hundred elderly people in a care home in Madrid. The Archdiocese of the capital and the University of Nebrija signed an agreement this Wednesday for everything to return to its origins. According to the document to which this newspaper had access, both the nursing home and the Foundation Holy Virgin and San Celedonio, on Calle Padre Damián, 22, a five-minute walk from the Santiago Bernabéu, will be “about 29,000 square meters” as well as the parish of San Jorge with which it adjoins, and after the sale for 37 will again be managed by the Church of Madrid million euros in 2018. “We are working to preserve the assets of the foundations and to ensure their foundation purposes again,” emphasizes a high-ranking official of the archdiocese who was present at the negotiations. The text agreed with the private university consists of seven points. It will be sent to investigative court number 28 in the next few hours to lift part of the precautionary measures – Nebrija was banned from selling the residence and land after the case went to court. That sale was part of an urban conspiracy that ended with more than 30 defendants — lawyers, bankers, accountants, corporations and even a former newspaper director — charged with corruption and document forgery, among other charges.

It all started on November 14, 2019. More than 150 elderly people and a religious congregation of nuns lived in this U-shaped nursing home. They were part of the Santísima Virgen y San Celedonio Foundation, created on July 1, 1916 as a result of a donation from the Count of Val, a Marquis who wanted to create a charitable organization to take care of the most disadvantaged elderly people . The foundation was managed by the Archdiocese. “The sale was supported 90% by the families of the elderly,” sources on the foundation’s board of trustees argued when EL PAÍS uncovered the case. It was fake. This sale was part of a large municipal lot within the Madrid Church.

According to the previous members of the Board of Trustees, the alienation took place because the residential building was not adapted to the 21st century and older people need better care. However, according to the accounts accessible to this newspaper, the foundation had a reform of more than 1.5 million euros three years ago. Another board member asserted that this was due to the accounts: “We have no money for unforeseen events.” The accounts showed an average gain of 177,460.65 over the past five years. With the sale, the University of Nebrija wanted to build student dormitories. In the agreement signed this Wednesday, the Madrid church will repay the first and only payment so far: 16.5 million euros without interest. The days of the elders and their relatives were numbered. The sale envisaged the departure of all of them in November 2021, which was halted shortly after the case reached the courts. Now everything returns to its origin. There will be no sale. The residency will continue until 2019.

Nearly 200 families living in rent, more than 100 elderly people and nearly twenty nuns living in a nursing home are currently the main victims of the church real estate plot in Madrid uncovered by EL PAÍS. The three companies bundle the sales of 18 buildings. They all belong to foundations overseen by the Archdiocese. The sales took place in the last three years. Together they brought in an amount of more than 100 million euros. The Church wanted to use this capital to buy a plot of land to build a “City of Mercy” southwest of Madrid, a kind of mini-Vatican with old people’s homes and several Catholic schools. A chimera. The Vatican found out about this news and sent a lawyer a year ago to advise Cardinal Carlos Osoro (Head of the Archdiocese of Madrid) on this whole matter. The envoy from Rome hired a law firm in Madrid to reverse all operations. This was the first case.