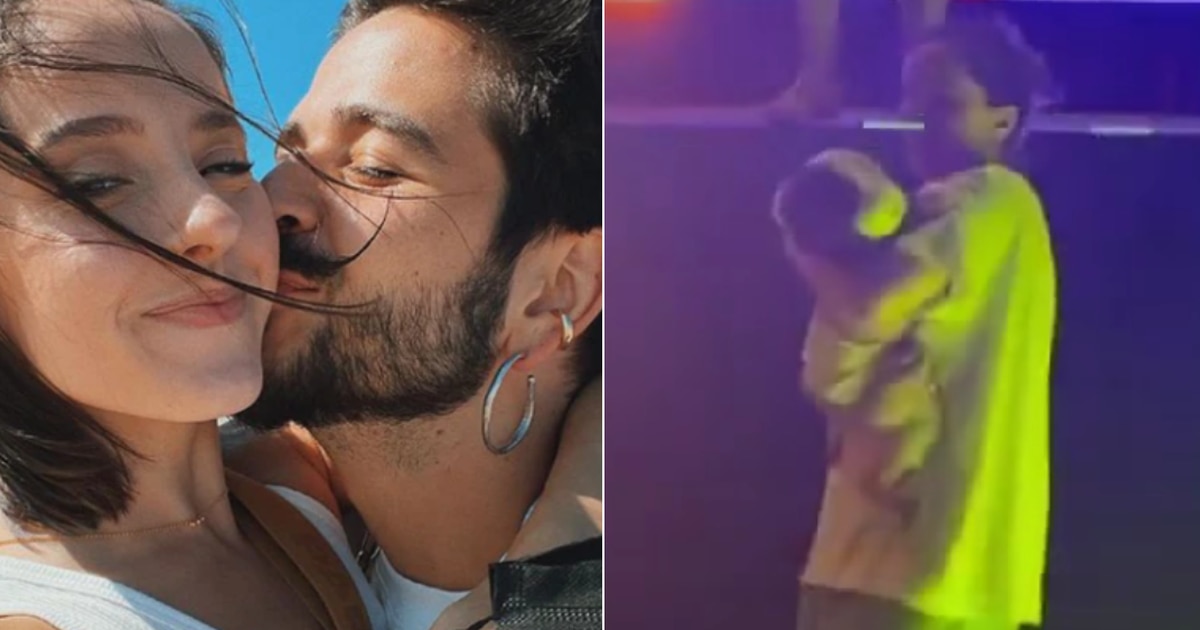 Assess Up and Camilo are having their best time after welcoming their firstborn Indigo in early April. Although the couple didn’t let their faces show, they did share some of the sweetest moments with fans by their side.

The interpreters of “Machu Picchu” have already shown that music runs through the veins of little Indigo since in some videos we hear her babbling and moving to the rhythm of her songs.

On one occasion Camilo was captured by Evaluna while dancing with his daughter and on another he appears playing guitar in front of her.

Now Ricardo Montaner’s daughter has shared a video in her Instagram stories where she carries the baby while dancing. Both are in rehearsal for one of Camilo’s concerts, who approaches them to sing for them.

The video also circulated on social media.raising criticism against the new parents for “exposing” her to such loud noise.

“Poor baby! your ears!” “Oh but the noise for a baby is not very loud?”. “They had to protect his hearing…so he wouldn’t hurt himself??? assuming the sound must be loud!”. “The baby’s ears are going to pop for exposing her like that.” “It’s too small for this noise level.” “Oops! watch out for baby ears,” the comments read.

The truth is you can see that the little girl is wearing noise canceling headphones, which they do not emit sound, they only muffle and protect the ears from external noise.

Why do babies need this type of headphones? According to experts, children are more sensitive to loud sounds than adults, so hearing aids can keep them comfortable, but they can also help prevent noise-induced hearing loss.

specialist in department of otolaryngology at NYU Langone Health in New York reveal that any noise above 85 dBA poses a health risk to the baby and requires special headphones. “Noise-induced hearing loss can occur after just a few minutes without hearing protection”they assure.

While some have dedicated themselves only to criticizing them, others have defended them, applauding the positive upbringing they have with Indigo as well as the love they show as a couple.

“Wonderful early stimulation for the baby, they encourage her behavior and social skills, and she also has music in her DNA.” “Beautiful, you see they are a united family.” “How beautiful, I’m glad they’re a happy, unprejudiced couple even though they’re young.” “I like their naturalness and their humility despite everything, they are the most transparent, simple and ordinary people, I admire them.” “He teaches the baby to be in a noisy environment like dad’s concerts so that when she’s older it’ll be something natural.” “They’re interested in love, quality time, not clothes or looks, they’re happy and pretty”, fans have spoken.

The couple did everything to protect their daughter

The entire Montaner and Echeverry family has pledged not to show Indigo’s face. Although uncles and grandparents showed glimpses of the little girl, neither revealed more out of respect for their parents’ decision.

A few weeks ago, after performing a concert in this state, journalists and photographers gathered outside the hotel where they were staying to capture them with her daughter. Although Camilo greeted them from afar, Evaluna, who was carrying her in her arms, had trouble hiding her with blankets.

The paparazzi action also angered fans, who were quick to demand respect for the singers’ decision to hide the baby’s identity.