“Faithful friends, come, I’m under siege”: Ortega orders an attack on a community in Nicaragua 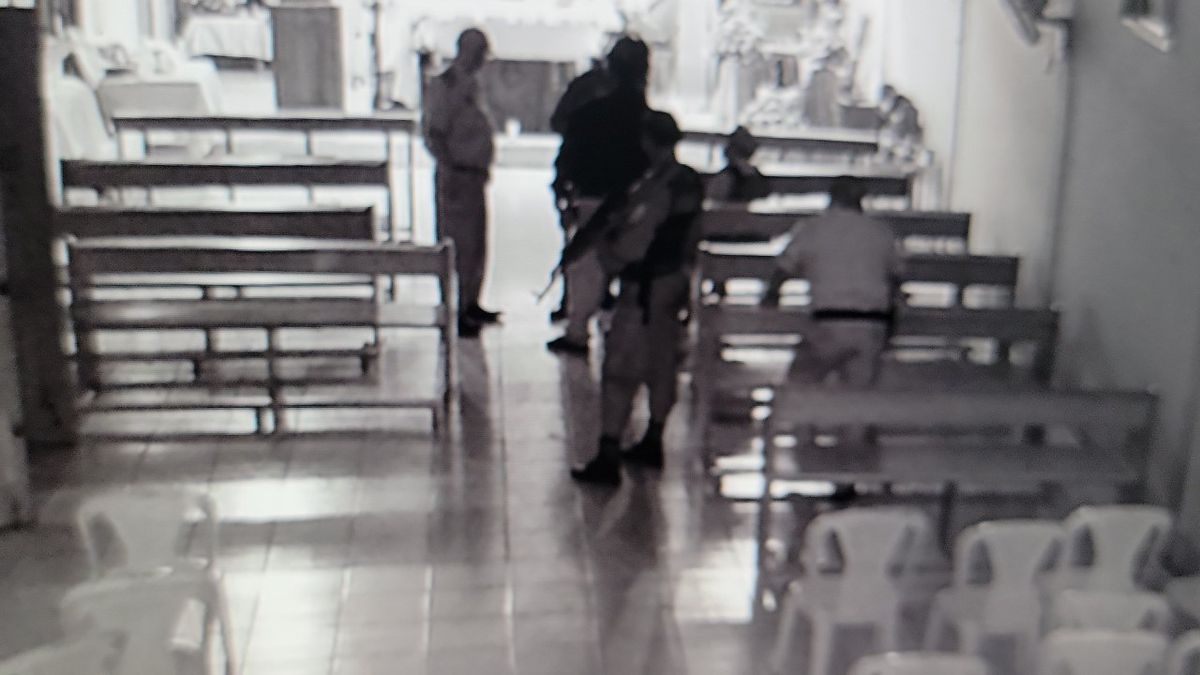 “Faithful friends, come, I’m under siege,” cried out the priest Uriel Vallejos of the Church of Divina Misericordia in Sébaco, an agricultural community in northern Nicaragua, that Monday afternoon, shortly after riot police raided the Chapel of the Infant Jesus in Prague. Officers picked locks and doors and attacked community members while executing a search warrant issued by the regime of Daniel Ortega and his wife and Vice President Rosario Murillo. The aim of the police officers, the religious said, was to attack the Catholic radio station in this parish.

Hours before the attack on the chapel – which began around 6:15 p.m. – the Nicaraguan Telecommunications Institute (Telcor) extinguished the five Catholic radio stations run by the Diocese of Matagalpa. The person in charge of this Catholic district is Bishop Rolando Álvarez, one of the most critical of the regime, who was surrounded by the police for more than a week last May and ended the harassment with the censorship of Nicaragua’s Catholic channel.

Álvarez is one of the most harassed bishops in the offensive launched by the presidential couple against the Nicaraguan Catholic Church since 2018, when the bishops began to take a critical stance over human rights abuses and the continued power of Sandinista caudillos. Resentment against the prelates included the enforced exile of Bishop Silvio Báez and the Rev. Edwin Román; Churches under constant siege, the explicit expulsion of Vatican nuncio Waldemar Sommertag last March and the recent prison sentences against two priests.

According to witnesses, the police raid was violent: officers “fired bullets in the air”, detonated tear gas and beat dozens of parishioners and citizens who responded to Father Vallejos’ call. The live broadcast on a Facebook page of the church that was raided shows chaos and panic as the riots are put down. As of Monday night, the number of people injured in Sébaco was not announced, but there is one citizen who, Vallejos said, appears to have lost his eye to a bullet. The videos, already dominating social media, commemorate the violent repression by police and paramilitaries in 2018, with cartridges from citizens being shown as evidence of the repression.

An hour into the search, officers broke the locks on the chapel and roof and opened holes through which they also entered. The temple was completely occupied by the armed officers while the priest Vallejos took refuge in the priest’s house of the church. According to citizen testimonies collected by EL PAÍS, the special forces turned off the power and left the location of the attack in the dark.

“Police broke the chapel’s padlocks to get in where the (radio) equipment is supposed to take them away. The police are attacking the faithful inside,” Vallejos warned on Twitter. Then he posted other messages; First: “Disrespect for our church and our faith; They have taken the chapel. And a second, which added to the uncertainty about the safety of the religious: “We are groping in the dark, they have switched off the power supply to the priest’s house.”

Bishop Rolando Álvarez said from the pulpit of Matagalpa Cathedral while the police attack was taking place in Sébaco that Telcor’s current director, Nahima Díaz, argued that the closure of Catholic radio stations was because they had not done so since 2003 about the ” current license”. However, the religious leader clarified that on July 7, 2016, he held a meeting with the former director of that institution, Orlando Castillo, and asked him to put it in order “according to current Telcor orders.” “We never received any replies, as is usual with the government.”

“If the director of Telcor wishes to see me, I will bring her, with the receipt and signature of this meeting, all the documents that I have given her … if she is right, I will tell people myself that it is right that she close our radio stations. But if they are not right, they must have the courage and courage to say that they are wrong, or they have the purpose of blocking our means of communication,” affirmed the bishop.

The Office of the United Nations High Commissioner for Human Rights (Oacnudh) called on the State of Nicaragua to stop this “outrageous act” against the Catholic Church in Nicaragua “immediately”. At the same time, he called not to oppress the citizenry. The one who was absolutely silent was Pope Francis, opponents say, as this persecution is “the most severe the Catholic Church has faced in the region”.

Last June, the United States Department of State released a report on the state of religious freedom in the world, stressing that Nicaragua is at the forefront of attacks in Latin America. “President Daniel Ortega and Vice President and First Lady Rosario Murillo verbally harassed priests and bishops, calling them ‘terrorists in cassocks’ and ‘coup plotters,’ and accusing them of crimes,” Secretary of State Anthony Blinken said.

The canceled stations are Radio Católica de Sébaco, Radio Hermanos, Radio Nuestra Señora de Lourdes from La Dalia; Our Lady of Fatima Radio, from Rancho Grande; Radio Alliens from San Dionisio and Radio Monte Carmelo from Río Blanco. The guillotine against radio stations also comes at a time of total persecution of freedom of speech and freedom of the press in this Central American country.

Previous articleeBay voucher: 15% off school, office & Co.
Next articleCora Schumacher: She poses naked in the pool