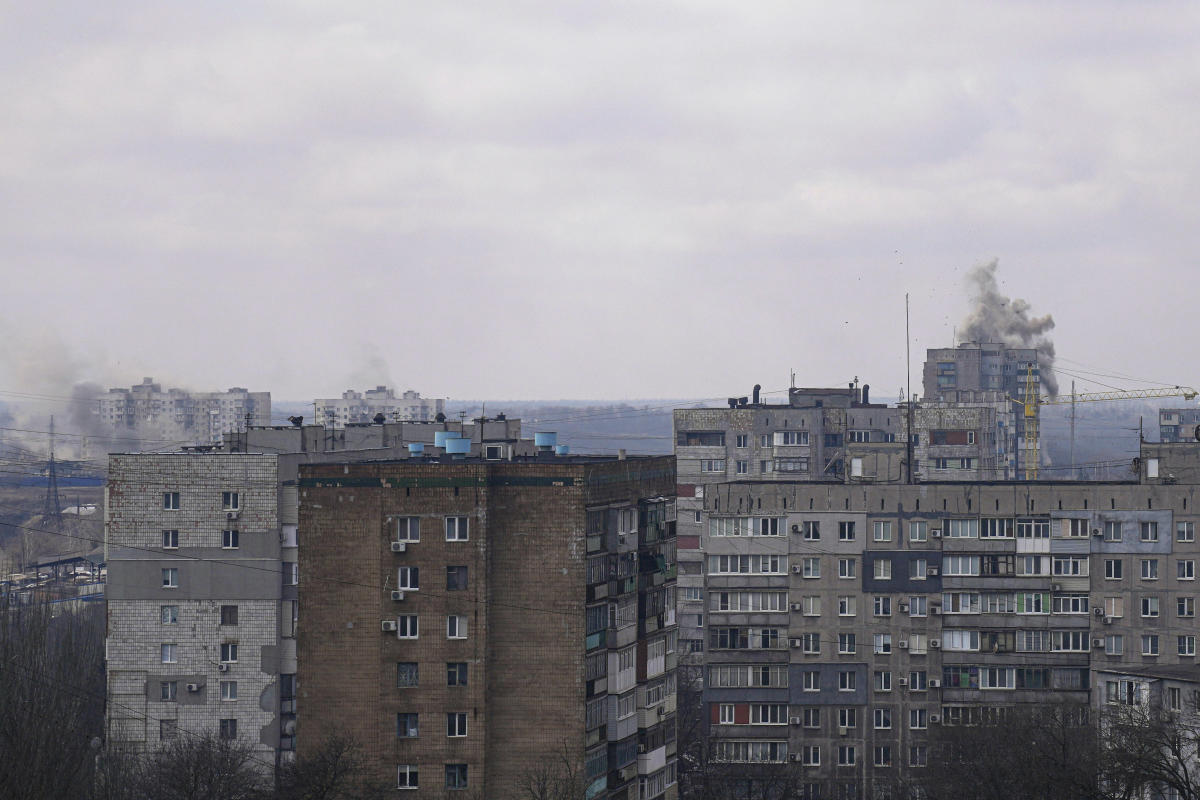 No ceasefire, no rapprochement, no end of horror in sight: For the first time since the outbreak of the war, the foreign ministers of Russia and Ukraine speak directly to each other, with little to report. In Germany, the consequences are becoming more noticeable.

Even after a high-level conciliation attempt in the Ukraine war, there is still no sign of peace. A meeting between Ukraine’s Foreign Minister Dmytro Kuleba and his Russian counterpart Sergei Lavrov in Turkey on Thursday did not bring any significant progress. Two weeks after the start of the Russian attack on the neighboring country, it was not possible to agree on at least a temporary ceasefire or more escape corridors. This also applies to the port city of Mariupol, which has been surrounded by Russian troops for days, and where the situation is becoming increasingly dramatic, according to the city administration.

Foreign Minister Olaf Scholz (SPD) and French Head of State Emmanuel Macron called on Russian President Vladimir Putin for an immediate ceasefire in a phone call that lasted about an hour. Ukrainian President Volodymyr Zelenskyy called it important to increase sanctions pressure against Moscow. According to government circles, the federal government is not aware of an alleged meeting between Putin and former Chancellor Gerhard Schröder in Moscow. The portal “Politico” reported that Schröder was in Moscow to try mediation. There was no official confirmation at the moment. Chancellor Olaf Scholz said: “I don’t want to comment on that.” EU heads of state and government met Thursday in Versailles, near Paris, for an informal two-day summit.

Putin launched an attack on Ukraine on February 24. According to the UN, more than 500 civilians have already been killed. Ukraine assumes that the number of victims is much higher, millions of people are fleeing. Since the beginning of the war there have been talks between the negotiators. However, the meeting of foreign ministers in Turkey was the first high-level negotiation attempt. Turkey was the mediator.

At the meeting in Antalya, Ukraine made it clear that it basically wanted to talk about ways to end the conflict. Lavrov then explained, however, that the proper forum for this would be the talks that had already started in Belarus, a common neighboring country that is closely allied with Russia. Lavrov accused the West of exacerbating the conflict by supplying Kiev with weapons.

Kuleba complained that Lavrov had been unable to organize escape routes himself, even to the port city of Mariupol, which was suffering particularly. There was also talk of a 24-hour ceasefire, but: “We have not made any progress on this issue. Because it seems that these decisions are made by others in Russia.” Both Lavrov and Kuleba were, in principle, ready to continue the talks.

United States warns use of weapons of mass destruction

As a condition for the cessation of fighting, Russia demands that Ukraine declare itself neutral in its constitution. In addition, Kiev must recognize the annexed Black Sea peninsula of Crimea as Russian and the breakaway areas of Luhansk and Donetsk as independent states. Both sides had recently indicated a certain willingness to compromise. But Kuleba emphasized: “Ukraine has not surrendered, is not surrendering and will not surrender!” Kiev is ready for diplomatic solutions.

Ukraine blames Russia for this. Moscow rejected this and spoke of “fake news”. Selenskyj described the Russian information as a lie, according to which the ultra-radical fighters were stationed there. Information from both sides could not be independently verified. The United Nations rejected Moscow’s accusations of alleged fake news: “The human rights team there has confirmed and documented what they described as an indiscriminate airstrike on the hospital and that the hospital was treating women and children at the time,” said the UN spokesperson, Stephane. Dujarric.

According to the UN, 2.3 million people have fled to neighboring countries since the start of the war, including one million children. Of these, more than 1.43 million people arrived in Poland alone, according to authorities there. In Germany, the authorities have registered nearly 100,000 refugees. Since there are no fixed border controls at internal EU borders, the number could be much higher.

As the war continued, tensions grew between the EU countries over its further course. At a meeting of heads of state and government in Versailles, near Paris, countries including Latvia made it clear that they no longer found Germany’s refusal to stop energy imports from Russia acceptable. Opinions also differed on how to deal with Ukraine’s application for EU membership. Here, too, Germany is one of the EU countries that is hitting the brakes.

According to Putin, Western sanctions will make Russia more independent from the rest of the world. “The pressure of sanctions has always existed, but now it has a complex character, it creates certain questions, problems and difficulties for us,” Putin admitted. “But just as we have overcome these difficulties in recent years, we will overcome them now,” he said, according to the Interfax agency.

Western companies leaving Russia due to war risk having their assets nationalized in Russia. The government is taking steps to bankrupt companies and then nationalize them, former Russian Security Council president and deputy head Dmitry Medvedev said. Oil prices rose again and fuel prices in Germany continued to skyrocket. According to the European Central Bank, the war is clouding economic prospects and fueling inflation.