Faeser: “Fight against the enemies of society” – politics 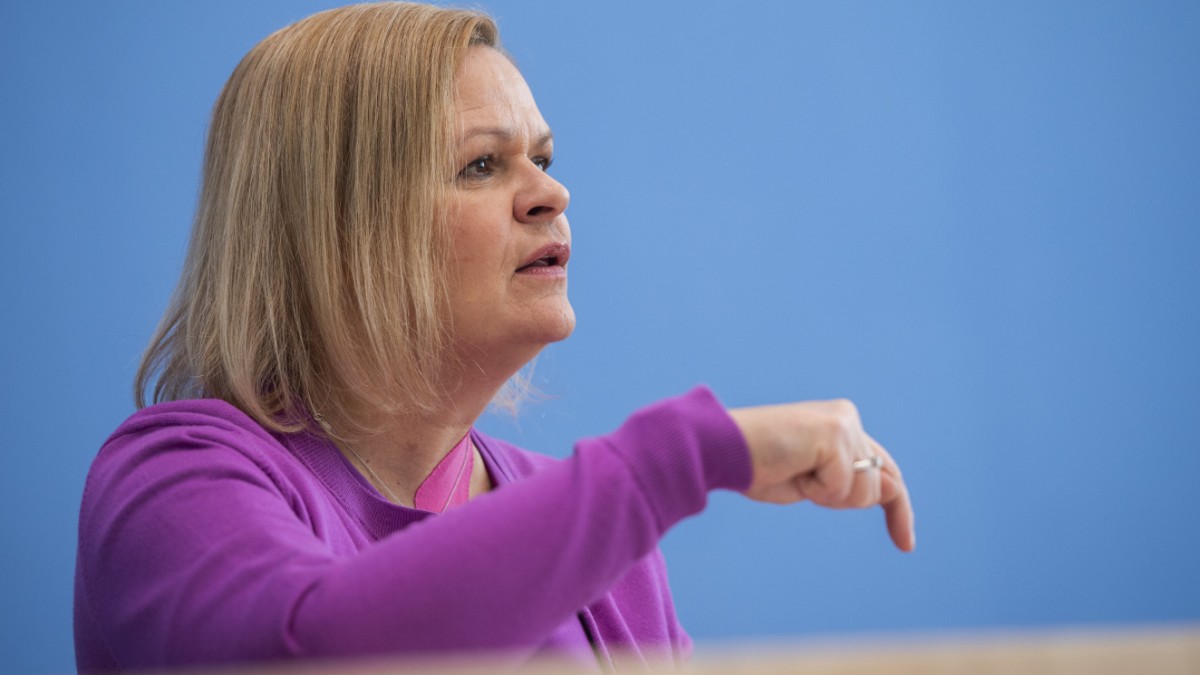 In the future, right-wing extremists should be more easily disarmed and more quickly removed from public service. In addition, the significant flows of money, from which right-wing extremist networks profit, must be specifically dried up. Attacks on local politicians should also be more effectively prevented in the future. This is part of an action plan against right-wing extremism that Federal Interior Minister Nancy Faeser presented with the heads of the security authorities in Berlin on Tuesday. Faced with the threat to peace in Europe due to the attack on Ukraine, “we must strengthen internal peace in our country,” said the SPD politician.

After a series of attacks and assassinations, the government picks up the pace against right-wing extremists. Democracy must clearly name and combat the enemies of the open society, Faeser said. “The NSU murders, the assassination of Kassel district president Dr. Walter Lübcke, and the attacks in Halle and Hanau have revealed a new dimension of the extremist danger.”

The focus of the action plan is initially the flow of money that feeds the anti-constitutional activities of the right. Without funds there is no propaganda, Faeser emphasized. “We see right-wing extremists making huge revenues through concerts, festivals, music products, martial arts events, e-commerce, stage wear and merchandising,” Office for the Protection of the Constitution President Thomas Haldenwang. This influx of funds is now being observed more and more. The focus is on illegal financial transactions,” says Haldenwang. As far as security authorities know, these account for a significant proportion of the financing of right-wing activities.

In addition, the Federal Ministry of the Interior wants to disarm extremists more consistently than before. Authorities are aware of more than 13,300 violent right-wing extremists in Germany. Around 1,500 suspected right-wing extremists who have been identified by the intelligence service are licensed to own weapons. “That is too much,” said the chairman of the Office for the Protection of the Constitution, Haldenwang. “Together with the weapons offices and local authorities, we will ensure a significant reduction.”

Until now, the extremists have also been able to obtain weapons licenses because the authorities have little knowledge of their history and the findings of the Office for the Protection of the Constitution. Faeser now wants to create a new forum that authorities and courts can use to better exchange information, including on psychological problems and extremism among gun license applicants.

In the future, local politicians will also be better protected against hostilities and violent attacks from the right. The number of attacks documented by police has more than tripled in recent years, Interior Minister Faeser said. “The sharp increase in these acts shows brutalization and disregard for the state and democracy, which requires consistent action.” Within a year, an “alliance” of various authorities is to develop proposals for better protection.

But Faeser also wants to take more decisive action in public service. “Anyone who rejects the State cannot serve it,” said the Social Democrat. The minister plans to amend the Federal Disciplinary Law so that right-wing extremists can be removed from public service faster than before and unconstitutional activities also have consequences when a public official is suspended from office. For federal authorities who have right-wing extremists in their ranks, a coordination center with counseling opportunities will be established at the Federal Office for the Protection of the Constitution. But there will also be counseling services in the future for people who see a “radicalization due to a growing belief in conspiracies” in their environment.