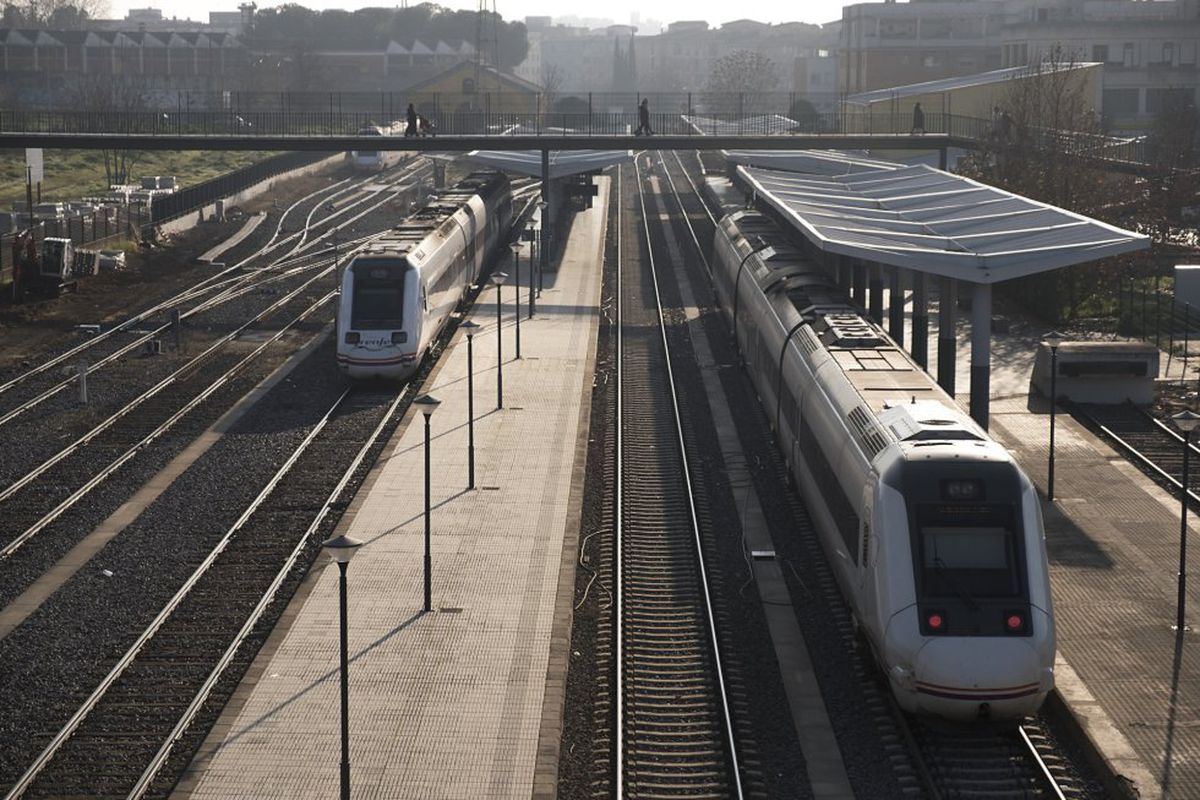 22 years after the promise, as of this Thursday, Extremadura has a faster train to shorten the times between the region’s main municipalities and the capital of Spain. It will go into operation on July 19, as Minister of Transport Raquel Sánchez announced this Thursday during an inaugural drive. No, it won’t be an AVE, as announced with great fanfare by José María Aznar in 2000. Yes, from now on the improvement will only affect the route between Plasencia and Badajoz. In other words, the route that runs from the Spanish capital to Plasencia will remain conventional, with the usual drawbacks: no electrification and no duplication. In general, the reduction in time applies to those passengers coming from Madrid and making their way to Cáceres, Mérida and Badajoz. Not so until Plasencia, which continues at the same times as always: three hours. The new train will therefore only run through Extremadura. There is no date yet for the improvement of Plasencia and Madrid, a key section between the two communities, and that would cut times drastically.

What advantages does the user then have? Those who start their journey at Atocha station will now get off at the new Plasencia station, board the new Alvia and start their journey there again towards Cáceres, Mérida and Badajoz, faster than before thanks to the improvement of most of the roads. The so-called “Extremadura Fast Train” will be a high-speed train that will shorten the journey to the capital of Spain by 50 minutes. 40 minutes between Monfragüe and Badajoz train station; 25 minutes between Badajoz and Cáceres or 20 between Cáceres and Mérida. Undoubtedly an improvement that will also be added to the restyling and facelifting of Badajoz, Cáceres, Mérida and Plasencia stations. Renfe will put on sale tickets this Friday with a promotion of 30,000 between 18 and 22 euros for the coming months. how the newspaper has progressed Today Extremadura.

Roads not suitable for the AVE

However, the main flaws of this new service, which made its first trip this Thursday, are the routes on which it operates. The train will continue to run on Iberian gauge tracks. These lines only work in Spain and Portugal and therefore do not allow traffic of AVE trains. The trains that will run won’t be new either, they have been in service across the country for 15 years, according to Department of Public Works sources.

Extremadura has a railway network of 725 kilometers. Up until a few months ago, there were two train models – seven and twelve years old – that only occasionally reached a top speed of 160 kilometers per hour. The average was between 80 and 100, according to the Extremadura government. As of October 8, 2019, 15% of the sleepers were from the 19th century. Wooden. The oldest in Spain. “There is no explanation why this region lacks adequate infrastructure for the 21st century,” said then-President of the Railway Infrastructure Administration (Adif), Juan Bravo, in 2017. “Punctuality depends on the characteristics of the infrastructures and they are insufficient,” added Ramón Azuara, then General Manager of Renfe Viajeros.

The trip between Madrid and Badajoz is one of the worst in Spain, as it is mostly done with a medium-distance train. The last Talgo left Badajoz for Madrid in December 2010 with the promise that his regional replacement would improve service. It’s never been like this. In fact, the Talgo returned in 2018, but only in a few places and once a day. In other words, until three years ago, Extremadura was the only region in Spain that did not have long-distance railways. There were no Alvias either: Trains that can travel at up to 250 kilometers per hour, with more comfortable seats, with a cafeteria, with radio, with headphones, with televisions. Small pleasures opted for by all users who make trips of more than five hours, except this one. These are the trains that will start operating from July 19, but only between Plasencia and Badajoz. “On this line in Extremadura”, underline Fomento sources, “at the moment they will circulate at 180 kilometers per hour and not at maximum speed”.

Despite the new train, the entire route is not yet double track. In this community of more than one million people in southwest Spain, there is only one lane, so at some point in the journey, the uphill and downhill trains cross, and one of them has to stop at a station to avoid an accident. A circumstance that continues to cause numerous delays, bus trips and cancellations. Likewise, along with Murcia, is the only one that does not yet have electrified routes – more quality of service –. Demands for improvements to the train reached such a point that nearly 40,000 people from Extremadura protested in Madrid’s Plaza de España on November 18, 2017, chanting “worthy train now”.

The first isolation of this region occurred on New Year’s Eve 1984. On that day, Renfe closed the Plasencia-Salamanca-Astorga line. It forever separated the municipality from northern Spain. Since then, if an Extremaduran wants to go to Salamanca by train, for example, he has to go through Madrid. Since June 2015 these lanes are dismantled to form a greenway: only for hikers and cyclists. Farewell to the utopian resurrection of this section, although various scientific studies have again recommended it.

The second abandonment occurred in 2012. After 75 years, the Madrid-Lisbon train known as the Lusitania ceased operations. Today the only international connection between Spain and Portugal connects the cities of Vigo and Porto. The journey between the two capitals is delayed by 11 hours and four trains. And the third regional task in Extremadura has been developing since 2000 with the promise of high speed. 22 years ago, Spain and Portugal agreed that the AVE would travel through the Extremaduran countryside. “There will be an AVE,” Aznar said in 2002. “Top priority,” said then Minister of Public Works Magdalena Álvarez (PSOE) in 2007. In 2012, the term fast train coined by former President Monago (PP) came into use the AVE. And 2013 came and former branch leader Ana Pastor assured that it would be ready by 2015. Then for 2016. Then for 2017, 2018, 2019, 2020 and 2021. Finally it was partially and in July 2022.