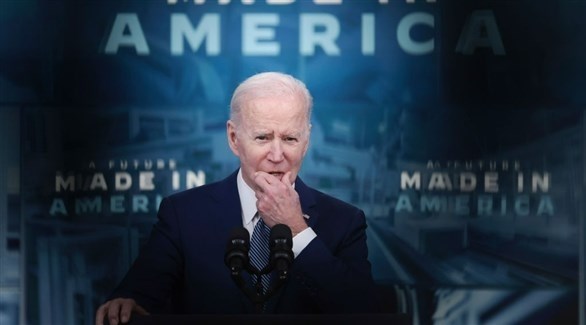 In a Foreign Policy analysis, seven senior foreign policy analysts offer their view of the change the Russo-Ukrainian war will bring to US and European foreign policy and national security, which a month ago seemed almost entirely focused on in China and the Pacific.

There is a fundamental difference between Europe and Asia, and that is that while the Russian economy, despite its role as an energy supplier, is poorly integrated into the European geo-economic space, China is fully integrated into Asia.

Anne-Marie Slaughter, executive director of the New America Foundation, made it clear that if Putin wins, he will rewrite the rules of the liberal international order, but considered the fundamental change in China’s refusal to condemn this war.

He pointed to the danger of a world in which China and Russia support each other in redrawing regional maps and rewriting the rules of the international system instead of working to gain influence within existing institutions.

In this context, he said, “the folly of the Biden administration is most evident in escalating the competition between the United States and China, since this competition is a focal point of its security policy.”

She believed that Washington should have focused on Europe first by building an economic, political, social and security agenda across the Atlantic and expanding it as much as possible throughout the hemisphere, north and south, noting that the best way to compete with China is recognizing that continents that Europe and the United States treated like backyards deserve to be treated like frontyards now.

He explained that Putin’s invasion of Ukraine confirmed that Europe is an indispensable military ally of the United States and demonstrated its position as an economic, moral and legal partner, noting that it convinced Europe to increase its defense spending, in preparation for a future in which Europe may not be able to count on the support of the United States.
That is why the United States should encourage European efforts to develop a stronger and more coherent pan-European defense, and the Biden administration should move forward with a new Transatlantic Trade and Investment Agreement and create a common digital market, and foster European relations with countries of the Global South.

He added that after Putin’s departure, Washington should support Europe in building a new security architecture from the Atlantic Ocean to the Ural Mountains, perhaps with intersecting and overlapping circles of defense cooperation between groups of countries.

Enable alliances and share the load
For his part, Raja Mohan, a senior fellow at the Asian Society Policy Institute, said the Biden administration focused primarily on China in its interim guidance for 2021, so Biden approached Putin seeking a stable relationship. that would allow Washington to concentrate. about their priorities in the Indo-Pacific.
But the Russian invasion of Ukraine has raised questions about the sustainability of Biden’s penchant for the Indo-Pacific, and some analysts in Asia are concerned that the threat posed by Russia in Europe could force Biden to soften his position with China and return to a first place in China. strategy in the region.

Despite Washington’s diplomatic attempts to enlist Beijing’s help in stopping Putin’s war, the February 4 joint declaration of a “borderless” Sino-Russian partnership prevents Putin from choosing between Europe and Asia. In this context, Mohan considered that the possibility that one of the two leaders negotiates peace separately with Washington is very small, especially since Russia’s weakness will bring it closer to China.

“If Washington now faces challenges from China and Russia, it must empower its allies, renew burden-sharing agreements in Asia and Europe, and focus on what US National Security Adviser Jack Sullivan calls for the creation of networks of associations, institutions, alliances and flexible groups. of nations that is already gaining momentum in Asia,” he said.

He added: “Neither Asia nor Europe can balance China and Russia alone for the foreseeable future, but by doing more for their security, they are helping to bolster domestic US political support for continued military engagement in the two regions. And by promoting a larger role for its allies, and by further activating its political position, Washington can build enduring regional balances of power in Asia and Europe, backed by American military might, which can force Beijing and Moscow to take a more reasonable approach with their neighbors — and turn a blind eye to the belief that they are capable of concluding grand power deals with Washington at the expense of Asia and Europe.”

He considered that “common burdens and strong alliances with the United States would make it easier for Asia and Europe to balance short-term containment and long-term reconciliation approaches with China and Russia, reinforcing America’s permanent goal.” The great strategy of the States, which consists in avoiding the domination of any superpower over only one of the two regions”.

Keep Russia isolated
Robin Niblett, director of Chatham House, said the Ukraine invasion exposed the weakness of Europe’s security system as much as it changed it.
He pointed out that linking China in the orbit of Western sanctions to Russia has led to a greater rapprochement of these two superpowers, so the attempt to separate China from Russia in the midst of this crisis is very difficult, since the threat of imposing secondary measures Sanctions on China if it provides explicit economic support to Russia will carry significant risks to the broader US strategy.

He explained: “The Chinese market will continue to be important to European and Asian countries in ways that do not apply to the Russian economy. It will be more difficult to control alliances across the Atlantic and across the Pacific if the conflict ceases to be between the West and Russia.” only, to become between the West and its allies Russia and China”.

He stressed that few countries would want to join the United States in this deeply divided world, so the challenge remains to maintain Russia’s isolation and expose it for its blatant and brutal encroachment on its neighbor’s sovereignty.

Washington’s policy towards Russia will not work in Asia
Kishore Mahbubani, a senior fellow at the Asia Research Institute at the University of Singapore, argued that the lesson of US strategy from Russia’s war in Ukraine was very simple: that geopolitical pragmatism is better at preserving peace from the point of view of Absolute moral view that each country He is free to choose its own destiny, regardless of geopolitical consequences.

He stressed that the biggest change needed in the mindset of US lawmakers involved in Indo-Pacific politics is to abandon the black-and-white label, and instead the US needs to learn to be geopolitically pragmatic and work with groups in Asia. which includes China.

He added that there is a fundamental difference between Europe and Asia, and that is that while the Russian economy, despite its role as an energy provider, is loosely integrated into the European geo-economic space, China is fully integrated into Asia.

He considered that critics of Washington’s strategy in the Indo-Pacific are right to point out the great hole in this strategy; Where economic policy must be long-term. But at the same time, he stressed that the gap is larger than that, as the United States lacks the ability to formulate pragmatic geopolitical strategies in line with the strategies of most Asian countries, which have no problem working with China in their regional groupings. Rather, they believe that involving China in these multilateral groups is a better approach.

“If this kind of geopolitical pragmatism prevents the outbreak of war in Asia, whether it’s over Taiwan or anything else, it will be much better than the West’s moral tyranny over Ukraine,” he said.