Experts: Al-Suwaidan’s hadith is a stunt that does not reflect honest criticism 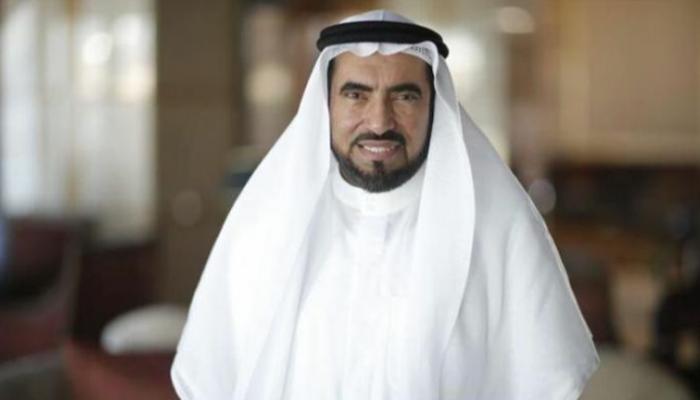 Arab experts and analysts confirmed that Brotherhood preacher Tariq al-Suwaidan’s statements are “mere media talk to take the pulse and record attendance, without honest intellectual reviews of the Brotherhood.”

Statements by Brotherhood preacher Tariq Al-Suwaidan caused a stir about the Arab Spring revolutions, and his claim that he was “not with the revolutions.”

The experts said that while these statements are a new blow within the Brotherhood, which has suffered for months from the internal rivalry between two fronts, one in Istanbul and the other in London, the division of the Brotherhood, and greatly exacerbated its weakness. It’s just media talk.

Dr. Tariq Fahmy, an academic and political analyst, underestimated the value of the Brotherhood preacher’s statements, saying in an exclusive interview with “Al-Ain News” that Suwaidan’s statements are just media talk and do not constitute, in a form or another. , Reviews of the Brotherhood of their positions.

He said: “He doesn’t trust Al-Suwaidan’s statements very much, because they are just statements to feel the pulse and an attempt to send them back and try to record his presence at the scene.”

In this sense, “Fahmy” considered that “it would have been more appropriate for the leaders of the group and its affiliates to apologize and offer religious and jurisprudential opinions, as the Islamic group did in certain stages in Egypt, and announced their repentance and returned to the homeland.”

Fahmy also confirmed that “Al-Suwaidan’s statements are understood as press and media statements that do not represent anything that is represented one way or another, and are useless.”

For his part, Dr. Hisham Al-Najjar, an expert on political Islam movement issues, said in an exclusive interview with “Al-Ain Al-Akhbar” that the Kuwaiti preacher’s statements contradicting himself are part of the dilemma of the organization.

And he added: “The positions of this preacher and other adherents to the ideology of the Brotherhood and its promoters are not based on a well-established methodology that includes the intellectual, political and geostrategic dimensions of the event.”

The Egyptian expert considered that “this current, with its pleas, leaders and theoreticians, does not look beyond the appearance of the event and its surface, since it is exploited and used by the parties and parties contributing to make events and move them for their benefit. hoping to get some illusory interest”.

He explained: “This current is a tool in the hands of external actors, and it does not have cadres and great thinking minds that have the ability to analyze political and strategic issues, read international and regional situations, and foresee the future.”

He continued: This current is also incapable of a correct logical reading of the event at the time, not only did the revolutions occur, but all the major events that the Brotherhood participated in or were a part of.

Those events, and the talk is related to Al-Najjar, from the July revolution through the events of the 1970s to supporting Khomeini’s revolution and trying to imitate and reproduce it in the Arab region to establish a “Sunni mullahs” state “for the assassination of the late Egyptian President Anwar Sadat, to the fact that they were nothing more than a cheap tool in the hands of the West in the war in Afghanistan to achieve American and Western interests.

According to observers, Al-Suwaidan’s withdrawal from his previous positions is a new earthquake within the Brotherhood, which is already suffering from unprecedented internal division and conflict, paving the way for its end.

Jump off a sinking ship

For his part, the Sudanese expert on terrorist group affairs, Fathi Othman, “Madbo” considered that the Brotherhood’s Tariq Al-Suwaidan’s statements contain many contradictions and, in their general context, an attempt to jump from a ship that was sink.

In his interview with “Al-Ain News,” “Madbo” said that the Brotherhood’s international organization has explicitly supported the so-called “Arab Spring revolutions,” which, among the strange things, brought the terrorist organization to power in many countries where it was successful, such as Tunisia, Libya and Egypt.

He added: “Sweden tried to escape from an important point, which is that, after the Brotherhood came to power through those revolutions and their attempt to monopolize power and implement their unilateral, closed program that is not applicable, they collided with societies and rejected them. still continues “

He continued: “The revolution is not a mistake, and the movement against injustice is justified, and the values ​​of heaven demand it, but what is not counted in the experience of the Brotherhood is the result of the Arab Spring, because this organization terrorist came to power only with slogans and has no programs or experience in managing the state, which is why he failed in Egypt, Tunisia and Libya.

Fathi stressed that “the Brotherhood was not able to get rid of its ideology and tried to impose it on a state that should be for everyone, which led to its failure, and these are the consequences that this organization does not want to recognize, and Suwaidan wants to escape.” of that with your contradictory statements”.

As for the Sudanese political analyst, Ahmed Hamdan, he says that the terrorist Brotherhood has never in its history been a supporter of revolutions and the liberation of peoples from dictatorial regimes, but it sided with the so-called Arab Spring revolutions to take as a walk to get to power at that time, after he failed to market his project through electoral and other benefits.

“Hamdan” added in his interview with “Al-Ain News” that “Al-Suwaidan’s statements reflect the desire of some wings of the terrorist organization for revolution as a means to reach the seat of power after the failure that afflicted them in this experience, after the people expelled them with the same weapon, as happened in Egypt, Tunisia and even Sudan”.

He continued: “These statements did not pass without causing a great impact on the Brotherhood organization due to the contradiction that it entailed that reflected the real intentions of this group, which continued to mislead the people by supporting the people and their liberation movement.” .

He stressed that “man may also want to clear himself of the bad results of the Arab Spring revolutions and the devastation they caused in various countries, thereby achieving personal political gain at the expense of his terrorist group, but this hypothesis also contribute to a further fracture of the organization”.

Al-Suwaidan said in an interview with Omani radio “Hala FM”: “With the waves of the Arab Spring and the tumult that came with it, many of our views did not reach the people clearly.”

These statements about the Arab Spring revolutions caused a stir and interaction on social networks, considering that he contradicts himself with these statements.

- Advertisement -
Share
Facebook
Twitter
Pinterest
WhatsApp
Previous articleRevelations about Iran’s secret banking system show how Russia could circumvent harsh sanctions against itself
Next article🎓 What do the next few days hold for ETC?… Here’s what the charts say