Exclusive: Nazanin Zaghari-Ratcliffe spends the first days reunited with her family in the chancellor’s Georgian mansion 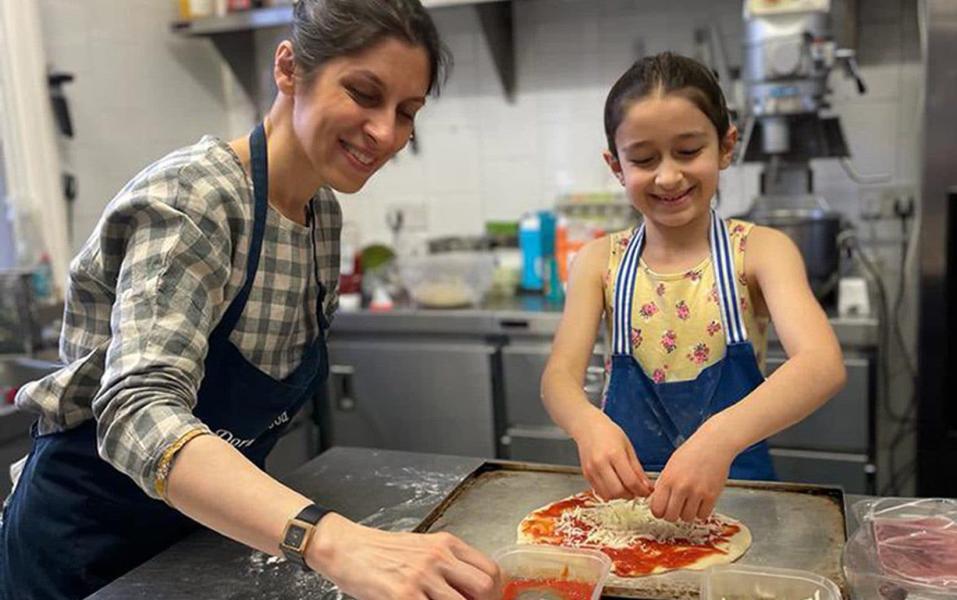 Nazanin Zaghari-Ratcliffe and her family spent their first days together in Britain staying at a government-owned mansion of grace and favor in the Buckinghamshire countryside, The Telegraph can reveal.

The British-Iranian national, who was jailed in Tehran for almost six years until her release this week, was transferred from RAF Brize Norton in the early hours of Thursday morning to Dorneywood, a country house historically used by the Ministers of Tax authorities.

She stayed there until Saturday morning with her husband Richard and daughter Gabriella, and on Friday she was photographed making pizzas with them in the home’s large professional kitchen.

Dorneywood is an 18th-century Georgian estate donated to the National Trust in 1947 by Lord Courtauld-Thomson, a British businessman who had previously used it to house Allied air force officers.

It sits on 215 acres of parkland and woodland, and features a swimming pool, conservatory, and croquet lawn used by the home’s former occupant, John Prescott.

In general, the house has been used by Ministers of Finance, but the Prime Minister can choose to allow any member of the Government to use it. In recent years it has been used by Philip Hammond, Sajid Javid and Rishi Sunak.

Like Checkers, the Prime Minister’s house of grace and favor, and Chevening, which is often used by the Foreign Secretary, the house is run by a trust overseen by peers, aristocrats and wealth experts.

Government departments can apply for use of the house from the trust, which this week was acquired by the Foreign Office, who designated it a “safe house” for Ms Zaghari-Ratcliffe and her family.

The family has vowed to keep the location of the property a secret in an attempt to allow them to reunite in peace, out of the media glare.

Broadcasters set up a camera outside her London home for two days after Ms Zaghari-Ratcliffe’s return to the UK in the hope of imagining her return home.

On Friday, Ratcliffe tweeted that his wife and daughter were making pizzas in the kitchen, accompanied by a photograph in Dorneywood that was quickly copied by Tulip Siddiq, a Labor MP who has been campaigning for his wife’s release.

The Telegraph understands that he was later contacted by Foreign Office officials who asked him to remove it because they were concerned that it would allow his location to be identified.

Ratcliffe has been prolific in the British media since his wife’s imprisonment in Iran in April 2016 after she was accused of training journalists in the country, a claim he has always denied.

He has completed two hunger strikes since his internment in an attempt to persuade ministers to do more to secure his release.

The Iranian regime finally agreed to allow him to leave the country this week, after Liz Truss, the Foreign Secretary, brokered a deal in which the UK would pay off a decades-old £400m debt.

Ms Zaghari-Ratcliffe was accompanied by Anoosheh Ashoori, 66, a British-Iranian national jailed by the regime in 2017.

As Ms Zaghari-Ratcliffe disembarked from her jet at RAF Brize Norton in the early hours of Thursday morning, seven-year-old Gabriella was heard exclaiming: “Mummy!” Ratcliffe told reporters that the trio were “waiting for a new life”.

“You can’t get back time that’s gone,” he said.

Ms Truss tweeted about her return to the UK: “Delighted that Nazanin and Anoosheh have landed safely in the UK and been reunited with their families and loved ones. Welcome home.”