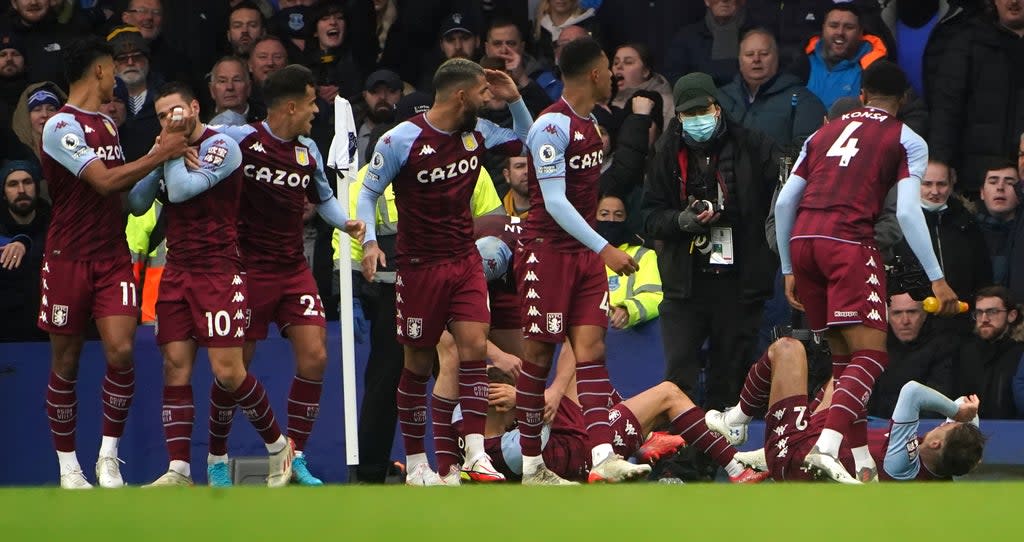 An Everton fan who threw a plastic bottle at Aston Villa players as they celebrated a goal has been given a suspended prison sentence.

Roger Tweedle, 19, admitted throwing a missile into the pitch and a common assault on Villa defender Matty Cash in the Premier League match at Goodison Park on January 26.

At Sefton Magistrates Court on Thursday, Tweedle was handed an eight-week prison sentence, suspended for 12 months, ordered to do 100 hours of unpaid work, as well as being handed a four-year football ban order.

District Judge Paul Healey said the sentence was beyond the normal range for the crime due to the circumstances.

He said: “Efforts have been made in recent years to tackle inappropriate behavior at football matches, security cameras covering the crowd have been installed, but this behavior appears to persist.

“Your behavior was disgraceful.”

He said that it had the potential to encourage others in the crowd to act the same way.

He added: “It affects the good name of the club you support.”

Lydia Durkin, a prosecutor, said Tweedle had accepted that he had thrown the bottle in anger at the opposing team with the intention of hitting a player, and was seen celebrating immediately after throwing it.

She said the bottle is not believed to have made contact with anyone and there were no injuries.

Tweedle was identified from CCTV footage and arrested on the stand, she told the court.

Marcela Salter, defending, said: “This was an act of frustration but it was followed up with immediate regret.”

Your sentence will also include a requirement for primary mental health treatment and you will be required to perform work on probation.

The football ban order prevents him from attending regulated football matches, going to towns or cities where Everton games are played, and coming within a mile of the Goodison Park pitch four hours before or after a match.