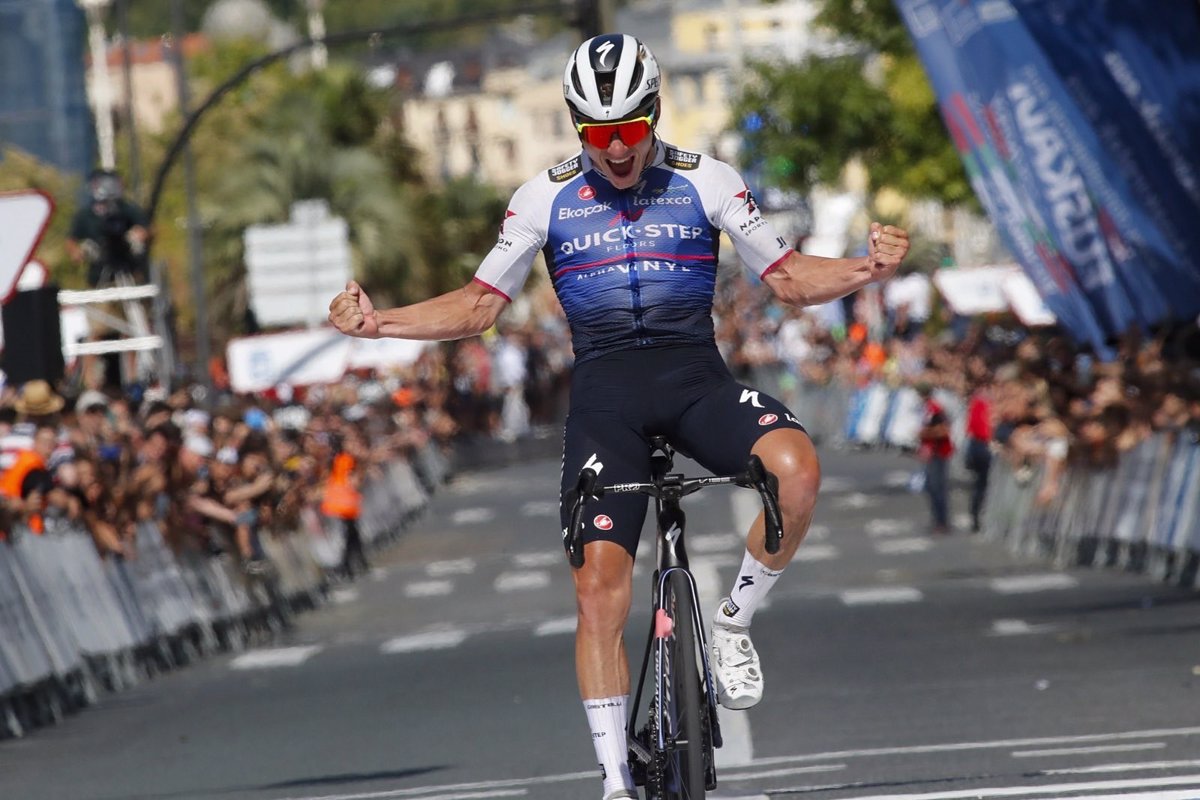 Cyclist Remco Evenepoel (Quick-Step Alpha Vinyl Team) won the 41st edition of the Clásica de San Sebastián this Saturday after 224.8 kilometers, crossing the finish line of the boulevard alone with a great performance that allowed him to claim the throne to recapture his victory in 2019.

Evenepoel, the youngest champion in the history of the Basque event, wore the traditional ‘txapela’, his first ‘monument’, at his debut in the oldest for the second time in a year in which the Belgian had already won the Liège-Bastogne-Liège from them.

“The Basque fans are incredible. It’s one of my favorite places in the world, with the best fans. It’s my favorite race next to Liège-Bastogne-Liège and luckily I won both,” he said after crossing the finish line, which was celebrated by the fans who supported him for his efforts throughout the day.

At 22, Evenepoel showed himself in San Sebastian by breaking the race in Erlaitz after going solo with 45 kilometers to go. The Belgian expressed his demanding pace and fans rewarded his efforts on the final climb in Murgil, where the brave Quick Step rider was carried on wings.

The INEOS Grenadiers team got behind the Belgian’s wheel, although Frenchman Pavel Sivakov and Spaniard Carlos Rodríguez were unable to cut the time on a runaway Evenepoel, and ended up by more than a minute on his special final “time trial”. which ended without incident.

Sivakov took second position while Rodríguez gave up in the last section and finished fifth, the best position of the Spanish riders. The podium was closed by Belgian Tiesj Benoot (Jumbo-Visma). For his part, Slovenia’s Tadej Pogacar (UAE Team Emirates) dashed his hopes in Jaizkibel and couldn’t budge from his second place finish in the Tour de France.

Veteran Spanish rider Alejandro Valverde (Movistar Team), returning to competition after his accident, didn’t have his best afternoon, retiring from the peloton before the winner’s final attack. Nonetheless, the Murcian enjoyed a special day in which he was recognized by the organisation. With that, the champion, who will retire at the end of the season, bid farewell to his testing in 2008 and 2014.

A classic that shows the return of a sweet Evenepoel. The cyclist has managed to put behind the serious injury he sustained in 2020 that kept him off the bike for six months. The Belgian’s next goal is now the Tour of Spain, which will be held from August 19th to September 11th.