Even journalists are not spared! A protester attacked TV channel emissaries 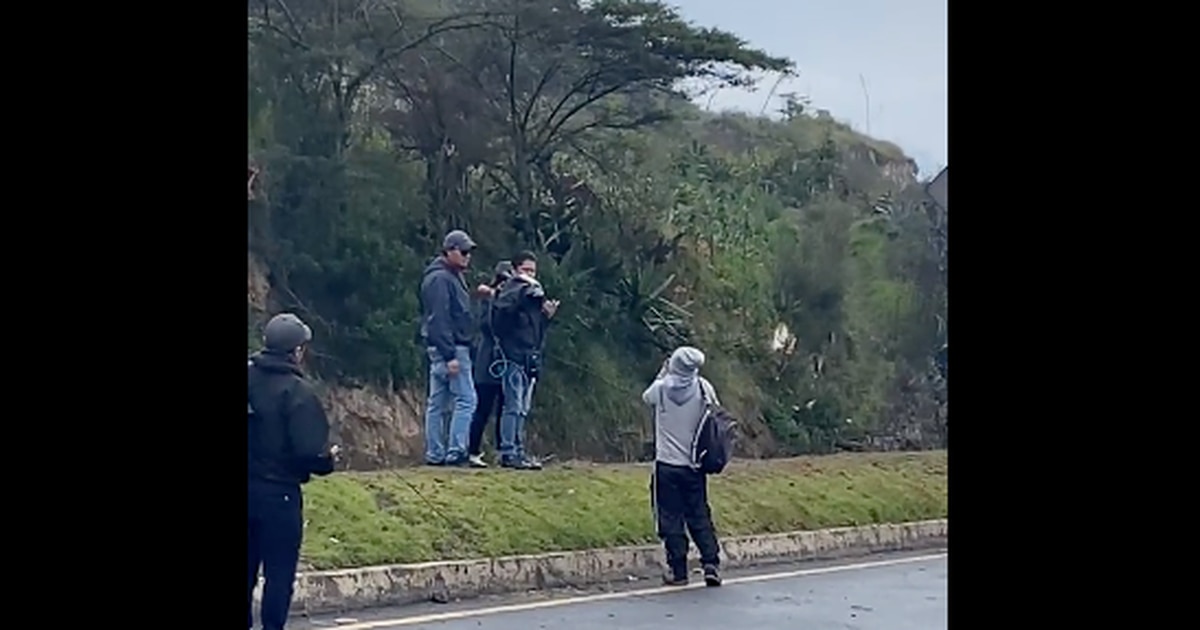 During the eight days of mobilizations, not only the demonstrators and the security forces were affected by the clashes, but the journalists also suffered the ravages of tear gas and popular anger.

This Monday morning, a group of journalists from Teleamazonas He was attacked by a protester who, with a stone in his hand, tried to hit them. The incident occurred in the San Miguel de Comun sector.

According to what they captured on camera, the subject covered their face and urged them to stop doing their job. Although none of the broadcasters were hit, the moment generated tension between workers at the TV station and the dozens of protesters who muttered as like-minded Andrea Báez recorded the moment.

The people involved are Nathy Jiménez, Marco Paspuel (cameraman) and Eduardo Paredes (assistant). Fundamedios blamed it like other incidents since last June 13.

This weekend, during protests in the Plaza de Santo Domingo, Kapari Network communicator and Saraguro People’s photojournalist Carlos Sarango was hit by an object.

The communicator reports that the national police dispersed the demonstrators and began to look for a blind spot. But, something hit him right in the hip. He said he was on the ground for several minutes until paramedics arrived to help him.

With these latest events, there are 29 attacks on freedom of expression and the press during the day of protests. Likewise, digital portals have reported problems when managing their social networks.

With these three cases recorded in Pastaza, Fundamedios counts 27 attacks on freedom of expression and the press during the day of mobilizations in Ecuador

- Advertisement -
Share
Facebook
Twitter
Pinterest
WhatsApp
Previous articleGaramendi (CEO) celebrates Andalucia voting for moderation: “The extremes may be too much for us”
Next articleDavid Martín: “Spain have shown that they are favorites for gold”