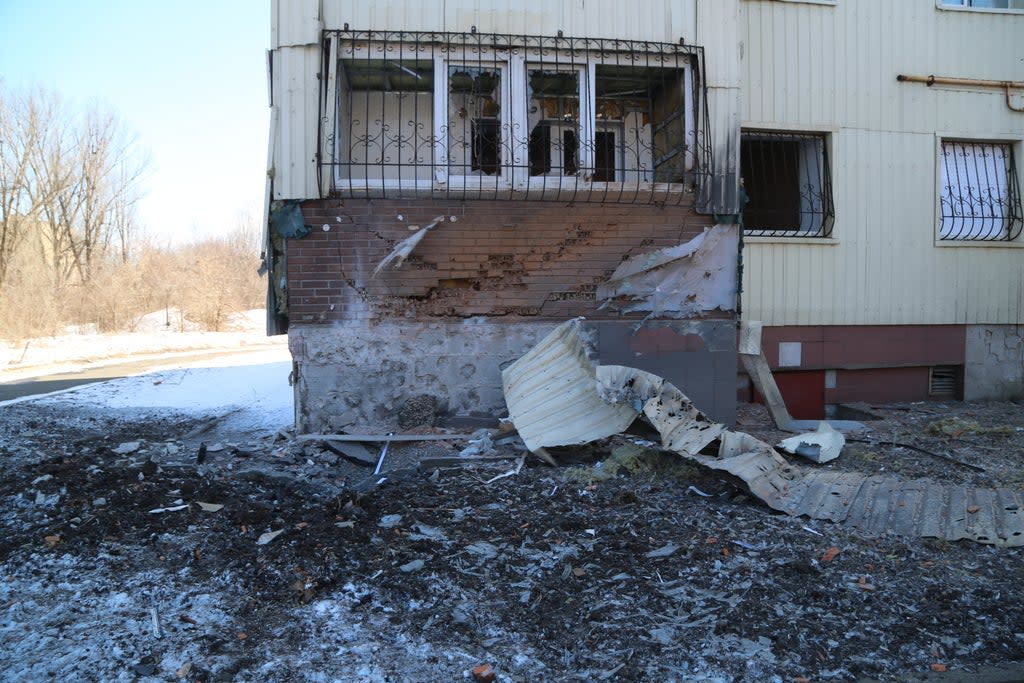 A passenger train on an evacuation flight was attacked in Ukraine’s pro-Russian Donetsk region, killing a man and injuring a woman, according to reports.

The train was hit by debris as it rolled near Brusyn station amid a shelling attack on Sunday, reports Ukrainian railways. His driver died as a result of his injuries.

He claims the train was on an evacuation flight to the town of Lyman to pick up residents fleeing the separatist-held Lugansk and Donetsk regions, when it was caught in a nearby airstrike.

Reports suggest that around 100 children were waiting to be evacuated by the train from Lyman station.

Another woman was also injured in the blast and was rushed to a hospital in Sloviansk, a city in the eastern Donetsk oblast.

The carrier said it is currently working to evacuate crew and passengers from the train.

The head of the Donetsk local government, Pavlo Kyrylenko, said that the occupants had carried out an airstrike on the Kramatorsk-Lviv evacuation train, which he said was attacked around 12 am this morning.

Writing on Facebook today, he said: “All night, Russian planes and artillery attacked the north of the Donetsk region.

“As a result of this cynical crime, one person was killed and another was injured.”

He added: “The occupiers have crossed all possible limits of common sense and humanity. They should receive proper punishment for their hellish crimes!”

Since the war began on February 24, the Ukrainian Railways have evacuated more than two million people, the Ukrainian media outlet reports. Hromadske.