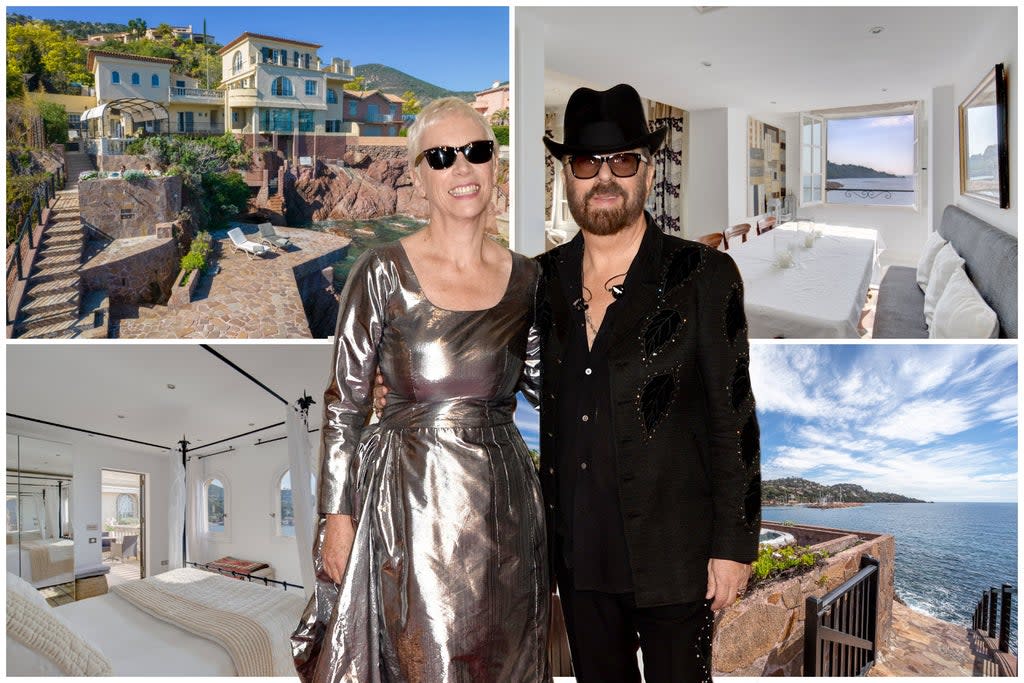 A waterfront home once owned by Eurythmics stars and former couple Annie Lennox and Dave Stewart is for sale for nearly £6m on the French Riviera.

The Sweet Dreams (Are Made of This) duo bought the property in 1988, using it regularly for about 12 years before selling it to Jetpack Aviation founder David Mayman, the five-bedroom home in Théoule-sur-Mer has access to the sea from its large terrace and private jetty.

Villa Neptune, which is located 15 km from Cannes, is spread over 3440 square feet, with an outdoor “summer” kitchen, a Jacuzzi and a gym.

It is one of two houses once owned by Lennox and Stewart in the region; they also had a ranch-style property, in the country above Cannes, surrounded by land. It had a lake, stables, a staff cabin, and a recording studio.

The homes became the “ultimate playgrounds for the couple, their friends and family,” according to Carlton Group CEO Philip Weiser, who is marketing the waterfront property now for sale.

California-based Mayman bought the property from Lennox and Stewart in the 1990s with the intention of using it as a second home, but felt the plot was too big for his young family and chose an alternative, renovating the villa before moving back. to put it up for sale.

It has changed hands at least twice since then and is now for sale through Carlton International for £5,950,000.