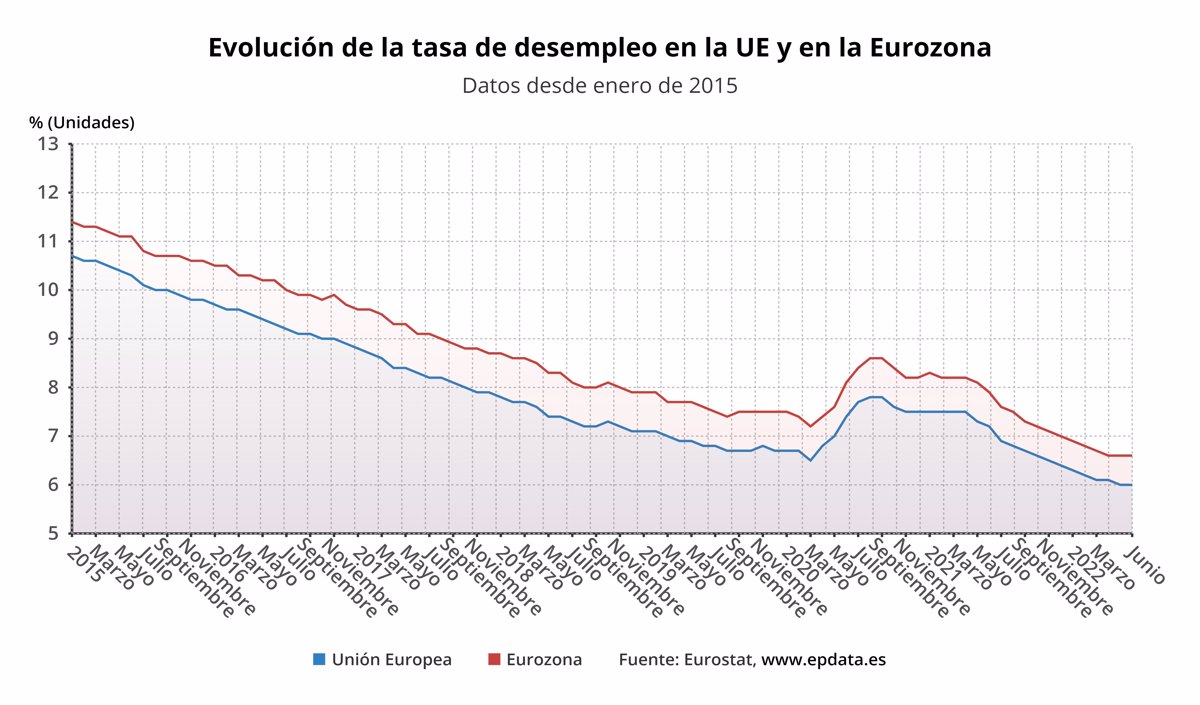 Spain has the highest unemployment rate in the EU at 12.6%

The unemployment rate in the eurozone last June was 6.6% for the third straight month, down 1.3 percentage points from the same month in 2021 and the lowest unemployment rate among the nineteen in the entire historical series dating back to April 1998, based on Eurostat data.

The European Statistical Office estimates that in June 2022 there were 12.931 million people unemployed in the EU, of which 10.925 million were in the euro area. This corresponds to a monthly decrease of 26,000 and 25,000 people respectively.

In absolute terms, the number of unemployed young people in the EU reached 2.546 million people in the sixth month of the year, of which 2.073 million were in the euro area.