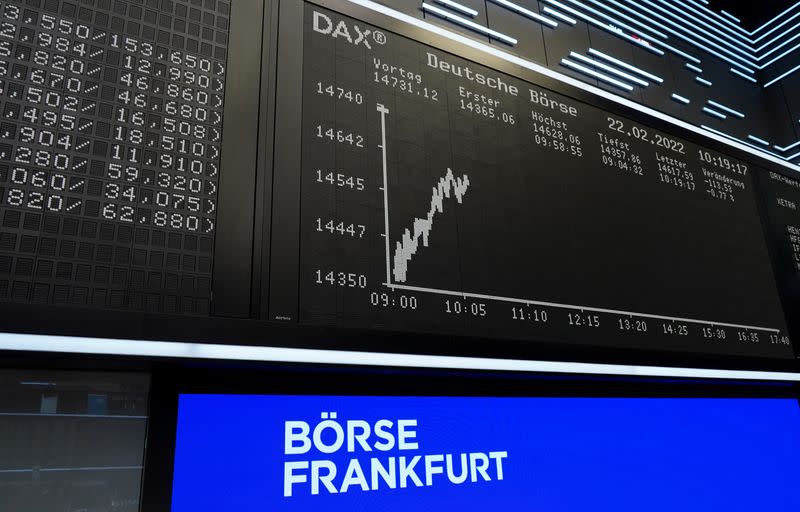 By Sruthi Shankar and Anisha Sircar

* The pan-European STOXX index gained 600 and 0.1%. The benchmark is now within 8% of its all-time high, reached in early January.

* “Bond markets are seen as toxic for investors right now, and high inflation rates make cash toxic too, so there is no choice but to invest in stocks for now, and please of that is the fact that dividends will have to grow over time in step with inflation,” said Stuart Cole of Equiti Capital.

* The sell-off in euro zone bond markets showed no signs of slowing as traders forecast as many as four interest rate hikes from the European Central Bank within a year.

* Ukraine and Russia prepared for the first face-to-face peace talks in more than two weeks on Monday, but a senior US official said Russian President Vladimir Putin appeared unwilling to make concessions to end the war.

* Meanwhile, oil prices fell by more than $9 a barrel after financial hub Shanghai launched a two-phase lockdown to contain a surge in COVID-19 infections. Oil shares plunged 2.1% and posted their worst session in nearly four weeks.

* Credit rating agency S&P Global cut its euro zone growth forecast for the year to 3.3% from 4.4% previously, saying the war-induced rise in energy prices will hit the purchasing power of consumers. homes.