European promises to support Lebanon to avoid a food crisis. What is the relationship between the Ukraine war? 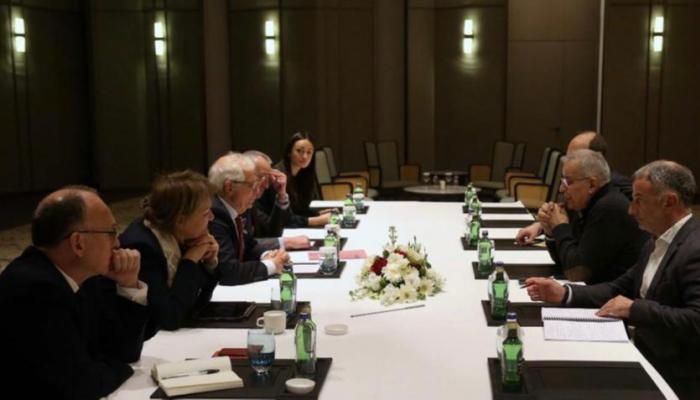 Lebanon received a European promise to provide immediate and emergency aid to mitigate the repercussions of the Russo-Ukrainian war crisis on food security.

This took place during a meeting between the Lebanese Minister for Foreign Affairs, Abdullah Bouhabib, and the High Representative of the European Union for Foreign Policy and Security Affairs, Josep Borrell, on the sidelines of the Antalya Diplomatic Forum, where the repercussions of the Ukraine crisis in Lebanon. , especially at the level of food security and energy.

They also spoke about the negotiations with the International Monetary Fund and the need to reach an agreement before the parliamentary elections so that Lebanon can benefit from the economic aid package assigned to it by the European Union.

Bou Habib and Borrell addressed the dangerous and growing repercussions that Lebanon is still suffering from the presence of more than one and a half million Syrian refugees on its land, and the consequent damage to the Lebanese communities that host these displaced people, due to insufficient assistance from the international community.

Lebanon imports more than 70 percent of its wheat needs from Ukraine alone, while importing the rest from Russia and other countries. Lebanon also imports iron, sunflower oil, grains and others, which threatens to bring them to a halt with a major food crisis. .

Lebanon is facing a strategic stock crisis, as since the explosion on August 4, 2020, the port of Beirut has lost wheat silos and therefore it is no longer possible to store wheat in them, which used to house about 120 thousand tons of wheat. , that is, a need of 3 months.