European League.. Barcelona eliminates Galatasaray and qualifies for the quarterfinals 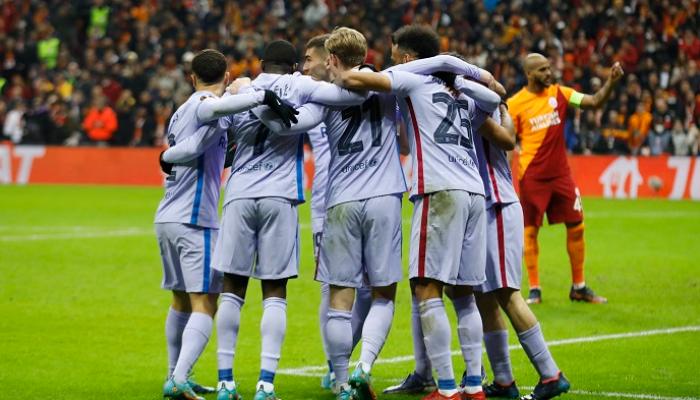 Barcelona continued its path in the European League by qualifying for the quarterfinals at the expense of Turkish Galatasaray, on Thursday night.

Barça managed to defeat Galatasaray at home, 2-1, in the second leg of the round of 16, after the two teams drew goalless in the first leg, at the Camp Nou stadium.

The Turkish team was the first to score through their Brazilian defender Marcao, who headed the ball into the net after 28 minutes of play.

Barça quickly leveled the score after 9 minutes, with a superb goal by Pedri, after dodging the local defenders inside the penalty area.

Four minutes from the start of the second half, Gabonese Pierre-Emerick Obamecano scored the first goal for the visitors.

In another game played at the same time, the Scottish Glasgow Rangers tied at home with the Red Star of Serbia with a goal each.

Rangers qualified for the next round, capitalizing on their first-leg victory with a 3-0 triumph, to win both games (4-1).

Sporting Braga joined the ranks of the qualifiers after holding French hosts Monaco to a one-goal draw in the second round, capitalizing on their 2-0 home win.

Italy’s Atalanta also qualified for the Round of 16 after earning a fatal victory over Bayer Leverkusen in their stronghold with a 1-0 goal, scored by Jeremy Boga in the 91st minute.

Atalanta repeated their victory over Leverkusen after winning the first leg 3-2, to win (4-2) on aggregate.

The teams qualified for the quarterfinals of the Europa League