Europe looks with hope to the negotiations between Ukraine and Russia 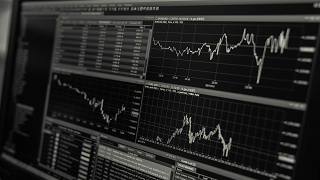 Most stock markets rose and oil fell on hopes of progress in Russia-Ukraine peace talks despite ongoing fighting, while bond markets brace for rate hikes in the US and UK this week.

In Germany the wholesale price index for February will be published, in France the trade balance for January will be published and in Spain the retail sales data for the same month. In addition, the meeting of the Eurogroup will be held. In the US there will be no relevant macro references. The focus of the week will be on the Fed meeting, which ends on Thursday.

JP Morgan lowers the recommendation for BBVA from “overweight” to “neutral”, and lowers the price target from 7.30 to 6.20 euros (Reuters)

Deutsche Bank, which has faced harsh criticism from some investors and politicians for its ties to Russia, said in a surprise move on Friday that it was closing its business in the country. (Reuters)

Diplomatic efforts to end the war in Ukraine have intensified, with Ukrainian and Russian negotiators set to talk again after both sides said progress has been made, including after Russia attacked a base near the border. with Poland and increased fighting elsewhere. (Reuters)

Eurozone finance ministers are likely to back the European Commission’s view that fiscal policy should shift from supportive to neutral in 2023, but they should be ready with more cash if the war in Ukraine makes it necessary. (Reuters)

Iran attacked the northern Iraqi city of Erbil on Sunday with a dozen ballistic missiles, in an unprecedented assault on the capital of Iraq’s autonomous Kurdish region that appeared to target the United States and its allies. (Reuters)

– The Minister of Foreign Affairs, José Manuel Albares, interview at the European Forum in Madrid (09:00 a.m.)

– The Minister of Agriculture, Luis Planas, intervenes and an informative breakfast of Europa Press in Madrid (09:00 a.m.)