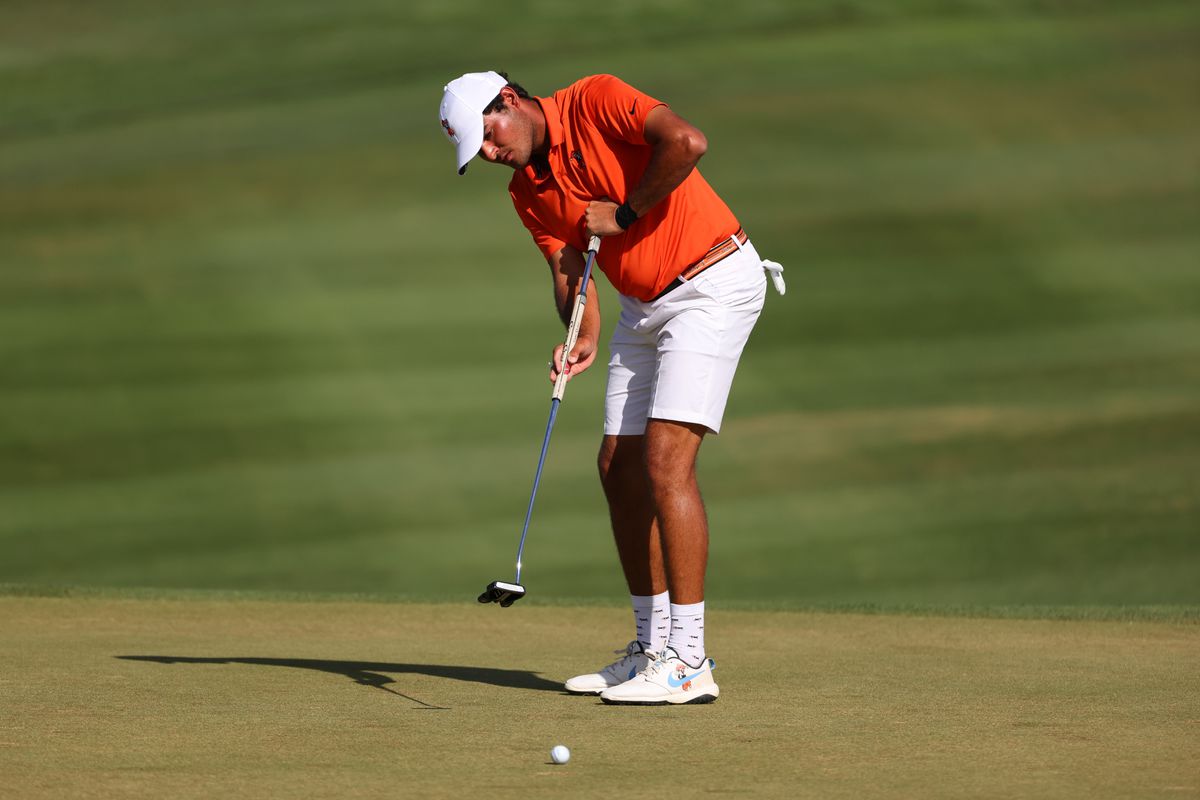 A future at the price of gold. Saudi league buys Spanish Gulf’s big promise Eugenio López Chacarra, 22 and number two in the amateur world, has taken an unexpected turn in his promising career, signing for the multi-million dollar LIV golf project, swollen with the addictive ingredient of petrodollars, as a gateway to sports pro. The man from Madrid gave up the leap into the elite a few weeks ago to continue his education at the University of Oklahoma, where he is studying a double degree in finance and psychology, and continue to compete in the powerful American university circuit. where the best jewels of world golf are. This decision seemed like a wise move in a world dominated by the demand for rapid growth. Even before they get their teeth on the pro planet, the pups talk about being number one and winning a big one. He also. Chacarra calmly commented at the time: “It wasn’t an easy decision, there was a lot of money at stake, but not everything in life is money. I’m going to do my bachelor’s degree like I promised my parents.”

From that caution to today’s triple jump, a chest brokered gold. The Saudi league has offered him a $10 million contract to play in their tournaments for the next two seasons, a firm deal that can be extended to an additional $5 million for a third year if he meets qualifying targets. An “irrevocable” offer, as Chacarra explains to this newspaper, that made him change his future and join the rebels. Next week, the groundbreaking project will play the second of the eight courses at this Portland course (it will be the third Spaniard alongside Sergio García and Adrián Otaegui) and jump into the ring as a pro.

“It’s a great opportunity. It’s a lot of money and I have to take advantage of it. I think of myself, my future and that of my family,” says Chacarra. “As I am not a member of the American Circuit or the European Circuit, but have been an amateur up until now, I am not parting with anyone, I have no obligation. They can’t deport me or fine me because I’m not doing anything illegal, I’m just taking this opportunity and this offer. I am very happy. I’m accepting a big deal and going forward, as I’m not sanctioned now, I’m leaving the door open to be able to reach the American circuit if the opportunity arises.

The case of Eugenio Chacarra is an example of the path that many Spanish athletes are taking today before joining the Saudi league: studying at American university and competing. In Oklahoma this year, the Madrid man has racked up three wins and eight top-ten finishes by displaying great long play and bold and attractive style, and he’s defeated the prestigious Ben Hogan Award for Best of the Season defended. That service record allowed him to play next year’s Korn Ferry Tour, the previous step onto the American circuit, and enjoy up to seven invitations to rub shoulders with the stars of the PGA. But that horizon has closed with the opening of the magnificent Saudi briefcase.

Chacarra will play the remaining seven tournaments of the new league and qualify for the European circuit, which for the time being has opted for the economic penalty (€116,000) for dissidents instead of ejection. The downside will be the difficulty of adding many points in the world rankings. In turn, you will see a lot of zeros in the bank account.

The boy who trained with Seve

The publication Golfweek recently included Eugenio López Chacarra in a list of 10 golfers he bet would win on the PGA Tour next year. So far, thanks to invitations, the Madrid native has played three tournaments on the American Circuit, with a 45th place at Sanderson Farms as his best result (two failed cuts) and is number 1,785 in the world. “I like the game in the United States, it depends on my ability to hit hard and high,” explains Chacarra. His sister Carolina, who is three years his junior, also has a hard time in the American university circus.
The man from Madrid had reached this step before the top after a path of firm steps. The Saudi league newcomer recalls training with Seve Ballesteros at the age of six or seven, with whom he fell in love at Pedreña in the summer because his paternal family is from Santander. The legendary player even let him into his trophy room and picked up the British Open Champion cup.
Another illustrious training partner was Gareth Bale. Chacarra met the Welshman at Madrid club La Moraleja, of which both are members. Eugenio recalls the time he saw the then-Madrid forward training alone, he approached him, they started chatting and a friendship began beyond the green. Chacarra and Bale even shared an afternoon of video games at the Welsh footballer’s home.